.Fired for Being Pregnant?

A complaint filed by music conductor and composer Eímear Noone alleges that Jason Michael Paul Productions terminated her simply because she was an expectant mother. 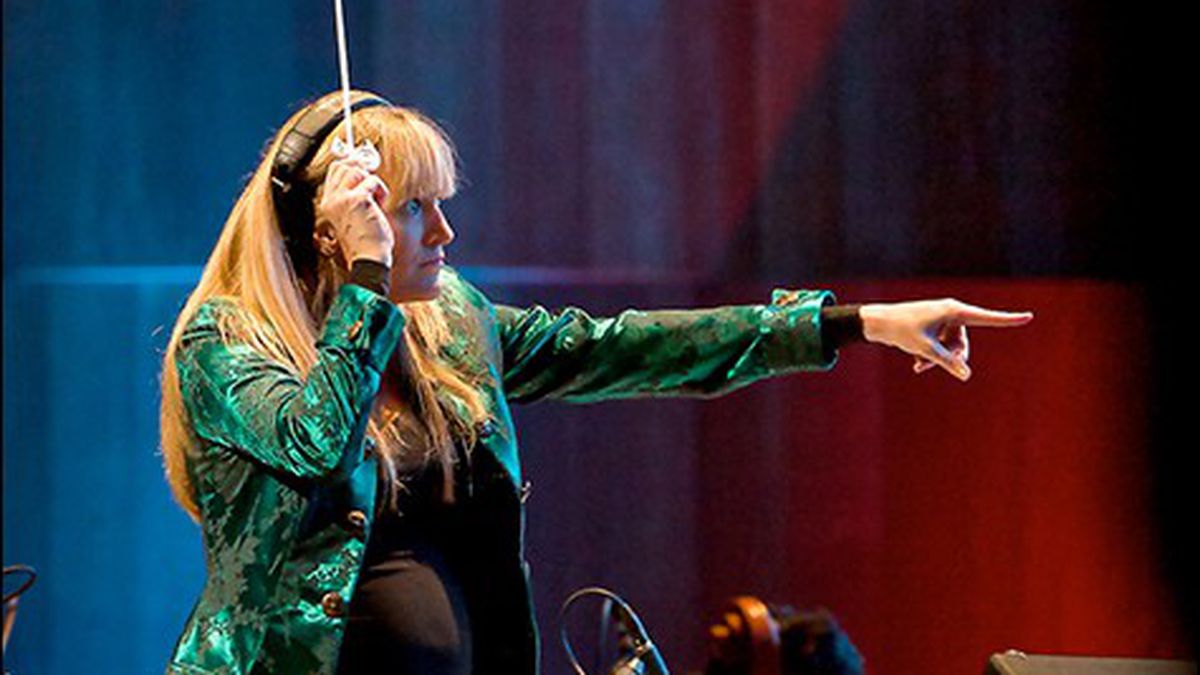 Eímear Noone was 26-weeks pregnant when she walked on stage to conduct a performance of The Legend of Zelda: Symphony of the Goddesses in Austin last June. While standing during the introductory remarks made by one of the show’s producers, the conductor suddenly felt dizzy. After the performance, she asked the producers of the touring show — a four-movement symphony based on themes from Nintendo’s Zelda video games — if they could shorten their unscripted comments or let her sit on a stool during their speeches, which happen several times throughout each performance. According to Noone, they did not grant her request, even though she made multiple inquiries about such accommodations. A month later, the producer told her she would not be performing at the next show, and in August, fired her altogether, she said.

These allegations are the subject of a complaint — the first step in a formal lawsuit — Noone filed with the California Department of Fair Employment and Housing last week, which states that the San Francisco-based producer of the tour, Jason Michael Paul Productions, discriminated against her because she was pregnant. Equal Rights Advocates, a national civil rights organization based in San Francisco, is representing Noone.

“I was completely heartbroken,” Noone said in an interview. “I never did anything that wasn’t at 110 percent.”

The complaint comes after Equal Rights Advocates attorneys sent a letter to Jason Michael Paul Productions in November threatening legal action if the two parties could not reach a resolution.

“The producer essentially saw her pregnancy as a problem,” said Jennifer Reisch, legal director at Equal Rights Advocates. “Rather than working with her to make it possible for her to continue, [owner Jason Michael Paul] removed her from the tour. We think it’s a pretty clear case of discrimination based on pregnancy.”

Paul did not respond to requests for comment about the complaint. He did, however, deny the allegations in a phone interview last month after Noone’s attorneys first sent him a letter. He said he was not aware of Noone’s requests for a chair and, if he had been, he would have supplied one for her. He said that she did raise concerns about feeling dizzy during the performance and that he was concerned for her well-being. “I was looking out for her best interest fully,” he said, adding that, given her complaints, he feared she might collapse on stage. “Honestly, I was scared.”

Paul said he told Noone it seemed best that she take time off temporarily and “focus on having a baby.” He also said that he ultimately did not invite her back to the tour for reasons unrelated to her pregnancy — rather, he said, it was because she was working on a video game proposal that he said posed a conflict of interest. (Reisch responded that the project is not a conflict of interest and is also irrelevant to Paul’s actions.)

Paul, who also co-founded Coffee Bar in San Francisco, called the allegations “so ridiculous, it’s not even funny.” He also noted that he does not disciminate in his hiring practices, has a young daughter, and hired a female conductor to replace Noone, a Malibu-based composer and conductor who had been on tour with the company since 2011.

California law makes it illegal for an employer to discriminate against or harass an employee because of her pregnancy and mandates that an employer provide up to four months of “disability leave” for a woman who is, as the language of the law states, “disabled” due to pregnancy, childbirth, or a related medical condition. Another component of the law requires that employers provide “reasonable accommodation” to a pregnant employee when requests are made and that they engage in a “good faith interactive process.”

According to Noone’s complaint, Paul sent an email to her attorney stating that he removed her “out of fear for her health” and at one point made a comment saying he did not want to be “responsible for” Noone’s pregnancy. The complaint also states that Paul’s actions caused Noone to suffer from panic attacks and nightmares, in addition to anxiety from the lost wages and financial instability.

Her attorneys are asking for back pay from shows in August, November, and December; the tour ended in San Jose last month. The complaint also alleges that Jason Michael Paul Productions retaliated against Noone for requesting accommodations and failed in its legal obligation to notify her of her rights under California’s Pregnancy Disability Leave Law.

According to women’s rights advocates, discrimination against pregnant women is rampant, especially in male-dominated professions such as the classical music industry. An article in the New Yorker published in October noted a series of overtly sexist comments made by high-profile male conductors (e.g., “The essence of the conductor’s profession is strength. The essence of a woman is weakness.” And: “A sweet girl on the podium can make one’s thoughts drift towards something else”). A 2012 Equal Rights Advocates report called “Expecting A Baby, Not A Lay-Off” noted that the number of federal pregnancy discrimination charges has increased dramatically, from 3,977 in 1997 to 6,119 in 2010. In California, there were 1,036 pregnancy discrimination charges in 2010, which reflected a slight decrease from 1997 — a fact that could be attributed to stricter laws in the state. Equal Rights Advocates has advocated for better protections at the federal level, and a Pregnant Workers Fairness Act that would resemble California’s policy is now pending in Congress.

Therese Lawless, a San Francisco attorney who routinely represents women in pregnancy discrimination cases, said that she has seen a rise in these allegations since the economic downturn as “employers want 125 percent out of their employees.” Often, she said, “Women request accommodations and all of a sudden, they are mysteriously having performance problems.”

Noone, 36, said she felt obligated to speak out so that Jason Michael Paul Productions and other employers are discouraged from taking similar measures against pregnant women in the future. Her husband, Craig Stuart Garfinkle, said they considered dropping the matter, but added, “If we don’t stand up and speak out in this situation, who is going to?”

Additionally, Noone said she wanted to set the record straight for supporters of the symphony who have inquired about her absence and who, during the tour, nicknamed her baby the “little Hylian,” a Zelda reference. She’s well known in the video game community and is now part of the composing team for the new video game World of Warcraft: Warlords of Draenor. But she’s still disappointed that she didn’t get to finish the Zelda tour. “I feel nothing but pure joy on the stage,” she said. “I gave my heart and soul [to the audience] and they gave it right back to me.”