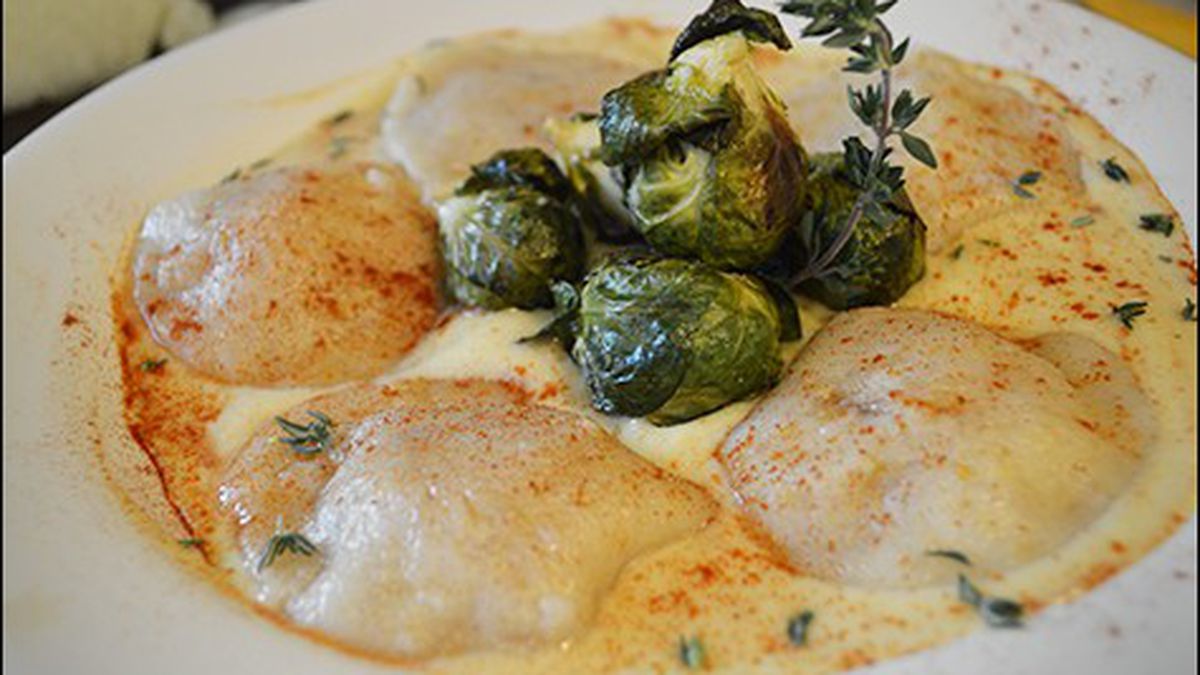 Now that Jay Z and Beyoncé have started dabbling in veganism, it’s safe to say that plant-based diets are enjoying previously unimaginable levels of mainstream acceptance in the United States. Yet, for better or worse, the vegan restaurant scene is still dominated by funky little cafes and Buddhist temples of mock meat. “Vegan” and “fine dining” rarely go hand in hand.

Barry and Jennifer Jones Horton, owners of a San Pablo-based vegan catering company called Local Love Catering, want to change that. Having completed a $25,000 Kickstarter campaign, the husband-and-wife team plans to open Sanctuary Bistro, an upscale vegan and gluten-free restaurant they hope will set itself apart from the East Bay’s crowded field of casual veggie-burger slingers.

Since the Kickstarter campaign ended in September, the Hortons have been meeting with private investors and have scouted out potential locations, mainly between downtown Oakland and Lake Merritt, as well as in North Berkeley. They hope to secure a space by next February and to open in the spring of 2014.

Chef Barry Horton, who was previously the executive chef at Ravens’ Restaurant (a vegetarian restaurant in Mendocino), said that while the Bay Area has had its share of upscale vegetarian dining establishments — San Francisco’s Millennium and Napa’s now-shuttered Ubuntu come to mind — few have been entirely vegan, and none, to his knowledge, are also gluten-free. (Horton’s wife has celiac disease.)

Horton said his menu will have a “flavors of the world” theme, with an emphasis on local and seasonal ingredients. One of the signature dishes will be a gluten-free ravioli, which will feature pasta dough made from quinoa, tapioca starch, and potato starch. Other offerings might include Louisiana red beans and dirty rice with crispy portobello mushrooms, tempeh “meatloaf,” and a seasonal harvest salad, which, during this time of year, would highlight fruits like persimmons, pomegranates, and pears.

Despite his “fine dining” aspirations, Horton promised that prices will be moderate, with entrées in the $15 to $20 range.

Although the restaurant’s Facebook page is dotted with PETA talking points and photos of animal sanctuaries (a different one of which will receive 5 percent of the restaurant’s profits every quarter), Horton stressed that he doesn’t view Sanctuary Bistro as an “activist” enterprise — he said they even shied away from using “vegan,” which sometimes has a negative connotation, in the restaurant’s name, instead opting to describe it as a “plant-based bistro.”

“We’re trying to open people’s mind to a plant-based diet through tasty food in a comfortable environment, where they feel like they’re at home,” he said.

Of course, there’s a harsh reality at play: Sanctuary Bistro will need to appeal to omnivores if it is to survive. All told, Horton said, vegans, vegetarians, and people on gluten-free diets only account for about 8 percent of the population.

So he’s banking on the popularity of the “Meatless Monday” movement, for instance, to get non-vegans in the door, and he plans to run a special four-course prix-fixe menu every Monday to take advantage of that fact. Also helpful will be the Bay Area food community’s general open-mindedness toward different kinds of food.

“It would be next to impossible to open this restaurant in my home state of Kansas,” Horton said.

Fans of the decadent sandwiches and whole-animal ethos at Marrow (325 19th St., Oakland), Jon Kosorek’s walk-in closet of a takeout counter in Uptown, will be pleased to know that the chef-owner is making moves to expand into a full-service restaurant. On Marrow’s Facebook page, Kosorek recently announced that he’s submitted a letter of intent on a larger space — also in Uptown, he told What the Fork. The new location would allow Marrow to morph into more of a sit-down restaurant, with a full liquor license and plated entrées that don’t need to fit within the constraints of a takeout container.

Now comes the hard part: Kosorek said he has ninety days to raise the $250,000 he needs to be able to buy that location (or one of the handful of others he has his eye on). So, if you’re a millionaire with a taste for really, really good patty melts, Kosorek needs your help. “Basically, for Marrow to continue I need to find a larger venue and financial partners to help make that happen,” he said.

Speaking of expansions, after a successful Kickstarter campaign that raised more than $11,000, the collective-owned Alchemy Cafe opened last week in its new South Berkeley location at 1741 Alcatraz Avenue. The new 540-square-foot space is a big upgrade from Alchemy’s original cafe, which was only about a quarter the size and had neither running water nor a customer bathroom. Chris Myers, one of the worker-owners, told What the Fork that, in order to staff its growing operation, the collective has added three new members on a trial basis, bringing the total to eight. Meanwhile, expanded food offerings might include breakfast tacos, poached eggs, steel-cut oats, and cinnamon toast for breakfast, and soup and a salami sandwich for lunch.