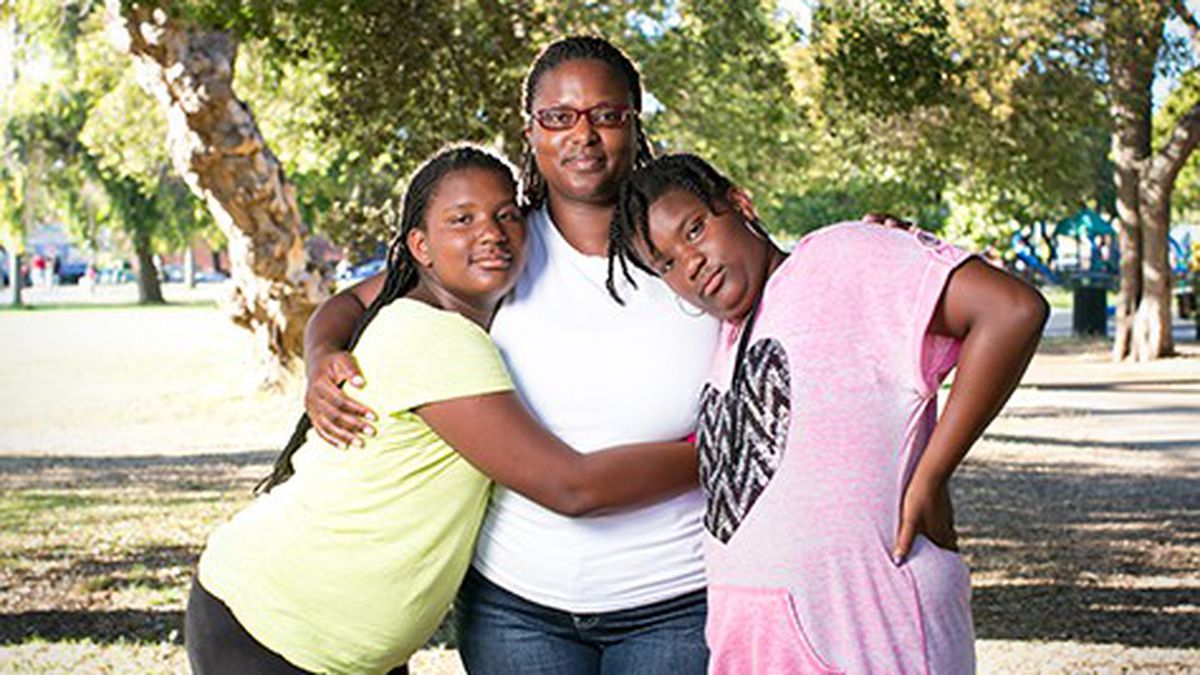 Families and teachers say Oakland Unified is not meeting the needs of special ed students, but a lack of federal funds has created a huge financial burden for the school district.

When Isabel Austin-Karlinski was in elementary school, she sometimes had to rely on other students in her class to help her with basic tasks and assignments. Austin-Karlinski, who is now in the eighth grade, has cerebral palsy, a disorder that impedes her muscle movement and entitles her to a range of special education services within the Oakland Unified School District (OUSD). “Izzy is a really smart, able kid,” said her mother, Barbara Austin. “She just can’t walk, and her hands don’t work very well. But her mind and everything else works really well, and she really will make a difference in this world.”

But when Austin-Karlinski was in third grade at Carl B. Munck Elementary in the Oakland hills, she did not receive the one-on-one support she needed from her special ed aides, who were very overworked, her mother recalled. Instead, classmates at times assisted her with math or writing, which was socially challenging and made it harder for her to progress academically.

Austin-Karlinski’s parents transferred her to a private school in fourth grade — where she received much more individualized attention — but returned to OUSD for middle school because they could no longer afford tuition. Her parents’ frustrations with the limitations of OUSD’s special ed department aren’t unique. Over the last year, families, teachers, and disability rights advocates have increasingly pressured the school district to reform special ed and expand funding and resources for students with disabilities. At the same time, OUSD, like districts across California, continues to struggle with huge special ed budget deficits due to inadequate federal funding.

The fight for increased investments escalated this year during tense teacher contract negotiations and in the wake of a formal special ed complaint that advocacy group Disability Rights California filed with the California Department of Education. In the debate over the contract and in the state complaint — which alleged that OUSD has violated federal laws protecting students with special needs — critics argued that the district has not hired an adequate number of teachers and aides to meet the needs of this population.

“The caseloads of these teachers are just so extraordinary,” said Lisa Rasler, whose daughter is enrolled in a special education program at Oakland Technical High School. “It seems impossible to provide the kinds of services that children are legally entitled to.”

In 2013-14, the dropout rate of special ed students in Oakland was 29.6 percent, which was significantly higher than the statewide rate of 16 percent.

But despite the IDEA mandate, the federal government has failed to provide enough special ed funding, forcing local education departments to dip into their general funds to provide necessary services. The IDEA calls on the federal government to finance up to 40 percent of special ed costs — but the funding has never come close to that rate. In California, the IDEA grant currently covers roughly 11.5 percent of special ed costs.

That disparity, combined with the high costs of educating students with disabilities, meant that in 2012–13, OUSD was forced to take $26 million from funds earmarked for general ed students and spend it on special ed. That $26 million was more than 33 percent of Oakland’s total $79 million special education budget that year.

The lack of federal funds drove the district this year to refuse a request by parents and teachers of special ed students to agree to maximum caseloads and class sizes for special ed in the new teacher’s contract. Instead, the district agreed to targets — for example, aiming to cap K–12 special ed classes for students with mild to moderate disabilities at fourteen students per class by 2016–17. OUSD spokesperson Troy Flint said it was not fiscally responsible for the district to agree to class-size maximums.

As part of the contract approved in June, the cash-strapped district did agree to give Oakland teachers a much-needed 14 percent salary increase in phases over eighteen months; Oakland instructors have consistently had the lowest wages in the region, despite the high cost of living, and this increase constituted the largest raise for OUSD teachers in ten years.

While families and advocates continue to call on OUSD to invest more in special ed, some California education officials are quick to point out that school districts face huge challenges when trying to meet federal requirements without the accompanying fiscal support. “The costs of special education are continuing to rise, and the feds are paying less than they ever have,” said Mary Samples, a Ventura County special education official who recently chaired the finance subcommittee of a state task force evaluating special ed. “Anything that is not available through the funding that we get … has to be made up by the district. … Then you have less discretionary money.”

Still, Oakland parents and teachers say unmanageable class sizes in special ed make it much harder to retain instructors from one year to the next, which can hurt the quality of students’ education over the long-term. Caitlin Everett, an Edna Brewer Middle School teacher who has taught “special day classes” — meaning segregated classes exclusively for youth with special needs — for ten years in Oakland, said she only knows of one other OUSD special day class teacher who has stayed in the position for that long. Everett said instructors struggle tremendously when trying to juggle packed class schedules while also effectively acting as case managers for a large group of students. “These students need a significant amount of support,” she said.

At Oakland Tech, some special day classes may have students from four different grades with more than five different types of disabilities, said Natalia Cooper, a special ed teacher. “You just spend so much time planning to differentiate for students’ different learning needs, and on top of that, there are social and emotional needs, which are huge in Oakland.”

Beyond the push for more staff resources and individualized attention, parents and advocates said they wanted to see a philosophical shift in OUSD — with an increased investment in so-called “inclusion programs.” In this model, students with disabilities are integrated into general ed classes instead of separate, special ed-only classrooms.

Under the federal IDEA, districts are obligated to place special ed students in the “least restrictive environment,” meaning including them in mainstream classes when possible — and giving them special attention in that environment. This integration into the general population can be very expensive in terms of staff resources, but families said the investment leads to major payoffs.

Tiffany Hester — whose twin daughters MaShay and Taylor are in a special ed inclusion program at Montera Middle School in Montclair — said this integrated model has made a huge difference for her kids. But Hester said she wished the program had more staff and that there were more inclusion opportunities throughout the district. “It’s a very rare case where a child with special needs can … perform at their level with their peers. It allows every child to have their strengths shine,” she said. “And they want to blend in and they want to be connected.”

For Austin-Karlinski, who enrolled in the same Montera inclusion program after two years in private school, the opportunity to be included in a mainstream class has been key to her progress. “It’s just changed Izzy’s life,” said Austin, her mother, noting that special ed aides have taught her how to use iPad technology that enables her to do the same work as her peers. Both Montera families said their students’ success was a result of the exhaustive efforts of their special ed inclusion teacher, Celina Andrade, who works with other teachers and parents to design modified curriculum and manage individual education plans. “When it works, it really does,” said Austin, adding, “the only problem is they only have one Celina.”

Hester also noted that the program functions best when teachers have enough time — and small enough caseloads — to communicate extensively with parents: “A child’s success must include the child, the parent, and the teacher. The three of us need to collaborate, but the time to do that is just not built into [teacher’s] contracts.”

Andrade said that several years ago, her caseload doubled when another Montera inclusion teacher left the school and was not replaced. As a result, she said, she is limited in the support she can provide outside of classroom work and curriculum development. “With special ed, it needs to be a holistic package.”

The Disability Rights complaint — filed on behalf of ten students and currently under review by the state — alleged that OUSD has failed to provide necessary funds, mental health services, and behavioral support to accommodate students with disabilities in general ed, and instead unnecessarily isolates students in special ed classes.

Flint, OUSD spokesperson, said the district is increasingly moving toward an inclusion model for special ed. But he also said the complaint contained “inaccuracies and misrepresentations,” and that the district was contesting the allegations. But he declined to provide specifics.