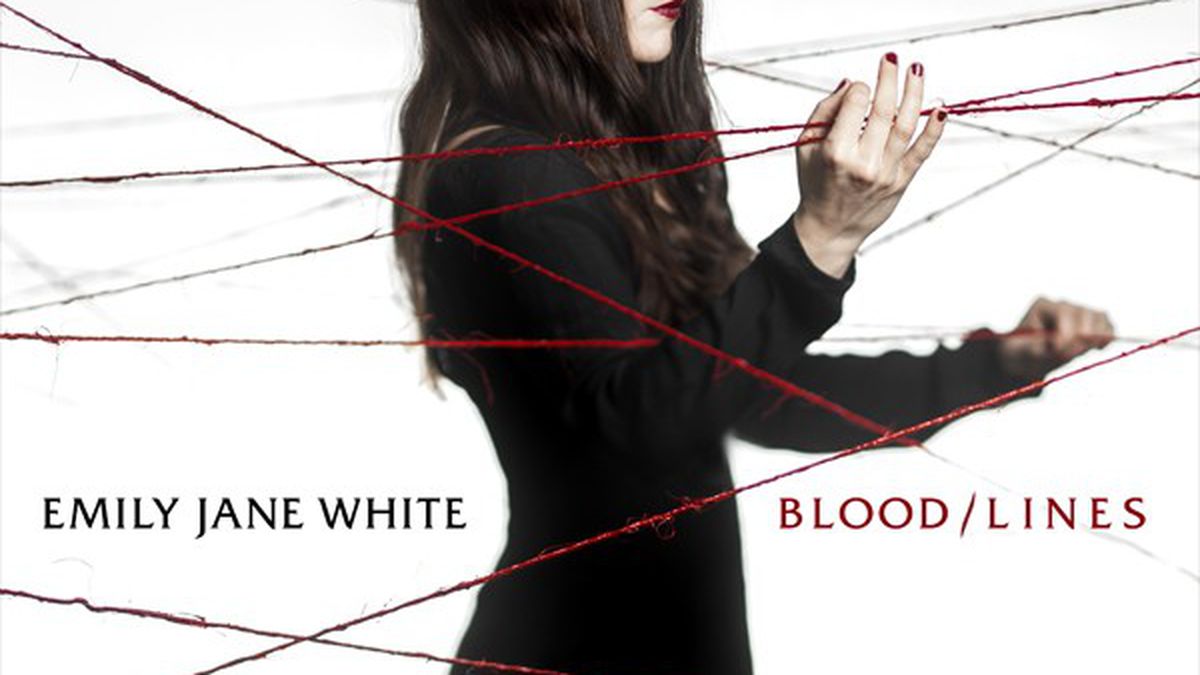 Emily Jane White grew up in Fort Bragg, a small city located on the starkly beautiful Mendocino coastline. In an email, she wrote that while she was “extremely lonely at times,” she’s grateful for the immense solitude and quiet ­the landscape provided, because it was “perfectly carved out for contemplation, introspection, and introversion.” Indeed, her dark folk music is infected with a deep sense of melancholy. But Blood/Lines, her fourth album, is neither bleak nor hopeless: The Oakland resident finds beauty, comfort, and solace in the expression of sadness.

Blood/Lines is driven rhythmically by electric guitar and rippling piano. Coupled with heavy drums, the result is a great sense of urgency and drama. Each song sounds as though it’s racing toward something important and meaningful. Her husky, powerful voice (which is similar to Natasha Khan’s of Bat for Lashes) holds up against grandiose, sweeping melodies and the orchestral quality of her songs. Blood/Lines is darker, heavier, and more rock-forward than her previous three albums (mostly because it has less acoustic instrumentation and more reverb), but it’s somber, never ugly. White is an emotive, sincere songwriter.

The best part of Blood/Lines may be White’s keen sense of vocal layering. On wintry “Wake,” the oohs and aahs are eerie and affecting: Shivers still run up and down my spine after listening to it countless times. It lends her music an even greater ghostly gravitas than it already had. (Important Records)

Your Daily Lick: Rupa and the April Fishes