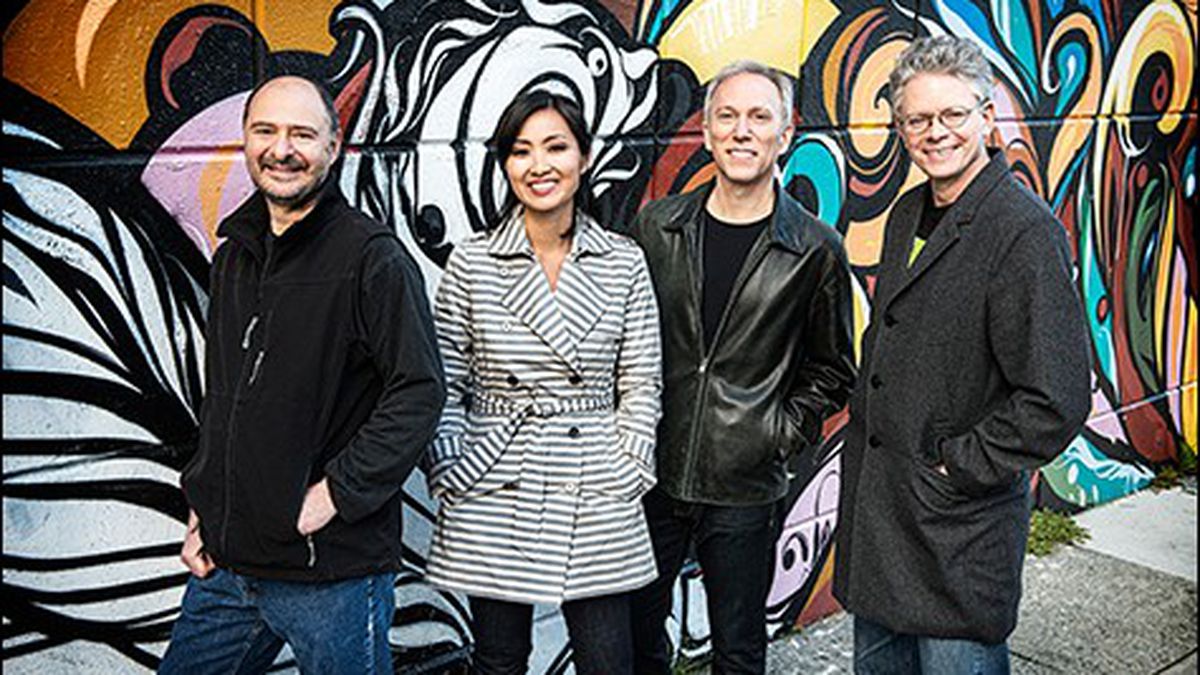 David Harrington lives in an ever-expanding sonic universe. Colleagues, friends, mentors, and even strangers know him as a collector of recordings. As a new music ambassador and founder of the Kronos Quartet, Harrington has embraced an eclectic mix, including Beethoven, Jimi Hendrix, sounds from nature, and the haunting voices of Holocaust survivors. In its forty years of existence, the Kronos Quartet has commissioned more than eight hundred new string quartet arrangements, yet there’s one sound Harrington is forever seeking.

“I want Kronos to be an opportunity for each composer’s best piece,” he said. “I’m always listening. I’m hoping to create bulletproof music that can protect people from harm.”

Kronos was born in August 1973, when Harrington returned to his hometown of Seattle after playing violin in an orchestra he’d joined in Canada in order to avoid the draft. That’s when he heard George Crumb’s “Black Angels.” In a world discombobulated by the Vietnam War, Crumb’s startling composition allowed Harrington entry into split-second clarity about the kind of music he wanted to play.

“It’s why I started the group,” Harrington said. “I had to play that music.”

Kronos was a hodgepodge of fluctuating members during its infancy, until a series of performances and residencies led the quartet to San Francisco and Mills College in 1977. Offered stability by a Chamber Music America residency grant and a compelling collaborator in the form of faculty composer Terry Riley, Harrington, fellow violinist John Sherba, viola player Hank Dutt, and cellist Joan Jeanrenaud played through existing 20th-century string quartet literature, then began commissioning new works and exposing themselves to a different way of playing. Riley “created an amazing musical tapestry” for the quartet, said Harrington. “Terry taught us the lack of vibrato.” String players typically use vibrato to elicit expression from their instruments, so Riley’s less-traditional bowing technique was radical. Lessening the vibrato widened the group’s auditory spectrum, resulting in unprecedented precision and a unique quality.

It was Riley who also helped usher the group down unexplored aisles with a fearlessness that soon had it performing works like Morton Feldman’s “Second Quartet” — a six-hour work they trimmed to four, then eventually had to abandon playing after its extended length resulted in injuries — and Steve Reich’s evocative “Different Trains.” That latter composition employed looped recordings of Jewish travelers’ accounts of Holocaust-era train trips and pre-recorded Kronos tracks that required exact synchronization with live performers.

After the two-year jaunt at Mills College, Kronos expanded its repertoire to include string quartets created by Henryk Górecki, Phillip Glass, and artists from Africa, Mexico, China, Azerbaijan, Finland, Romania, and more. Its momentum was thrust further forward via collaborations with David Bowie, historian Howard Zinn, pipa player Wu Man, and indie-rock guitarist Bryce Dessner of the band The National. Rolling Stone compared the group to The Beatles, dubbing the members “classical music’s own Fab Four.” Today, the quartet has released more than fifty albums. Kronos has created a microcosmic world library, with a menagerie of artists whose closely cultivated relationships produce uncommon, unpredictable performances.

“A concert is a communal event where people watch music being made,” Harrington said. “We have no control over it: It’s totally wild and free.”

Matías Tarnopolsky, the executive and artistic director of Cal Performances, which is hosting the quartet’s fortieth birthday concert, said Kronos makes profound connections between culture and music. “This group of musicians is engaged in the world of ideas, in connections we can all create as musical citizens,” he said. He’s thrilled the birthday celebration will be followed by Kronos’ artists-in-residence project, which will include master classes, a symposium, community musical events, and the April 6 world premiere of Aleksandra Vrebalov’s Beyond Zero.

Harrington said today’s audiences “entirely challenge” Kronos with their engagement and energy. The group’s nonprofit Kronos Performing Arts Association is commissioning original works through a relatively new initiative, the Under 30 Project, which invites young composers to create pieces for the quartet. After forty years, he’s inspired to be making discoveries with new and longtime friends he admires.

“Kronos is my instrument. I deal with the violin to be in Kronos,” Harrington said. “Hank has been here 36 years; John for 35. And Sunny Yang [who joined in June 2013] has grown up with our music. The dynamic is fabulous.”

But there was a dark hour during Harrington’s forty-year watch — a time when he considered putting his violin down. “In January of 2003, I became a grandfather for the first time. At the same time, Bush, Cheney, and Rumsfeld were organizing the invasion of Iraq. On one side I was ecstatic; on the other, I was fearful of where we were heading. I was questioning the value of being a musician.”

Harrington didn’t mention his inner turmoil to the quartet; he sought solace from Zinn, whom he knew from the group’s previous collaboration. Harrington asked Zinn one question: “What can a normal person do?” Zinn said powerful people were afraid of musicians and those who create experiences outside of reality. The repositioning — seeing himself as someone who could issue a forceful, effective clarion call for peace and non-military solutions — gave him confidence. “He helped me find my way back,” Harrington said.

Kronos’ four decades have brought acclaim, awards, and audiences to the string quartet’s late-20th and early-21st century repertoire. Tragically, the years have not yet brought the bulletproof music Harrington has been seeking. Wars and strife still prevail. But until such a treasure is unearthed, Kronos will joyfully continue its pursuit. Said Harrington, “The best music has not yet been written; the best note has not yet been played.”

‘Diary of a Chambermaid’: Service with a Snarl

Some @#$%*!# Insight into Oakland Homicide