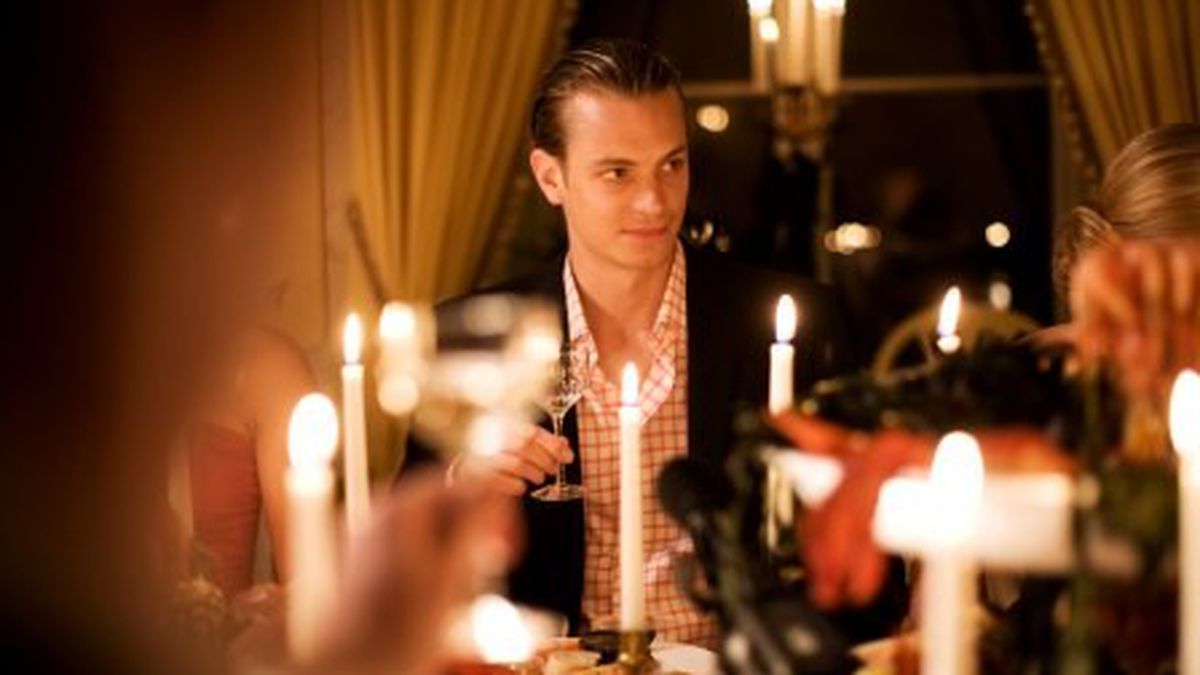 Its
protagonist is a handsome, studiedly elegant business school A-student named
Johan Westlund (played by Joel Kinnaman), whom everybody calls JW. JW comes
from modest circumstances but compensates for that by manufacturing a more
glamorous life story and sucking up to rich classmates. He’s the kind of guy
who pins up menswear fashion-mag spreads in his bachelor pad. On the side, in order
to finance his lifestyle, he also moonlights as a taxi driver for a company run
by Albanian and Middle Eastern thugs — which is where his troubles begin.

Alongside
JW’s thread we witness the jailbreak of Jorge (Matias Varela), a Latino Swedish
resident and career criminal who wastes no time hooking up with the same goons
JW works for. Their plan: to bring in a container of cocaine from Germany. JW,
a noncombatant if there ever was one, lands the job of hiding the red-hot Jorge
in his flat, but then doubles down by offering his MBA services and banking
connections to the smugglers. Little do they know it, but a rival outfit of
even more ruthless Serbian gangsters, including a conflicted hit man named
Mrado (Dragomir Mrsic), is planning to rip off the dope shipment.

So
we’ve got Serbian hoods battling Albanian and Latino dope dealers battling
cops, with out-of-his-league JW well past the point of no return, still trying
to impress his society girlfriend, Sophie (Lisa Henni). Something’s gotta give.
The progress of JW’s ambitions alone would make a dandy drama, ditto JorgeÕs
role as a representative of Sweden’s burgeoning multicultural society, ditto
the subplot of brutal Mrado and his little daughter Lovisa. Swedish filmmaker
Espinosa, whose Safe House
played earlier this year with Kinnaman in a supporting role, conducts this busy
scenario with great urgency. The Kinnaman-Varela-Mrsic combo clicks. Easy
Money is a 2010
production and the sequel, Snabba Cash II, has evidently already opened in Europe. The Scandinavian
resurgence continues.