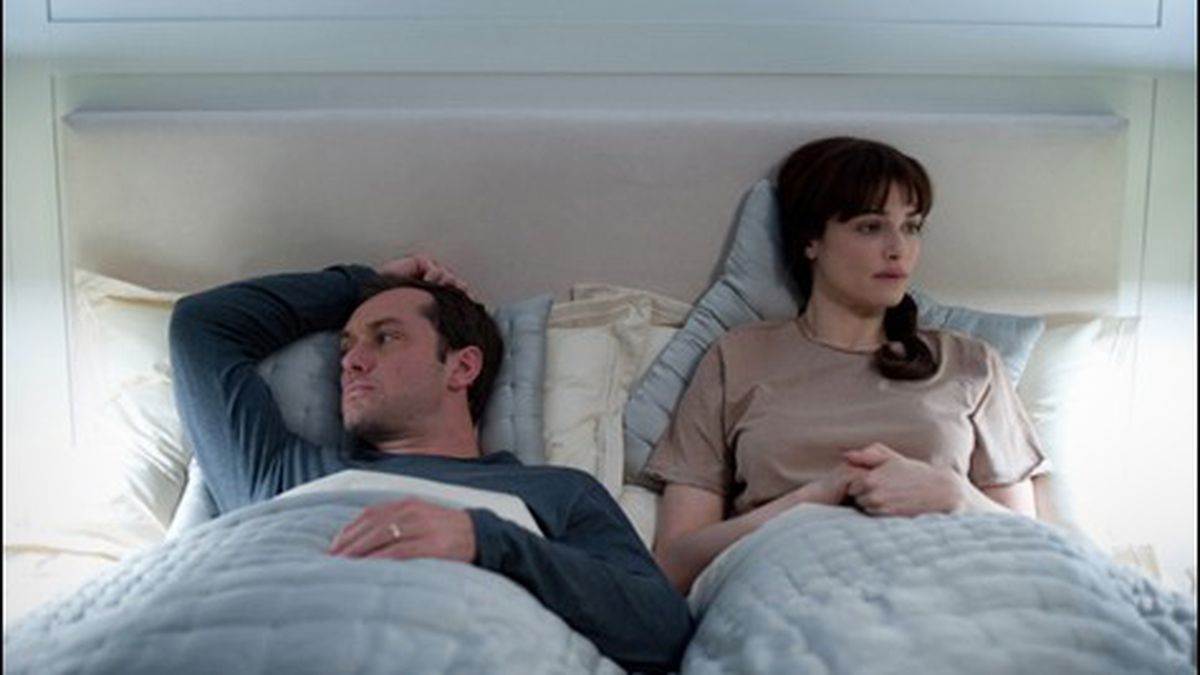 It's a dull world after all.

Fernando (Blindness, City of God) Meirelles’ 360 is yet another “we’re all in this mess together” movie. That fretful subgenre — also known as “hyperlink” — an overworked staple of filmmaking since the early days (Intolerance, Grand Hotel, etc.), is notorious for depicting an otherwise unrelated cast of characters bound together by a commonality, usually with a cumbersome moral in tow.

Virtually all disaster flicks fall into that category, but so do a mind-boggling number of big-budget, highly touted, prestige productions that like to style themselves “think pieces.” Filmmakers can’t resist them. The temptation to make a universal statement about the human race is too powerful, no matter how corny the front story or how far-fetched the lesson. Sloppy writing is no deterrent. Every few years the hyperlink thing gets revived, audiences yawn, the urge subsides, and then the cycle repeats itself. So in the course of a few seasons we get treated to A-list, all-star cast pronouncements on such vital subjects as: drugs (Traffic), oil (Syriana), modern non-communication (Babel), disease (Contagion), death (Hereafter — written by Peter Morgan, who coincidentally adapted 360), and, perhaps not surprisingly, the emptiness of Los Angeles life (Grand Canyon, Magnolia, Crash). To name but a few.

360 is doubly cursed. Not only is it a routine hyperlink pic, but it’s also the second movie to open here in the past month that uses Arthur Schnitzler’s 1897 stage play Reigen as the basis for a 21st-century drama. Schnitzler’s play — memorably adapted by film director Max Ophuls as La Ronde — originally served as a sort of arty Viennese PSA about the dangers of syphilis, and both 30 Beats, which opened and closed here in July, and 360 pick up the daisy-chain, multiple-partners sexual metaphor with a vengeance.

We touch down in Bratislava, Vienna, Paris, London, Denver, and Phoenix as Ben Foster, Rachel Weisz, Anthony Hopkins, Jude Law, Johannes Krisch, Gabriela Marcinkova, Dinara Drukarova, Jamel Debbouze, Moritz Bleibtreu, Vladimir Vdovichenkov, Mark Ivanir, and Lucia Siposová, as a Slovakian prostitute named Blanca, mix and mingle morosely on split screens. It’s a dull world after all. To all producers everywhere: Please give Reigen a long, long vacation before picking on it again. Ophuls’ La Ronde is the only film version worth watching, but it’s now a true museum piece, a relic from another time and place that makes modern directors, writers, and actors look silly trying to imitate it.

As Economy Struggles, Nonprofits Must Get Creative