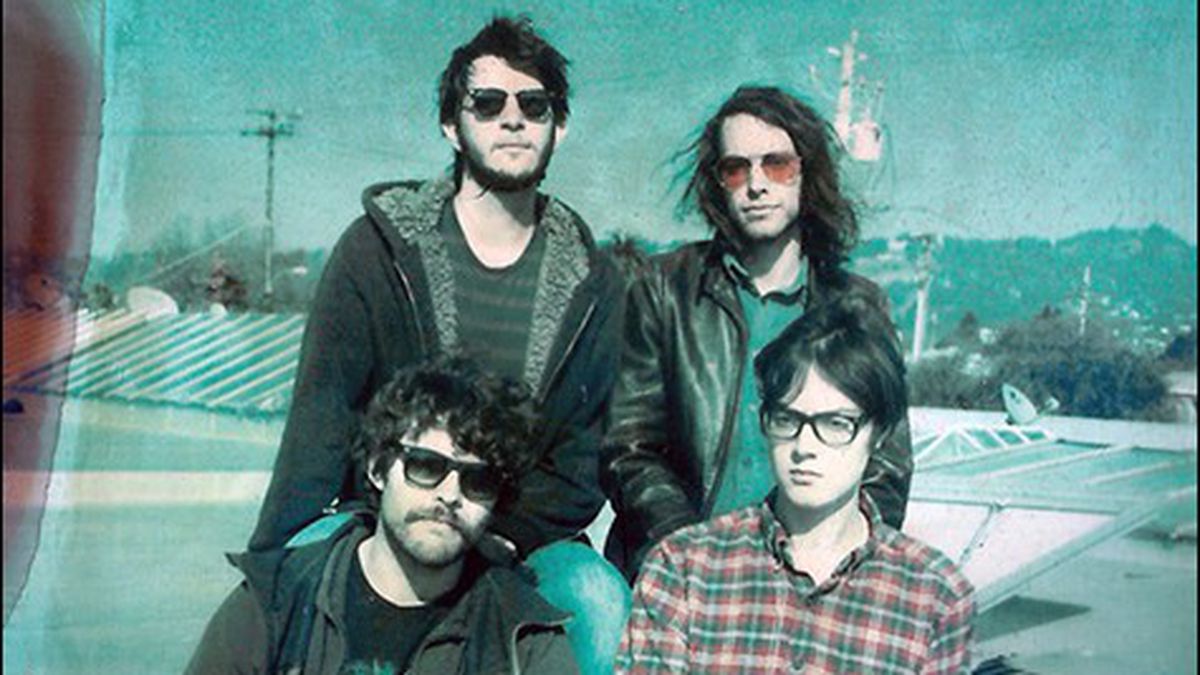 Doing It Their Way

How Brasil produced one of the best local rock records of the year.

The digital age has given artists the ability to increase their audience without the aid of a record label. Now any technologically inclined act can record, manufacture, market, and distribute its music, and many relish the autonomy. Of course, bands still have to write songs and hone their performances, so doing everything oneself can be overwhelming. That’s the dilemma East Bay band Brasil faced when strategizing the release of its self-titled debut — one of 2013’s most diverse and rewarding local rock ‘n’ roll albums. The four members outsourced certain tasks and undertook others themselves, but it took some missteps earlier in their musical careers to arrive at their model.

Brasil formed in the summer of 2012 after the dissolution of two other bands. Singer Jasper Leach and guitarist Paul Korte came from eccentric lo-fi rock outfit The Symbolick Jews, and Leach brought with him drummer Mike Vattuone from his long-running rock band The Myonics while Vattuone invited his roommate Tom Ferguson to join on bass. The four members, who are all in their mid-twenties, created Brasil in a rehearsal space in the rhythm section’s converted warehouse home in Oakland. Six months later, the band recorded ten songs in three days for its debut album at Tiny Telephone studio in San Francisco with engineer Jay Pellicci.

The decision by Brasil to decline the advances of a local record label and self-release its album was based on the desire to control every aspect of the process. The band sought outside help to record and promote the album — areas in which they felt they needed someone else’s expertise to execute the jobs in a timely manner — but even then, the members wanted as much say as possible. They handled the design and manufacturing specifications for the vinyl version of the album, determined the scheduling of the release, and plan to book their own tour this year.

“We have so much to handle just getting as good as we can musically that I didn’t want the headache of handling publicity on top of it,” Leach explained. Besides, he continued, “We’re the record company, and record companies hire publicists.” (Indeed, even large labels outsource press matters to agencies.) Brasil also retained control over other elements a label might usually be in charge of, such as distribution and tracking orders.

When Brasil was released in October 2013, it received a slew of positive reviews (including in these pages), and the band’s record release show at the Brick & Mortar Music Hall was well attended. Its set moved swiftly from the punchy power-pop of “Dr. Zero” to the restless twang of “Broomhouse!” All the while, Leach’s tuneful ruminations on cosmic movements and the power of myth soared over the players’ lean and dynamic performances. As in conversation, Leach’s stage banter and vocal style was dry and dejected, rightfully earning him comparisons to Nineties indie-rock singers, but he’s articulate as well as adept at spiking strange narratives with sly humor.

Leach credits his past band experiences for Brasil’s decision to self-release its material: “You can read about it all you want and mull it over in your room all you want, but you won’t know how to do it until you throw yourself into the deep end,” he said about learning to manage a band. He initially founded The Myonics in 2006 as a solo project, but it evolved through several incarnations and even became an unwieldy octet before the band broke up in 2012. The Myonics also chose to self-release an album, Pagans, though Leach admits the process was mishandled.

“The Myonics’ album was a long lesson about what not to do,” he said. “We had no money, so we tracked it at Ex’pression [College] because it was free. It took us about two years to finish and then nine months to mix.” Promoting the album was “its own special disaster,” Leach continued. Shortly after Pagans was released, The Myonics went on hiatus. The process convinced Leach to leave engineering in capable hands. On the drawbacks of recording and mixing with poorly equipped amateurs, Leach said, “You really run into a lot of trouble, because you’re prolonging all of the soul-searching.”

So Brasil sought to capture its strength as a live unit in a swift studio session overseen by an experienced engineer. “If you go into the studio for three days, like we did, where there’s a gun to your head and it’s your money, you tend to think on your feet and make better decisions,” said Leach, “rather than going to somebody’s house to mix and wondering why it doesn’t sound good for nine months.”

Brasil’s credo is less “do-it-yourself” and more “do-it-smartly,” or simply “imagine you’re the record label.” It involves deciding when and to which agencies to delegate tasks. That allows members to retain control while remaining focused on the main goal: writing excellent songs. The craft and performance on Brasil speaks to their success.