The US senator wants park officials to move or kill dozens of elk at Point Reyes National Seashore, because she says they're eating grass meant for cows. 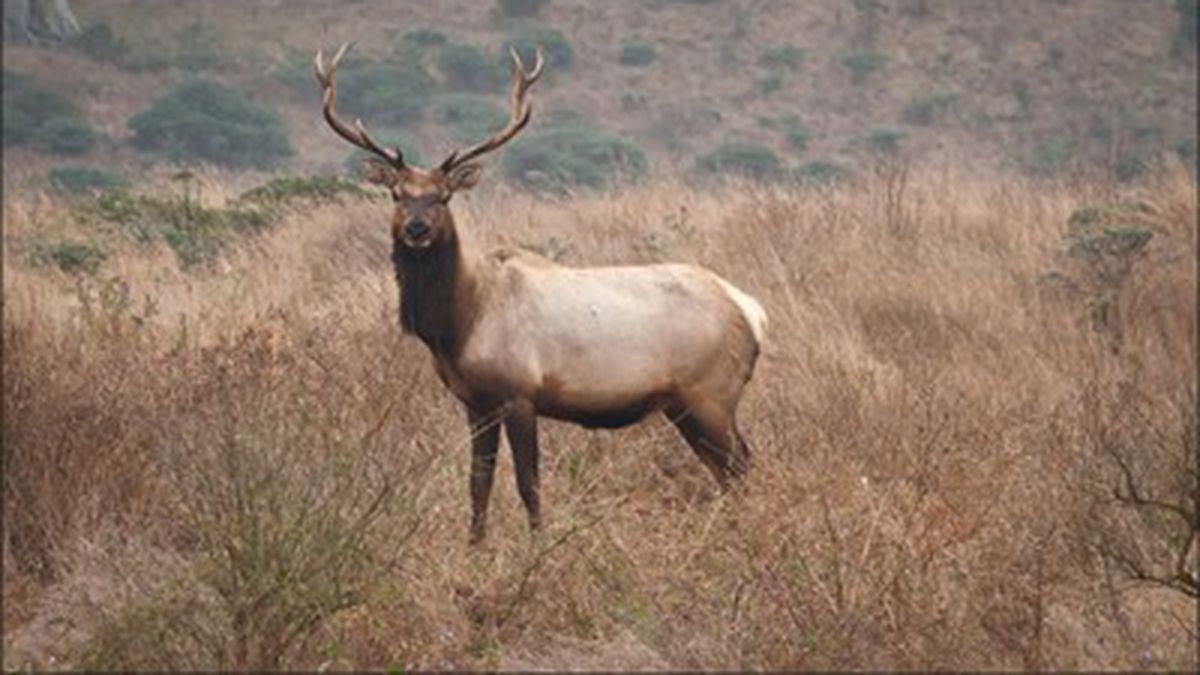 Dianne Feinstein, who has been trying to block the creation of the first marine wilderness on the West Coast so that an oyster farm can continue operating, has a new a target in her sights — tule elk. The US senator wants dozens of the native, majestic animals to be killed or removed from a section of Point Reyes National Seashore because ranchers who lease property there say the elk are eating grass that is meant for cows.

In a letter earlier this year to US Interior Secretary Ken Salazar, Feinstein took up the ranchers’ cause, contending that the National Park Service has failed “to address the impact [the elk] are having on the ranches” at Point Reyes. “While I applaud the successful return of tule elk to Point Reyes, I don’t believe it should come at the expense of ranchers,” she wrote.

In a response letter, Salazar was noncommittal. He made no promises to Feinstein, other than to say that the park service will continue to work in “collaboration with park ranchers” to address their complaints. He also noted that Point Reyes ranchers already receive “substantially discounted” rates for leasing national parkland. In fact, public records show the Point Reyes ranchers have among the cheapest lease rates anywhere. Feinstein and Salazar’s letters were obtained through Freedom of Information Act requests.

Tule elk once roamed freely in Point Reyes, much as they once did in the East Bay and other sections of the Bay Area — until they were hunted to near extinction and replaced by cattle. In 1978, the park service reintroduced tule elk to Point Reyes, and in the years following, the elk prospered. By the Nineties, the herd had grown to about four hundred animals at a section of the park known as Pierce Point.

With more than 2.6 million annual visitors, Point Reyes National Seashore is one of the most popular destinations in the region, and has long been a favorite spot for East Bay residents. Many animal lovers travel specifically to Pierce Point to catch a glimpse of the elk.

Several years ago, the park service realized that the herd had grown too large for Pierce Point, so it moved a few dozen of the animals to Limantour Estero wilderness area, said park spokesman John Dell’Osso. However, the elk soon migrated from Limantour, swimming across Drakes Estero, and ending up in an area known as Outer Point. Today, about fifty elk roam Outer Point.

That section of the park is also dotted with cattle ranches. And in the last few years, the ranchers have started to complain about tule elk sometimes breaking through fences and eating “their” grass. The ranchers enlisted the help of their Marin County supervisor, Steve Kinsey, who then asked Feinstein to intervene on the ranchers’ behalf.

As the Express previously reported, Feinstein has been fighting for years on behalf of Drakes Bay Oyster Company at Point Reyes (see “Dianne Feinstein’s War,” 6/13). The oyster company wants the park service to extend its lease for at least ten years — a move that would be unprecedented nationwide because the oyster farm operates in an area that has been designated by Congress to become federally protected marine wilderness. It would be the first such wilderness on the West Coast, but Feinstein has been attempting to block the creation of it by lobbying Salazar to extend the oyster company’s lease before it expires later this year.

Kevin Lunny, a politically connected cattle rancher who also leases ranchland at Point Reyes, owns the oyster company. Although the elk have not impacted Lunny’s ranch, he has been successful at breeding discontent among ranchers against the park service, environmentalists say. Ranchers, in fact, are now concerned that if Salazar refuses to extend the oyster farm’s lease, then the park service won’t renew theirs’ either.

But the ranchers’ worries appear to be unfounded. Park officials have repeatedly expressed their commitment to protecting and maintaining cattle ranching at Point Reyes. They’ve also noted that the oyster farm is different because it operates on a federally designated wilderness area that is supposed to be free of commercial enterprise, while the cattle ranches occupy pastoral land that has no such designation. In addition, Salazar reaffirmed his commitment to ranching at the park in his letter to Feinstein. “The National Park Service actively supports historic dairy and beef operations at Point Reyes,” he wrote.

Nonetheless, ranchers and Feinstein want park officials to move the elk back to Limantour Estero, and if the animals refuse to stay there, then they should be “culled.” Culling is a euphemism for killing.

Gordon Bennett, a prominent West Marin environmentalist who has closely monitored the tule elk at Point Reyes, contends that the animals will not remain at Limantour. “They’ll swim across the estero,” he said. “You can put them in Limantour, but I guarantee you that they’ll be back where they are now in two weeks.” Bennett also notes that cattle often break through fences and then feed on land set aside for elk and other wild animals — but nothing ever happens when they do. “For every elk eating grass meant for cows, there are cows eating grass meant for elks,” he said.

Environmentalists acknowledge that the tule elk herd may eventually become too large for the park. And they want the park service and the ranchers to collaborate closely to find a workable solution. But they say that won’t happen as long as ranchers believe that Feinstein will get rid of the elk for them.

Correction, 8/8: The original version of this report mistakenly stated that the tule elk that park officials moved to Limantour Estero had ended up at Tomales Point. They ended up at Outer Point.