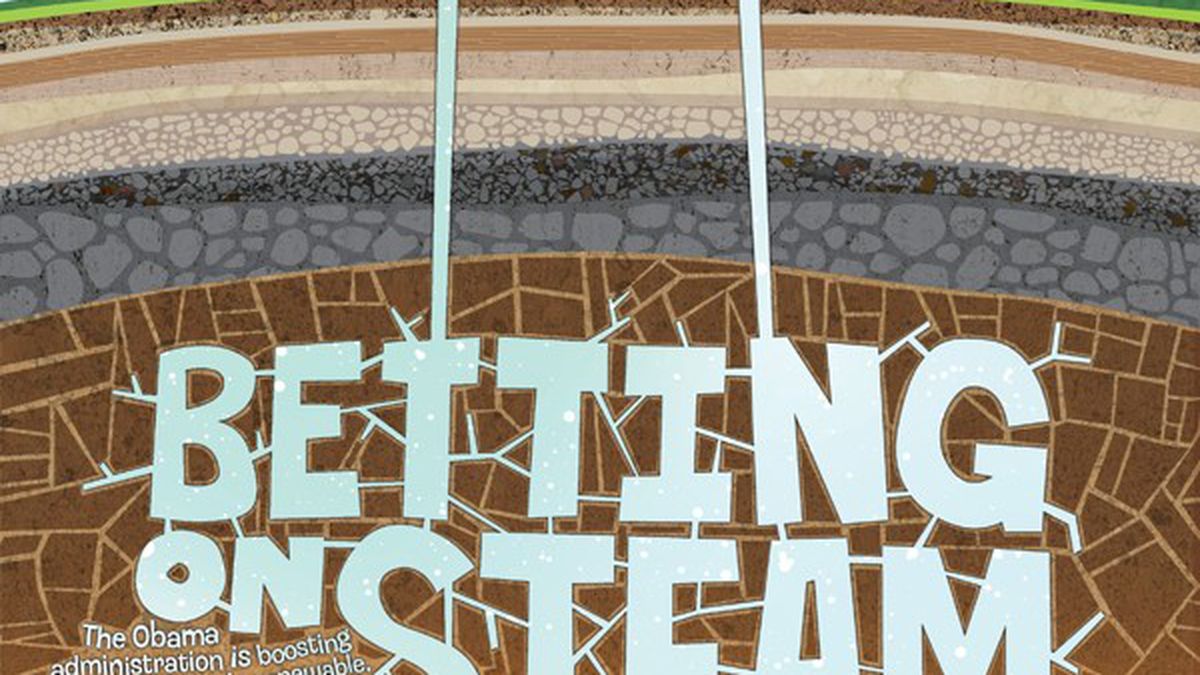 Letters for the Week of August 8

Congratulations to the author on a well-written article. As the article progresses, we are all drawn in to the seeming solution to our clean energy quest — and then we are dashed to pieces to learn buyers for the electricity produced from this Mother Nature miracle cannot be found due to the economy of natural gas making huge strides and offering a much cheaper alternative. It almost sounds like the bankrupt Solyndra syndrome — the government-financed fiasco that went under after Chinese solar panels undercut its market.

So, why is our government investing our tax money (more than $340 million in stimulus funds for the development of geothermal technologies, along with the Energy Department’s separate $65 million in 2013) in energy that is not at all competitive? Is yet another bankruptcy and flushing-down-the-toilet-of-our-tax-money on the horizon?

It hopefully (there’s that word “hope” again) probably won’t happen — especially with Calpine, itself so heavily into natural gas energy production that it is profitable, but if geothermal is so darned attractive, why wouldn’t private investors invest so the federal government doesn’t have to? The answer seems to lie in this article.

Why would any of us invest in a business that can’t sell what it produces? Other than private companies’ pure philanthropy, or their quest for public relations points (saying we are seeking green resources), or the fact they can get their hands on free money from government grants — only the federal government (because it does not invest its money — only other peoples’ money, ours) could be an investor in such a technology whose time has not yet and may never come.

Your article on geothermal power is self-contradictory and badly misguided. First, author Nate Seltenrich claims that geothermal power does not cause ecological harms like large-scale wind and solar, then admits that the Geysers field looks “like industrial blemishes on the natural environment.” Hate to break it to you, but you can’t have it both ways. Aesthetic harms are ecological harms per se, but also cause other ecological damage, such as killing native plants and the animals that depend on them — the harms from building anything in a natural area cannot be confined to aesthetic harms — and stress to wildlife from seeing and hearing these “fields.” And aesthetic harm per se should not be underestimated. Ruining a natural view with unnatural human contraptions is serious harm, even if that harm is categorized as strictly spiritual. Additionally, there are two issues that Mr. Seltenrich misses here:

First, smaller is almost always better than bigger environmentally and ecologically. Rooftop solar and wind are the way to go, not big solar, wind, or geothermal, and, of course, not coal, fracked gas, or nukes. Any large power source, even if it had absolutely no other negative ecological or environmental impacts — a fantasy that does not exist in reality — would still be ecologically harmful per se just because of the hideous power lines needed to transport the electricity. The Native American Hopi call those power lines “white man’s gods” and we should take the hint.

Second and even more fundamental, we need to drastically lower our power consumption. Overconsumption and overpopulation are the roots of all ecological and environmental problems. If we don’t solve them, the most we can hope for is a delay of the further destruction of our planet, regardless of what else we do, such as getting our electricity from less harmful sources. In a little over 100 years we have created a totally unnatural society that is dependent on massive energy consumption. This must be reversed if we are to avoid the massive ecological harms that we are causing by this gross overconsumption.

Geothermal power just seems like more destruction of natural and wild places. Humans have already taken over the majority of terrestrial land, between living space, agriculture/agribusiness, and infrastructure. It is highly immoral for just one species to dominate and hoard the Earth like this to the exclusion and detriment of all other species. The Earth does not need more destruction of wild or natural places for geothermal or any other reason. What we need is to make energy production and consumption local and to lower our usage. Doing those things would provide major ecological and environmental benefits to our planet. Anything else is just trading one type of harm for another.

This article was my introduction to the issue (so thank you for the insight) and I simply don’t see the benefits of an oyster farm over the establishment of a marine wilderness. I would be interested in seeing projections of Drakes Bay Oyster moving to another location, if possible — is the issue as black-and-white as “in business without the marine wilderness” and “not in business with it”? It seems to me the preservation of ever-dwindling natural habitats reigns more pressing than lease extensions.

The two articles by Robert Gammon on Point Reyes were well written and had a lot of information I didn’t know. The National Park Service (NPS) probably didn’t know how well connected Lunny is when they granted him the lease.

What wasn’t mentioned is that Feinstein is also well connected to the Park Service. Her husband, Richard Blum, has donated considerable sums to the NPS, mostly for improvements to the Presidio. As a result, they have considerable influence over the managers of the park, which may give Salazar pause before he offends a significant source of revenue to a cash-strapped unit.

I would like to clarify one point concerning allowing the estrero to become a wilderness. No one is suggesting that the land be converted to wilderness or removing the farming and other operations. The objective is to preserve a body of water. When I conducted rare plant surveys for the park in the 1990s, there were places I couldn’t get to because of the marshes and waterways. Some can be accessed by boat or kayak, but others are completely inaccessible to all but the birds, bugs, and marine life. This is what would be preserved. People would still be able to walk all over the seashore and enjoy its magnificence.

I nominate Robert Gammon as “most gullible journalist” for his constant advertising of Doug Herst and his “Peerless Greens” project in West Berkeley.

Herst isn’t doing any fighting; he’s paying his agent Darrell DeTienne to walk point. Herst will show up for big events like West Berkeley’s LBNL meeting and do a little self-advertising as an environmentalist and philanthropist, but he’s not in the trenches.

And his project is not on the table, just the zoning. He wants the development entitlements and larger allowances that will raise the value of his land so he can sell to a developer.

The idealistic “artists’ colony” is just a concept that Gammon has bought hook line and sinker. Nobody now knows what the master-use permit application will look like.

The Smell of Victory