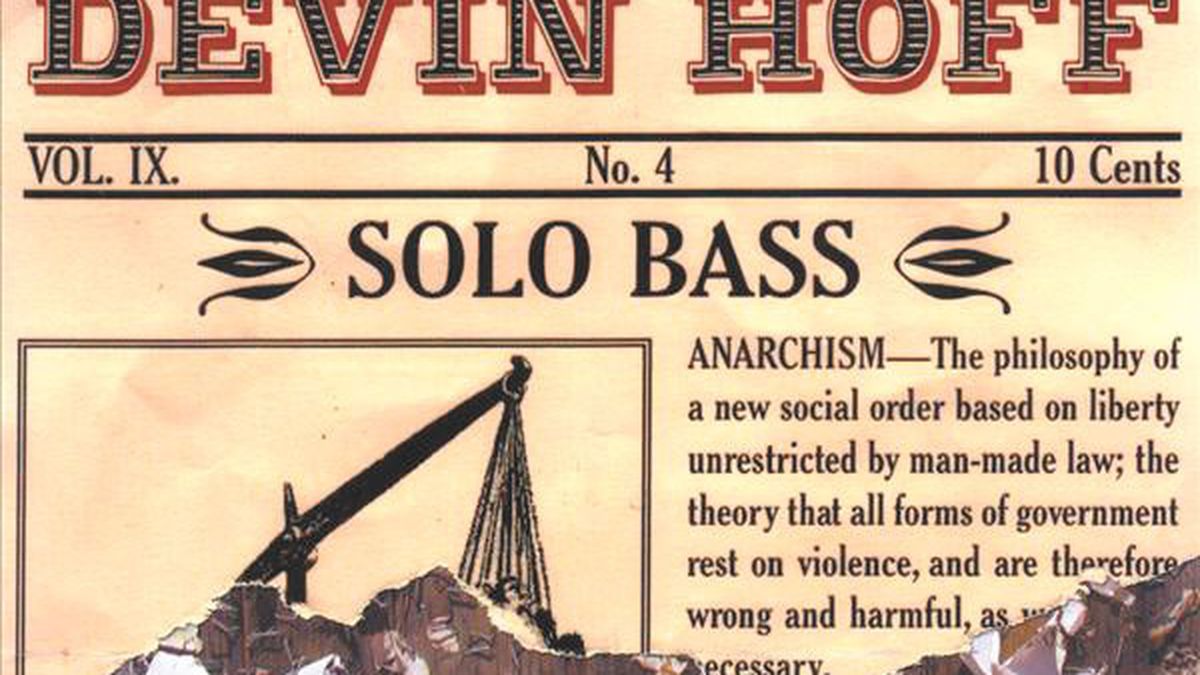 Devin Hoff has gained some renown with the likes of the Nels Cline Singers, Carla Bozulich, and Plays Monk, and now he’s stepping out with an album of solo bass compositions and improvisations. Now, even as an avowed fan of improvised music, one has to admit that the idea of a solo bass record is daunting. But check this out: Hoff states that he draws his inspiration for the album from Iraqi oud legend Munir Bashir, João Gilberto, Lightnin’ Hopkins, Joëlle Léandre, Black Sabbath, Ornette Coleman, and the Carter Family. Huh? Then there’s a bit of a definition of anarchism on the cover, and song titles derived from North American anarchist newspapers and theories. So Hoff is obviously a pretty interesting dude, regardless of your musical tastes or politics. And he can play.

Solo Bass never once falls into homogeneity, nor does it ever descend into the pitfalls of extended technique clichés. Instead, it’s marked by Hoff’s lyrical sense of space and pacing, a delicate compositional sense, and warm acoustic tone. He’ll go from the vigorous, almost violent bowing on “The Alarm,” to a plucked workout on “The Torch,” to false harmonics on “The Blast.” But the emphasis, despite the anarchist implications, is on soulfulness and melody and tone. But then, I guess anarchy on some level means you get to do what you want, and for Hoff on this disc it means exploring space and beauty. (self-released)

Next ArticleMassive Fire Closes I-880