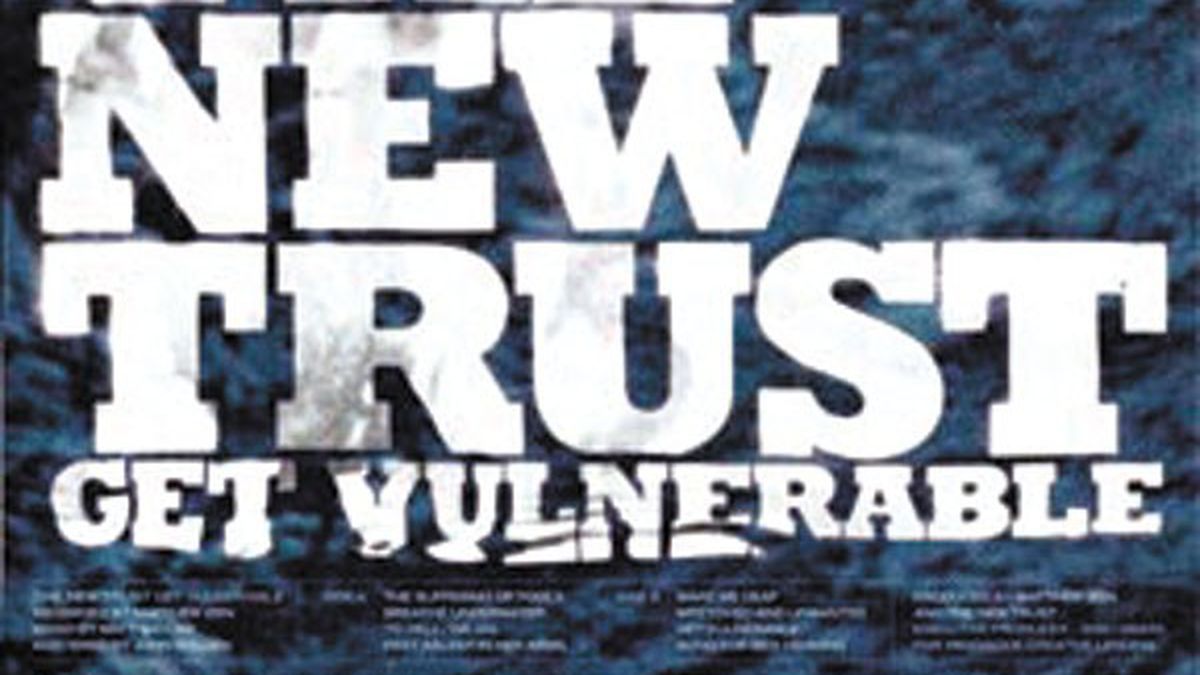 In a time in which gutless superficiality and calculated clichés reign in rock, Santa Rosa’s the New Trust is baring it all. Fittingly, the celebratory album release night for their third full-length, Get Vulnerable, consisted of a pool party at a local recreation center. While ample amounts of skin were exposed, the music was far more uninhibited and revealing than the rowdy gathering of friends, fans, and family members. Having recently sized down from quintet to trio form, husband and wife Josh Staples (vocals and bass) and Sara Sanger (vocals and guitar), along with longtime accomplice Julia Lancer (drums and piano), have crafted an ominous and candid opus.

Progressively speaking, since their inception roughly five years ago, the New Trust has seemingly been magnetized to a coal-black source of creation. What began on their 2004 debut with an amalgamation of pop-punk and indie rock’s classier sides via upbeat two-minute pop-inclined songs has slowly evolved into unyielding, trudging, and strictly minor-keyed works. That’s not to say that the melody’s gone. There are melancholy hooks to be had and Staples’ signature alto cadence sounds better than ever; intense and entrancing, it bleeds sincerity and sentiment over primal pulses and locked-tight string interplay.

Clocking in just shy of half an hour, these eight tracks pummel. In subject matter and tone, both beauty and the hideousness of human flaw are brought into focus with burning clarity on Get Vulnerable. Whether it’s the failures of punk, deceit by friends and lovers, raging guilt, or self-loathing, nothing is too taboo or left undisclosed. When all is done, the creators and the listeners are left open and raw, and while that may seem rather intimidating and uncomfortable, perhaps it’s just what we all need. (self-released)