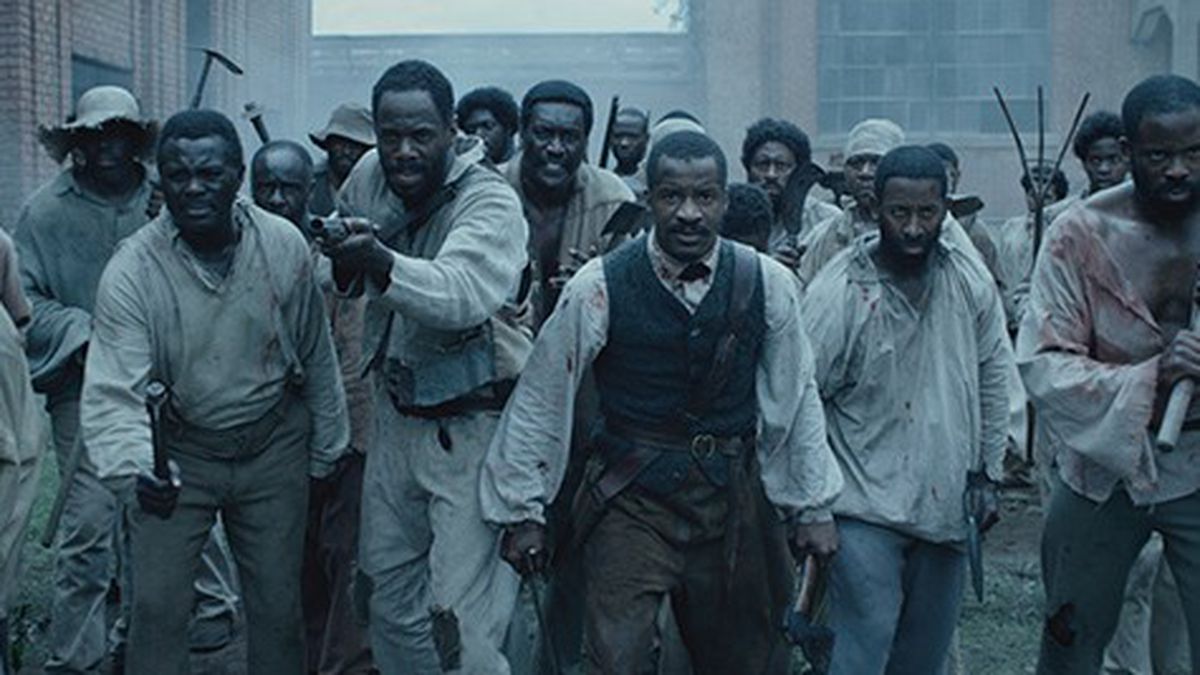 Day of Wrath Leads to The Birth of a Nation

The Birth of a Nation is a ferocious film. Its raw fury in telling the story of the Nat Turner slave rebellion of 1831 is terrifying, but also bracing and ultimately redemptive. In its effort to teach a necessary history lesson it does not attempt to placate or soothe. It has a higher goal, something on the order of long-deferred justice.

Hollywood actor Nate Parker — who wrote the screen story with Jean McGianni Celestin, served as producer (alongside 25 others), and plays the lead role of the Virginia African-American slave Turner — purposely gave his movie the same title as D.W. Griffith’s 1915 silent epic, one of the most troubling properties in the history of cinema. To his everlasting shame, Griffith used the tribulations of a white Southern family caught up in the Civil War as a platform for a message of hate. Film historians and critics are still aghast, one hundred years later, at the bewildering juxtaposition of Griffith’s ground-breaking film technique and his poetic tenderness, with his ugly caricatures of Blacks and scenes glorifying the Ku Klux Klan.

It’s about time someone rehabilitated that title. Parker does so, with power and grace. We’d prefer to review Parker’s The Birth of a Nation strictly as a film, with no real-world political ramifications alongside, but that’s just about impossible. More than one hundred and fifty years after the Civil War, African-Americans are still being systematically deprived of their guaranteed rights, on the street and at the polling place. Deep in the fabric of the United States, there remains a stubborn moral stain that sees the lives of people of color as cheap, and disposable. Residual 21st-century racism gnaws at the legacy of our national identity. And so the circumstances of Turner’s life and death resonate all the more, particularly in this presidential election year.

The key to Turner’s rebelliousness is education. In slave-holding regions of the US before the Civil War, it was illegal to teach slaves to read and write. On the Turner plantation, the mistress (Penelope Ann Miller) violates that law by schooling young Nat (Tony Espinosa) on the Bible, leading to his eventual career as a preacher for hire under the auspices of his young master, the relatively mild-mannered Samuel Turner (Armie Hammer). Samuel and Nat played together as children, but it is made clear that even though the good-natured Nat is in many ways brighter than Samuel, Samuel is first and foremost the master.

Samuel follows the rules implicitly. Thus, when Nat takes the Bible’s most wrathful injunctions to heart and his zealously delivered sermons begin to sound revolutionary (“The lord’s calling me to stand and fight”), he crosses the line and his master makes him pay the price. Life for even the most obedient slave is brutal and capricious, and Birth spares us none of the details, elaborating on the bloody outrages depicted in 12 Years a Slave.

Filmmaker Parker evidently first heard about the Turner Rebellion in college and has never been the same since. He portrays the iron-willed Nat with stoic strength, bolstered by the gospel shouter’s talent for stirring his listeners. As previously noted in reviews of the recent wave of realistic westerns (or southerns, for that matter), people framed their thoughts differently in 19th-century America. Religious teachings were the accepted vehicle for public discourse. Nat, the classic visionary outsider, finds justification in the bible and becomes the unknown American Spartacus — “unknown” because he’s generally gone unrecognized in places like movie multiplexes, until now. His comrades in arms, played by Colman Domingo, Aunjanue Ellis, Roger Guenveur Smith, Gabrielle Union, Allen Phoenix, Chiké Okonkwo, Esther Scott, and Aja Naomi King (in a vivid performance as Nat’s wife Cherry), paint the fear and resourcefulness of slave life in swift, bold strokes. The tender, innocent love scenes between Nat and Cherry are especially good.

As usual in such stressful period pieces, half the energy is provided by the antagonists, in this case a seemingly inexhaustible supply of hideous redneck slave catchers, overseers, military men, and predatory Euro-American townsfolk — Griffith’s constituency, it must be said. Hammer’s slave-owning Samuel is the very portrait of a small-town situational racist, the “nice guy” companion to the openly vicious peckerwoods played by Mark Boone Junior, Jackie Earle Haley, Steve Coulter, and Dane Davenport. These characters are not meant to have redeeming facets. The Birth of a Nation is a melodrama, a cast-iron cauldron of hatred, mayhem, resistance, and retribution. If the sight of a man having his teeth knocked out of his head by a hammer and chisel is too much for you, stay home and watch TV.

It’s possible to appreciate Nat Turner’s 48-hour uprising of righteous anger and freedom “cold,” without knowing anything about the subject beforehand. But here’s a short list of worthwhile films that can put writer-director-actor Parker’s audacious burst of anger into some sort of perspective: Steve McQueen’s aforementioned 12 Years a Slave; Gary Ross’ Free State of Jones, released earlier this year; Griffith’s original Birth, a powerful experience from any and every point of view; and Tamango, a 1958 French-Italian production, in English, about a revolt aboard a slave ship making the crossing to Cuba, starring Alex Cressan and Dorothy Dandridge. Its director, John Berry, got blacklisted in H’wood for his communist beliefs, many of which are on display in the film (it’s available on DVD).

A number of movies with surprisingly skeptical political themes have already been released this year — Hell or High Water, Diary of a Chambermaid, etc. — but Nate Parker’s provocative history lesson is undoubtedly the angriest. See it. Think about it. The Birth of a Nation is the only film this year you cannot afford to ignore.

The Next Phase in Marshawn Lynch’s Career: Cowboy Movie