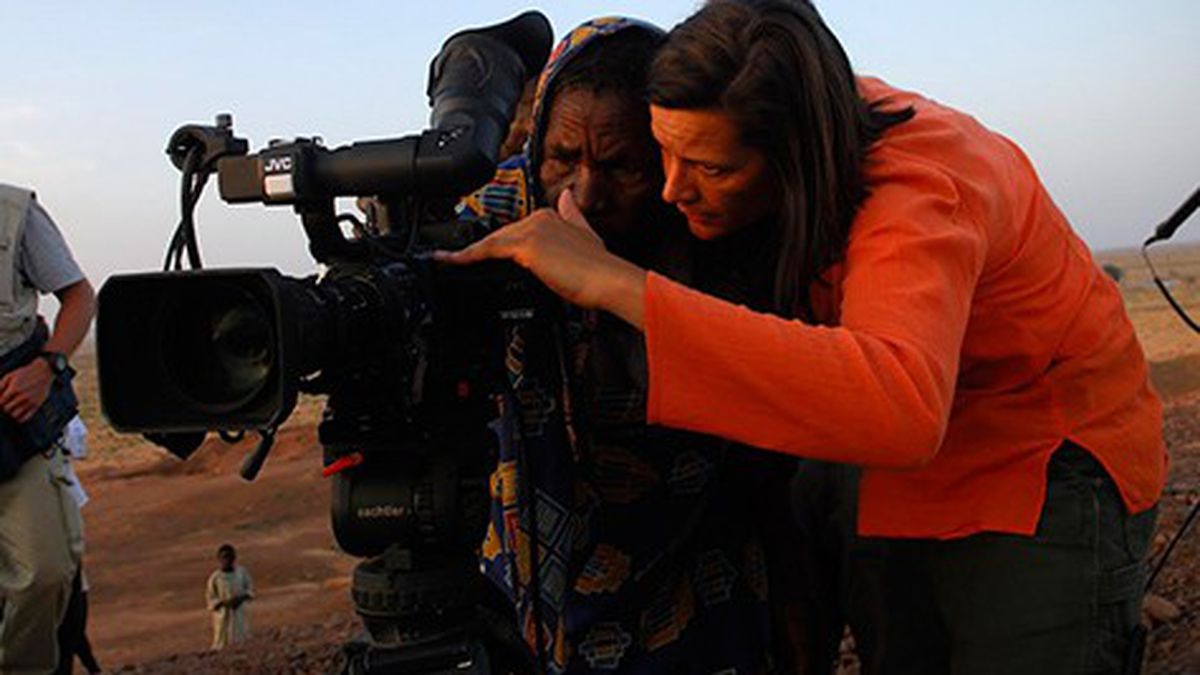 Merciful Eye of the ‘Cameraperson’

It belongs to cinematographer Kirsten Johnson.

Kirsten Johnson, subject of her own documentary Cameraperson, has been everywhere. Everywhere there’s trouble, that is. As cinematographer on such socially-conscious films as Citizenfour and The Invisible War, she has visited places that will never be mistaken for ideal vacation spots: Uganda, Yemen, Guantanamo Bay, Darfur, Afghanistan, the former killing fields of Bosnia, and the least-popular corners of Flyover Land, USA.

Some photojournalists are able to compartmentalize their work, to somehow file away, say, the horrors of war and the unfairnesses of life, in the name of professionalism. Not Kirsten Johnson. On the subject of her globetrotting, autobiographical video notebook, Johnson informs us: “I see it as my memoir. These are the images that have marked me and leave me wondering still.” Cameraperson is the diary of a caring eye, an open letter from a person behind the camera who refuses to let go of the things she has seen, in the name of what we can only call compassionate awareness.

In one sense it may be the most depressing doc you’ll see this season. But from another point of view, Johnson’s images, backed by her often-indirect editorializing, might well be the ultimate merciful gesture toward news junkies who feel compelled to see the latest outrage in order to believe it. The images she captures form the antithesis of the cold, uncaring, unblinking eye.

A boy with war injuries has fun on a Ferris wheel in Kabul. Life goes on at Penn State University in the aftermath of the child sexual abuse scandal. We visit a public swimming pool used as a Taliban execution site. The DA in Jasper, Texas grimly examines a box of evidence from the case of murder victim James Byrd Jr., who was dragged behind a moving car for the crime of being Black. Johnson’s producer describes the investigation of such stories as “heavy work.” The discussion goes on through images rather than verbally, with commentary implied rather than stated. Is all this a mere catalog of misery? It’s not intended as such. Sometimes the ugly realities are mediated by unexpected moments of beauty, as when a family of Bosnian farmers — survivors of ethnic cleansing — pick their blueberries.

That’s the work Kirsten Johnson does, and she wants us to know.