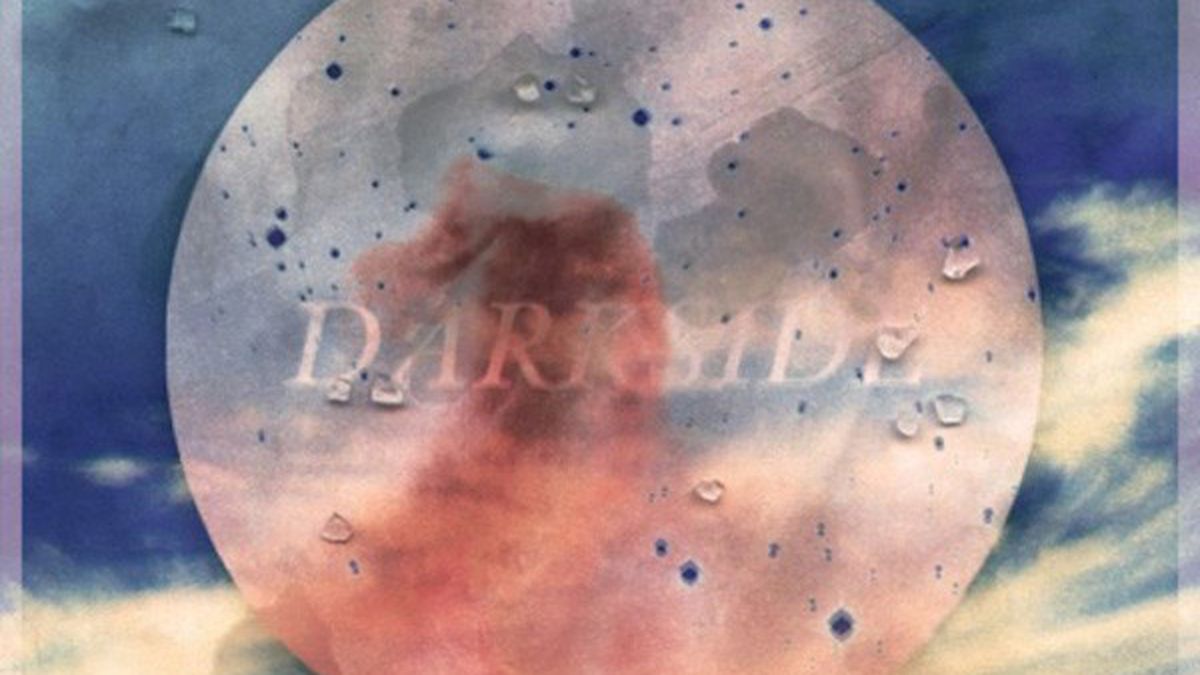 The sun beats down on a raw desert. From the dunes rumbles a tattered rag-top Jeep. Two men, handkerchiefs over their mouths to keep out the blistering sand, are obviously up to no good. Or:

The hero is defusing a bomb. He’s unruffled as his fingers nimbly snip wires and he coolly checks his wristwatch. The timecode descends. Little does he know, the lascivious seductress is undressing next door. Or:

It’s the end — everything’s resolved. But someone’s been poisoned. His highball shatters as he slumps into a chair. Whether or not he’s dying is unclear, but you won’t know until the sequel, anyway.

That’s kind of what it’s like to listen to the three drawn-out tracks of the Darkside EP. It’s cinematic, redolent, and sets a mood, but ultimately goes pretty much nowhere, leaving the listener back where he started, or maybe with even less.

Given that it’s a collaboration between Kronos Quartet founder David Harrington and talented young Brooklyn producer Nicolas Jaar, it seemed impossible that the Darkside project wouldn’t turn out to be an obscure gem. But somehow it wound up being an advertisement for each artist’s day job.

Space Is Only Noise, Jaar’s early-year solo venture, saw the producer exploring the same sluggish techno beats, but the album had movement, space, and variation of tone and theme. Kronos Quartet is nearly godly in its own right, and Harrington’s style is a nice compliment to Jaar’s already-dark electronic production. Still, there’s just not that much going on. Jaar called it the closest thing he’s ever done to “rock” music, but it’s still a ways off. In fact, it rarely crosses the threshold beyond ultra laid-back techno. (Clown & Sunset)