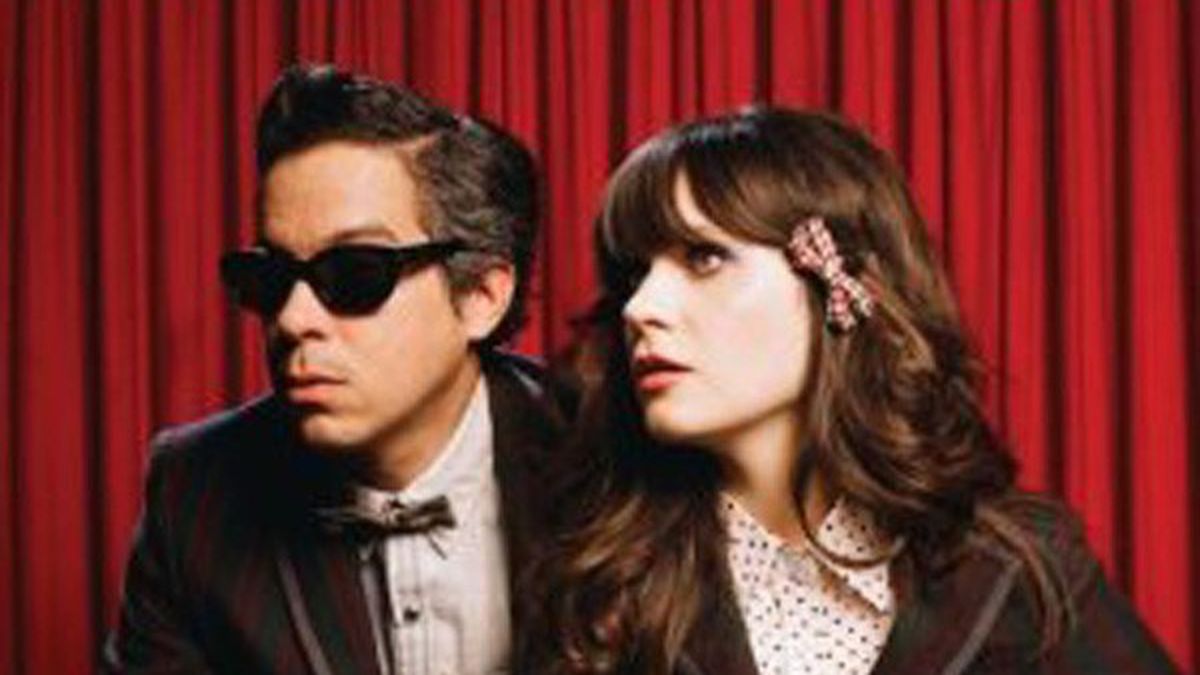 A Very She & Him Christmas

Actors moonlighting as musicians are a dodgy proposition. (Dogstar, anyone?) But Zooey Deschanel has proven herself an accomplished musical artist, via her role as a deadpan department-store worker in Elf and her work in the musical duo She & Him, whose other member is alt-folkie M. Ward. Two records into this collaboration, Deschanel and Ward have released that seemingly unavoidable recorded evergreen — the Christmas album. While it would be easy to go overboard with irony (as did Scott Weiland on his recent seasonal record, The Most Wonderful Time of the Year) She & Him instead keep the kitsch to a minimum.

While the packaging includes a retro-looking CD cover design and liner notes in the form of a Christmas card attached to the inner sleeve, the arrangements are very bare-bones, but still ring with a hint of Fifties-era MOR. Credit the choice of material, which ranges from the duet “Baby It’s Cold Outside” (complete with a whistling bridge) to the lightly strummed but reverb-heavy “I’ll Be Home for Christmas,” and the equally effective, equally reverb-laden closer, “The Christmas Song.” And the album features unorthodox numbers, too, like NRBQ’s wistful “Christmas Wish” and a pair of Beach Boys nuggets — the ukulele-kissed “Little Saint Nick” and “Christmas Day” — which both benefit from a substantial amount of twang and purposefully beachy harmonies. With Zooey Deschanel playing Mary Ford to M. Ward’s Les Paul, She & Him has managed to make its mark in a genre that’s always in need of some kind of creative tweaking. (Merge Records)

Soul Food With a Side of Equality