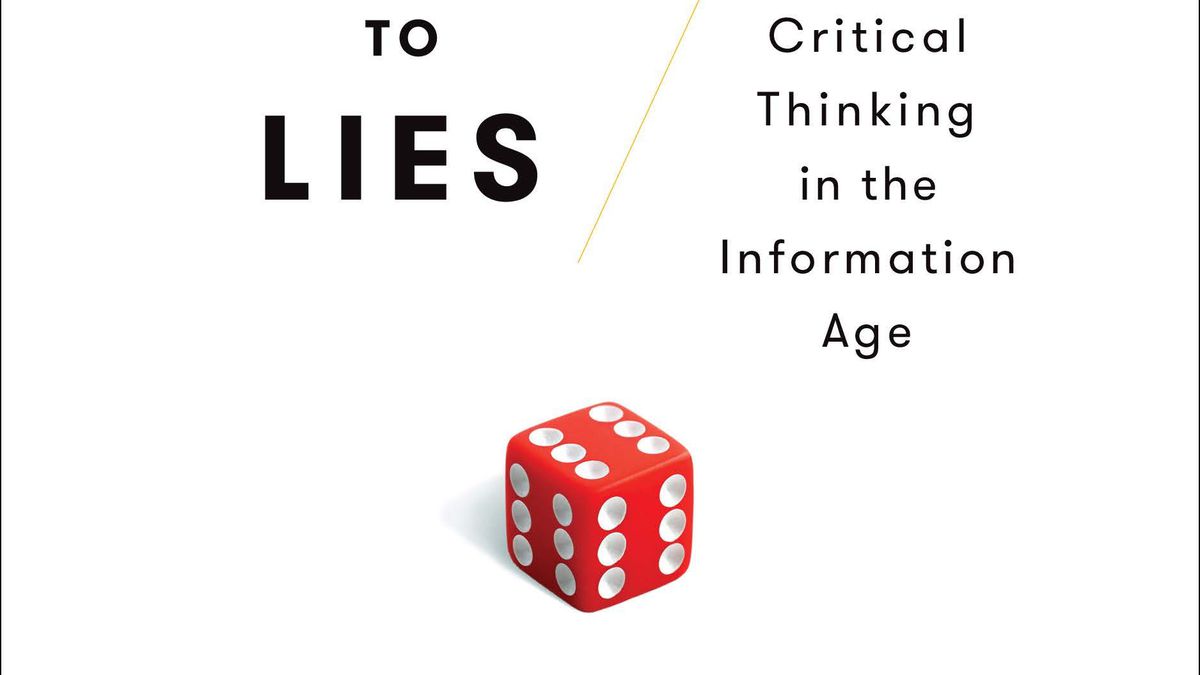 The Orinda author's new book will make you your own fact-checker.

At the dawn of the internet, we were riding high on utopian dreams as we gazed down upon a wealth of newfound knowledge. Today, though, we crash to the ground, deflated by the bogus slurs, pseudo-science, and misleading manipulations constantly coming our way online.

Sure, misinformation has been around for thousands of years, but with social media, a small town rumor can become a tweet and take down a nation. The 2016 presidential debates have been the first for which live fact-checking has felt urgently necessary. Especially amid all the craziness of this campaign season, people need a rulebook that describes a safe way to play on the informational jungle gym.

Bestselling author and neuroscientist Daniel J. Levitin’s timely, new book, A Field Guide to Lies: Critical Thinking in the Information Age (Dutton), arrives as an antidote. With it, he aims to uncover what we don’t know, and even the “unknown unknowns,” with a scientific approach.

Crucially, Levitin’s lively, disarming writing style never comes off as condescending. It will bring to mind the math teacher who made integers sound interesting. Perhaps because of his background, Levitin has a keen ear for when to drum while making a point, and when to croon.

Levitin is the author of three New York Times bestsellers: This Is Your Brain on Music, The World in Six Songs, and The Organized Mind. Prior to becoming a professor of psychology and behavioral neuroscience at McGill University in Montreal — a position from which he is retiring — Levitin was a musician, producer, and recipient of fourteen gold and platinum records. He is Dean of Social Sciences at the Minerva Schools at Keck Graduate Institute in San Francisco, a Distinguished Faculty Fellow at UC Berkeley’s Haas School of Business, and a frequent commentator on NPR and CBC.

Field Guide, he said in an interview, was written to encourage information literacy. “People are facile at acquiring information, but rarely trained to evaluate it. Everyone should have the investigative principles: How do you know? Is it credible? Is the claim plausible? Are you getting all, or just handpicked evidence? Yes, I’m telling everyone to act like a four-year-old who’s been told to go to bed.”

But unlike a parent, exhausted by “why,” ad nauseam, and likely to shriek, Levitin strips away emotion — or sets it aside — to apply logic. The book divides critical thinking into three categories: evaluating numbers in graphs and statistics, evaluating words in articles and arguments, and applying Bayesian thinking (otherwise known as street smarts).

There’s too much information (natch!) to cover details in a short summary, but suffice it to say, Field Guide shows how to recognize goofy statistical averages, oddities on axis graphs; lack of standardization or misuse of probabilities. Institutional bias, small sample sizes, and experts who actually aren’t experts on the subject about which they are pontificating are a few of the greatest dangers covered in section two, about words. And how to put on a scientist’s hat is explained with efficiency and four case studies.

What’s not explained is how busy people can find the time to learn and memorize the guides and tools.

“People are saving time: information gathering is instantaneous,” said Levitin. “I’m saying, use that saved time. It takes one minute to apply the plausibility test, to look to see if axes are labeled. And I’m not saying there’s no place for emotion in life: I’m an artist. But here, logic has to come before emotion.”

Unfortunately, even critical thinking isn’t a panacea. Field Guide begins with an epigram attributed to Mark Twain. Levitin learned while writing of the book that despite attributions from “experts” that included Al Gore (in An Inconvenient Truth) and the film, The Big Short, crediting Twain is actually incorrect. His research (described in the first chapter of Part Two, in which Levitin admits that even he is prone to being duped) led to a Josh Billings as the original source, but even that wasn’t completely verifiable. “I left it in because I wanted the readers to know that experts are not always right. And some things are just not knowable: I don’t want to make any false promises to the reader.”

Which brings us back to the question of veracity. How do we know that Levitin and his Field Guide are trustworthy? Don’t rely on gut emotion: read the book, use logic, consider the source, and apply the scientific method that self-corrects as new evidence comes in.