.Cult-Favorite Cameroonian Pop-Up Is Now a Restaurant in East Oakland

Plus, a fast-food restaurant that serves nothing but produce. 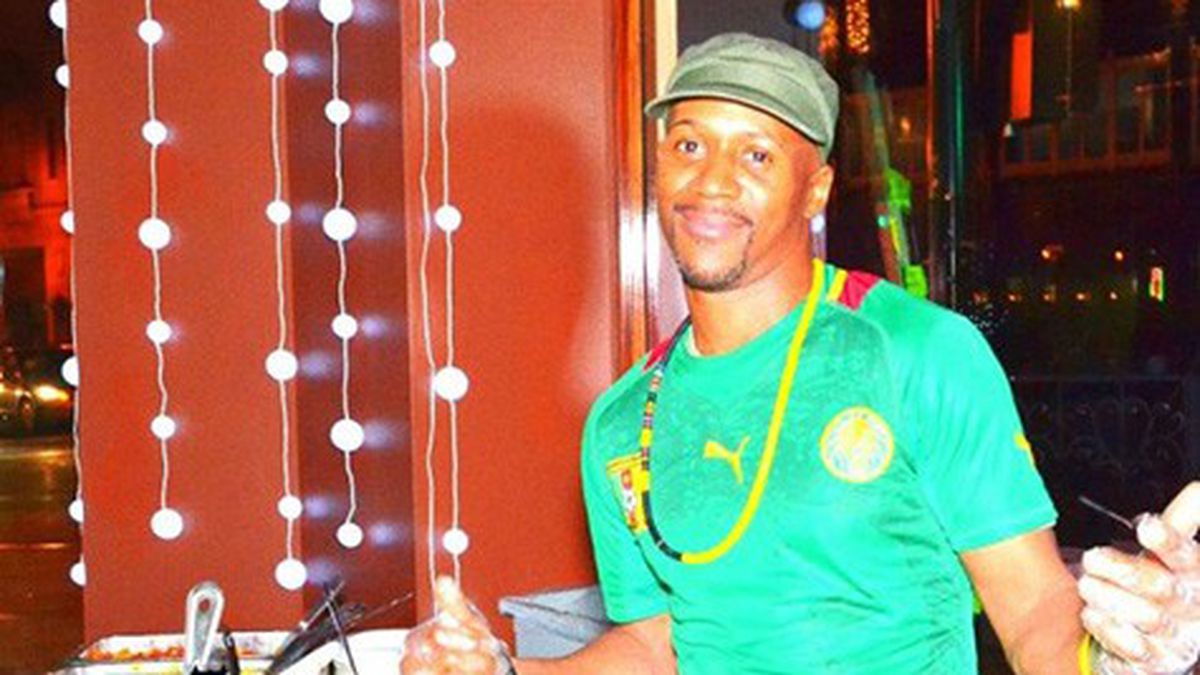 The first and best West African meal I ever ate was handed to me from the dim recesses of a crowded Oakland bar: a paper plate piled as high as you can imagine with smoky fried tilapia, ginger-spiced yams, stewed black-eyed peas, fragrant jollof rice, and peanut-spinach stew (ndole) — Cameroon’s national dish. Malong Pendar, the man responsible for the delicious spread, has been bringing his Taste of Africa pop-up to bars and clubs all over the East Bay since 2010, when his Cameroonian restaurant of the same name in South Berkeley closed.

If you haven’t had the good fortune of stumbling upon the pop-up, or aren’t inclined to hang out at nightclubs, here’s excellent news: A few weeks ago, Pendar opened A Taste of Africa as a brick-and-mortar restaurant at 6638 Bancroft Avenue, not far from the Eastmont Town Center in East Oakland.

Pendar described the new restaurant as a bit of a “scientific experiment,” in part, he said, because it’s located far away from his primary customer base in North Oakland and Berkeley. (In addition to the now-shuttered Berkeley restaurant, Pendar has sold his food at the Ashby Flea Market on the weekend since the early Nineties.) So, to appeal to the barbecue-eating customers of his new neighborhood, he’s testing out new menu items: fish and chicken sliders and something called an “Afrito,” which Pendar says is the world’s first African burrito.

The restaurant — a former Salvadoran-Mexican eatery — has a small, twenty-seat dining area, but a large kitchen, so it can offer more specials, Pendar said. On occasion, he’ll serve crispy black-eyed pea fritters (akara) and a few different varieties of banana-leaf-wrapped, tamal-like steamed cakes, including his personal favorite, Nigerian moi-moi, which is made with shelled black-eyed peas.

But the foundation of the menu will be the combination plate that served as my introduction to Cameroonian cuisine — an abundant, vegan-friendly base to which meat eaters can add chicken, fish, shrimp, lamb, or oxtails. As for Pendar’s weapons-grade smoked habañero hot sauce: “Come on,” the chef said. “Without the hot sauce, I can’t even eat.”

The new restaurant caps off an impressive comeback for Pendar, who nearly had to shut down his pop-up business last summer when a series of financial calamities — an impounded car, unexpected health department bill, and an overdue rent payment for his home —  all hit at once. But supporters donated nearly $5,000 in three days through a crowdfunding campaign started by friends of the chef, allowing him to get back on his feet. “The community is like my heartbeat,” Pendar said.

Now he’s hard at work extending that community to East Oakland. A Taste of Africa is currently open for dinner Tuesday to Friday, from 3­–8:30 p.m.

At CORE Kitchen (499 14th St., Oakland), a new fast-food restaurant opening in downtown, burritos will be wrapped in collard greens and “pasta” dishes will feature zucchini that has been shaved into long, spaghetti-shaped strands. The absence of, say, actual spaghetti is central to the business, whose founders aim to create the world’s first 100-percent produce-based fast-food venture — one they say will be “the world’s most nourishing restaurant.”

CORE Kitchen won’t be the Bay Area’s first vegan fast-food joint, and it certainly won’t be the first fast-food restaurant to emphasize healthy ingredients. But no fast-food company has gone quite so far as to eliminate any ingredient that isn’t derived from fresh, whole produce. After all, most vegan restaurants serve veggie burgers on buns — heck, even gluten-free places usually offer some kind of non-wheat-based bread proxy.

CORE Kitchen, on the other hand, will use no flour, no cooking oils, and no ingredients whatsoever that aren’t derived from whole, fresh produce. The menu will feature ten signature items that are based on familiar flavor profiles — from “Indian” (cauliflower, peas, garlic, cilantro, and tikka masala sauce) to “Southern” (sweet potato, collard greens, tomato, and barbecue sauce) — that customers can customize, Chipotle-style, by choosing their preferred edible “container”: a collard leaf burrito, zucchini pasta, a stuffed bell pepper, or a kale salad.

CORE Foods, the West Oakland-based company behind the venture, is best known for its line of meal replacement snacks. But for the past couple of years, founder Corey Rennell and his team have contemplated making the leap into the fast-casual restaurant business.

“Anything that’s in a package or on a shelf is going to be second-best to a fresh, whole-food meal that’s made then and there,” Kai Itameri, the company’s chief business development officer, said. “We want to take it to the next level.”

The “next level,” in this case, will be a takeout-oriented restaurant located in the Oakland City Center pedestrian walking mall — in a soon-to-be-combined space formerly occupied by Top Dog and two adjacent businesses. To help launch the restaurant, CORE Kitchen is wrapping up a $90,000 crowdfunding campaign, which, as of Tuesday of this week, was about $6,000 shy of its target. &#8;