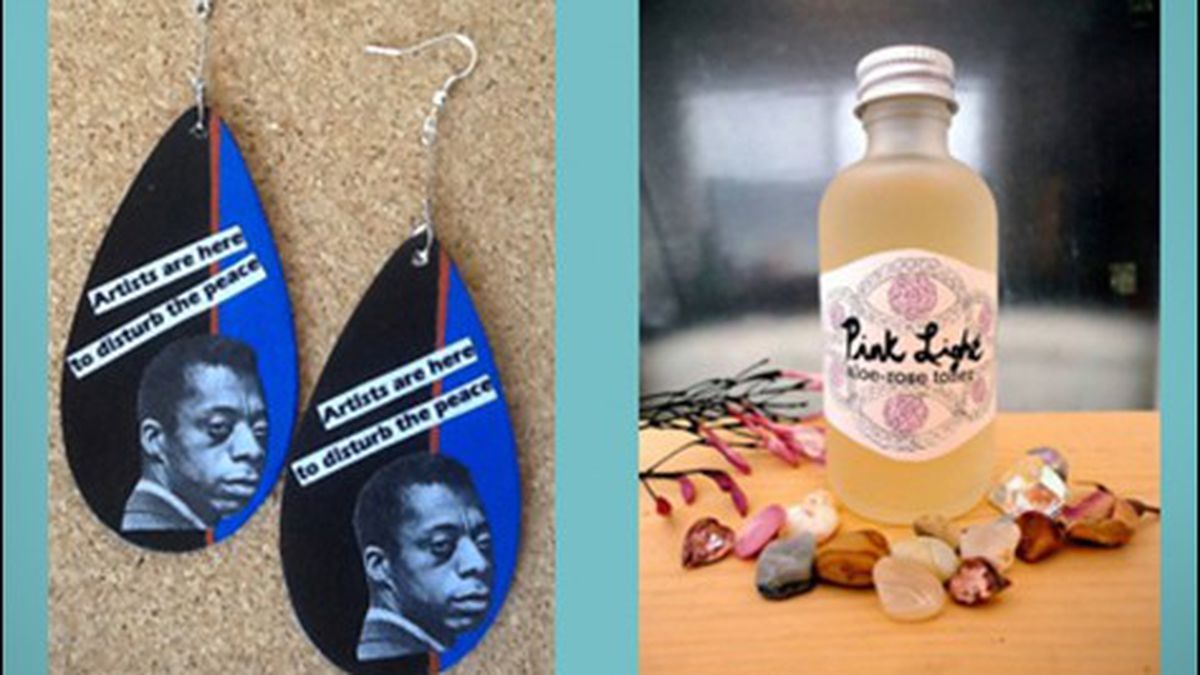 Craft fairs may feature such disparate items as yarn chandeliers and fake taxidermy, but Bay Area artists Jen Lorang and Lex Non Scripta thought they were missing something. “There wasn’t much representation of the queer and gay community,” said Lorang, a jewelry designer based in Oakland. “We were frustrated with the lack of diversity.” At craft fairs, she would often be the only queer vendor. “It could be isolating,” she said. “I wanted to go to a fair and connect with people on a social and political level.”

Lorang partly attributes the lack of diversity in DIY crafting culture to its rising popularity. “Shows are getting more difficult to get into because the market is getting saturated,” she said. “Fairs are trying to make money, and to make money you need to appeal to a wider audience, which is a straight audience.” With table fees often costing hundreds of dollars, Lorang and Non Scripta also saw that artists with limited economic resources were getting shut out. “There are so many people in our community that are making things that don’t have access,” said Lorang. “We wanted to create an avenue for people who are interested but don’t feel like they know where to go.”

After venting to each other and other artist friends for years, Lorang and Non Scripta decided last spring to create a showcase for queer artists, particularly queer artists of color, where the vendors could express their artistic viewpoints without trying to cater to a particular audience. “We wanted to acknowledge the diversity of Oakland artists and accept things geared toward hip-hop or queer culture,” said Lorang.

In their efforts to make sure that more than just their circle of friends was represented, the two asked six other artists to help them curate the Queer Art & Craft Fair, which will take place on Saturday, November 23, at the Temescal Art Center (511 48th St., Oakland). They were uncertain what the response would be, so they were pleasantly surprised when they received sixty applications. Due to space constraints, they decided to prioritize struggling artists who could benefit more from the exposure and sales; ultimately, they selected thirty queer artisans, 60 percent of whom are of color.

The fair will feature prints, ritual candles, leatherwork, jewelry, illustrations, and clay sculptures. There will also be food and beverages, as well as a “healing space” where massages will be offered. Lorang and Non Scripta hope that it will be a networking opportunity for the crafters.

Beyond wanting to create a queer-friendly environment, Lorang and Non Scripta also want to use the showcase to fight against the growing trend of cultural appropriation among crafters. “The appropriation of Native American culture is just the horrible trend that will not die,” said Lorang. “Towels with little tee pees, feather headdresses — it’s infuriating.”