.Colorado Legalization 90 Days In: Crime Down; $33 Million in Taxes Earmarked For Public Health

Colorado state tax reports issued on May 8 showed that $19 million worth of cannabis was sold legally in the state in March, up almost a third from February. The state also reported $7.3 million in retail weed tax revenues, plus another $12.6 million from taxes on medical cannabis. Last week, state lawmakers moved to spend some proceeds — about $33 million — on school nurses and public education touting responsible use.

Colorado lawmakers also moved to create a special bank to handle cannabis transactions, which remain illegal under federal law. But a so-called “Dank Bank” appears to be DOA, because it needs US Treasury approval, and a bill in Congress to green-light pot banking faces long odds.

As far as public safety: crime in Denver declined slightly, compared to the same three-month period a year ago. This is despite doom-laden prognostications from Denver and Colorado officials as well as national law enforcement. “Property crime is down 14.6% compared to the same period in 2013. Violent crimes are down 2.4%,” PolicyMic reports. 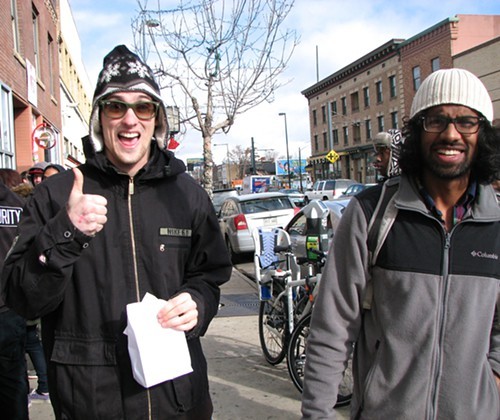 The results mesh with a recent PLOS One research study that found that legalizing medical marijuana does not result in more violent crime.

“Alternatively, state MML may be correlated with a reduction in homicide and assault rates, net of other covariates. … These findings run counter to arguments suggesting the legalization of marijuana for medical purposes poses a danger to public health in terms of exposure to violent crime and property crimes.”