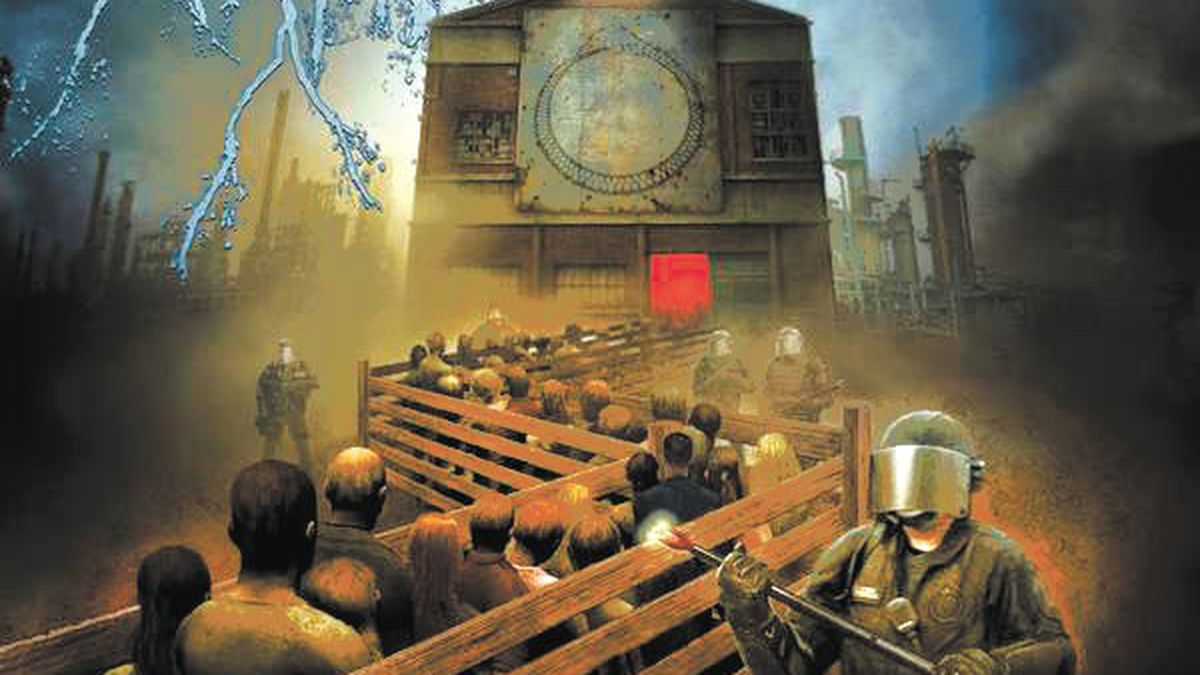 Just when you thought it was safe to enter a fast-food franchise
again, along comes San Diego’s super-intelligent and ultra-lethal
grindcore act Cattle Decapitation to remind you that, if any beast
deserves to slip down the food chain, it is mankind. The disturbing
anti-human lyrical content of Cattle Decap lies somewhere between
SNL-grade comedy and extreme vegan propaganda, making you laugh as well
as think long and hard about what it means to eat meat in an era when
many of us should know better than to enjoy artery-clogging,
antibiotic-drenched, carcinogenic (not to mention Mad Cow-causing)
animal flesh.

Recorded in Oakland’s Sharkbite Studios, The Harvest Floor,
the band’s fourth full-length for Metal Blade, drags the listener
through a sonic slaughterhouse so vile and uncompromising you may opt
to shower after listening to it. Produced by Billy Anderson (Melvins),
Harvest hoses off much of Cattle Decap’s pustular edges,
allowing the technical ferocity of new drummer David McGraw to shine
like a polished blade. As usual, vocalist Travis Ryan deploys
hair-raising shrieks and guttural growls as on “The Gardeners of Eden,”
sounding like the cast of George Orwell’s Animal Farm on a
gleeful murder spree, while guitarist Josh Elmore continues to slice
and dice eardrums with razor-happy riffage. The ambient title track,
meanwhile, features a guest appearance by Jarboe (Swans), whose lovely
siren’s call to the killing floor sounds at once beautiful and
nightmarish. (Metal Blade)

Let Them Have Dinner