A new breed of restaurants with diverse staffs provides a haven for people of color — and brings community and diversity to Oakland's homogenous food scene. 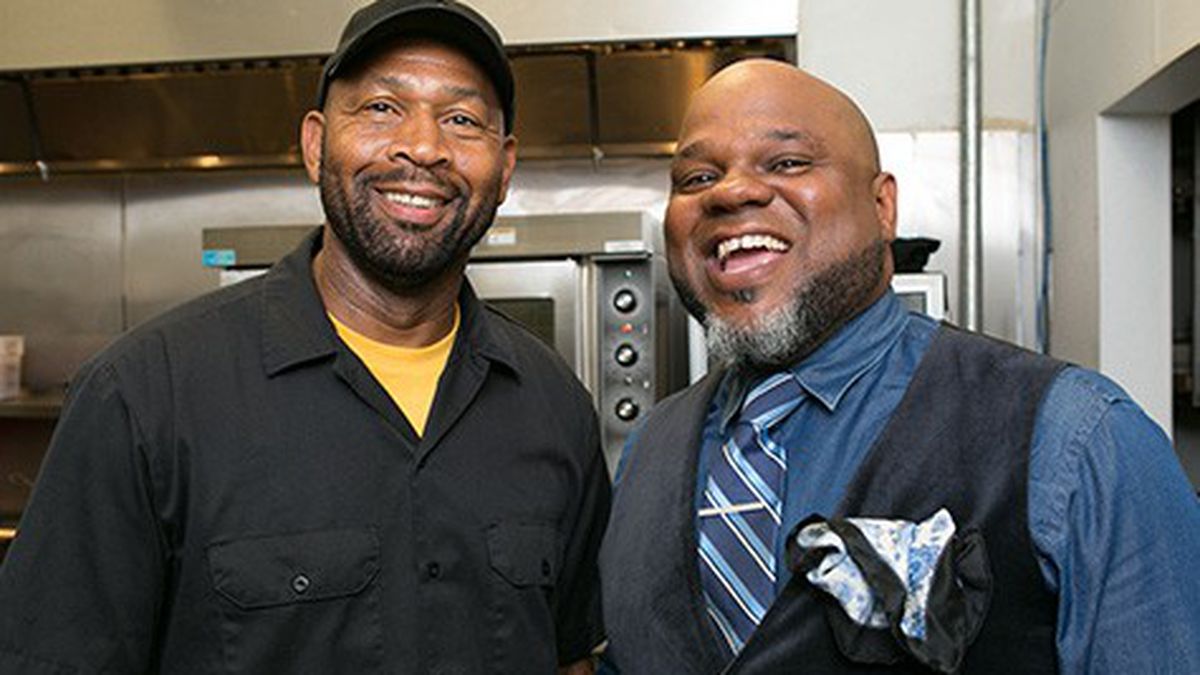 On a recent Tuesday night at Kingston 11 (2270 Telegraph Ave.), a newish Jamaican restaurant in Oakland’s Uptown neighborhood, dancehall reggae was playing on the speakers, the braised oxtails were on point, and four out of five servers and two-thirds of the customers were people of color. Among them were a young guy in braids, an Asian couple on a date, and a group of older African-American women bedecked in earth-toned pantsuits, out celebrating some special occasion.

It feels crass, or oddly clinical, to do this kind of demographic breakdown, but as much as Oakland is praised for its rich diversity, that reality isn’t always reflected in the city’s most widely lauded restaurants.

Places such as Kingston 11, on the other hand, are part of a new breed of black-owned restaurants that stand out for the diversity of both their staff and their customer base. As a result, the owners of these businesses say they’ve helped to create a welcoming space for all different kinds of people, but particularly for people of color.

At Miss Ollie’s (901 Washington St.), Sarah Kirnon’s Caribbean restaurant in Old Oakland, the typical crowd is more diverse than a Benetton advertisement — black folks of both African-American and Caribbean persuasions, and Asian folks marveling that a cook from Barbados also has mastered the art of cooking pig’s feet. And years before Uptown became a trendy destination, Picán (2295 Broadway, Oakland), Michael LeBlanc’s elegant “Southern-inspired” restaurant, had emerged as a go-to spot — particularly within the city’s African-American community — for families celebrating birthdays and anniversaries, and for high-powered business people meeting over drinks to close a deal.

Of course, Oakland has a rich legacy of black-owned restaurants that cater primarily to an African-American customer base — old-school barbecue joints and soul food specialists, many of them vibrant and excellent in their own right. But these, by and large, aren’t the kinds of restaurants about which national magazines write loving paeans, or that get touted when folks enthuse about Oakland’s sainted food revival.

As for those restaurants? No one likes to say it, but many of them still skew very, very white.

On the other hand, Nigel Jones, Kingston 11’s chef and co-owner, said he’s always wanted his restaurant to reflect the “colorfulness” of Oakland that helps make the city so rich. That desire to create an inclusive environment informed every aspect of the restaurant, from music and menu design to staffing and price point — it was important to Jones not to price out working-class people, for instance.

For Picán’s LeBlanc, diversity and “classiness” have never been mutually exclusive.

“I wanted to change the paradigm of what an African-American owned restaurant could look like,” he said. That meant creating not what was, in his words, your typical Southern-style “joint” — with mason jars and red-and-white checkered tablecloths — but rather a decidedly upscale place where customers could “have a piece of chicken, spend $80 to $100 on a bottle of wine, and still hear Motown in the background.”

The makeup of a restaurant’s crowd is determined, in part, by its category of cuisine — no one would complain, for instance, that the majority of diners in some Chinatown noodle shop are Asian. But when a restaurant doesn’t have any people of color in high-profile positions, then that lack of diversity can become a self-fulfilling prophecy.

“I’m not saying that all these restaurants go out and intentionally just hire white folks,” Jones said. “But the results are there.”

In that respect, Jones believes that Kingston 11 benefits from being a black-owned restaurant. Talented black and Latino people will apply for jobs there because they trust that their applications will actually be treated seriously. And while Jones said he would never want anyone to think Kingston 11 is a place that’s primarily for black people, he also believes that a big reason why people of color feel comfortable in the restaurant is because they see themselves reflected in the staff.

And while LeBlanc said he’s never made any proactive effort to recruit diversity, he said it’s something that comes naturally at a black-owned restaurant.

“Homogeneity is not in our DNA. We don’t have that privilege,” he said. “For someone else, it’s an invisible luxury.”

It speaks to the sad state of diversity at many of the city’s most popular restaurants that when a little bit of color gets added to the mix, it really stands out. Kirnon said that someone once even criticized her for employing only black people — a claim, incidentally, that isn’t true. “But even if that was my ethos, then so what?” she said. “You’re not employing them, so why can’t I?”

The fact that it’s noteworthy to point out the rare handful of restaurants that are truly diverse in a city that prides itself on its diversity is in itself an indictment. But the impact that restaurants like this are having on neighborhoods such as Uptown is palpable. Even in the year since Kingston 11 opened, Jones said he’s noticed a decrease in visible crime. Jones attributes the trend to the increased foot traffic that comes with any thriving business district, but he also believes the fact that Kingston 11 is a black-owned restaurant with a diverse staff isn’t lost on down-on-their-luck folks in the neighborhood. According to Jones, a person of color, in particular, might think twice about tagging a wall or smashing a window if he sees the restaurant as a place where he might someday apply for a job, or at least come in and grab a bite to eat.

“It’s a little harder to tear shit down when you’re connected to it,” Jones said.

At a time in the city’s history when development and displacement seem inextricably intertwined, restaurants like Kingston 11 and Miss Ollie’s provide a glimmer of hope for another route forward for Oakland — and, perhaps, a way for regular folks of all different ethnic persuasions and walks of life to benefit from the city’s newfound status as a food mecca.

As Jones put it, “We’re coming to make the neighborhood nice for the people who are there already. That’s the antidote to gentrification: to build the community within the community and work with them.”

For Kirnon, as this next big wave of development hits, the urgency of the issue cannot be overstated. “I feel like black folks in Oakland really need to reclaim the part of Oakland that’s trying to push people out. And it’s not an issue of black or white — all working-class people and people of color are being pushed out,” she said.

Of course, two or three forward-thinking restaurants in a city with hundreds of dining establishments does not a trend make. But Jones said his hope is that the success of places like Kingston 11 might pave the way for other black restaurateurs.

Kirnon said she isn’t afraid to call out colleagues in the restaurant business for, say, blasting a hip-hop soundtrack for a 99-percent white audience, and not giving a second thought to the homogeneity of their staff. Meanwhile, she said she looked around Miss Ollie’s on a recent Saturday and saw that the crowd was about 90 percent people of color.

“I’m not going to lie,” Kirnon said. “That makes my heart swell.”