.Cal Profs Want to Bring Edible Weeds to a Restaurant Near You 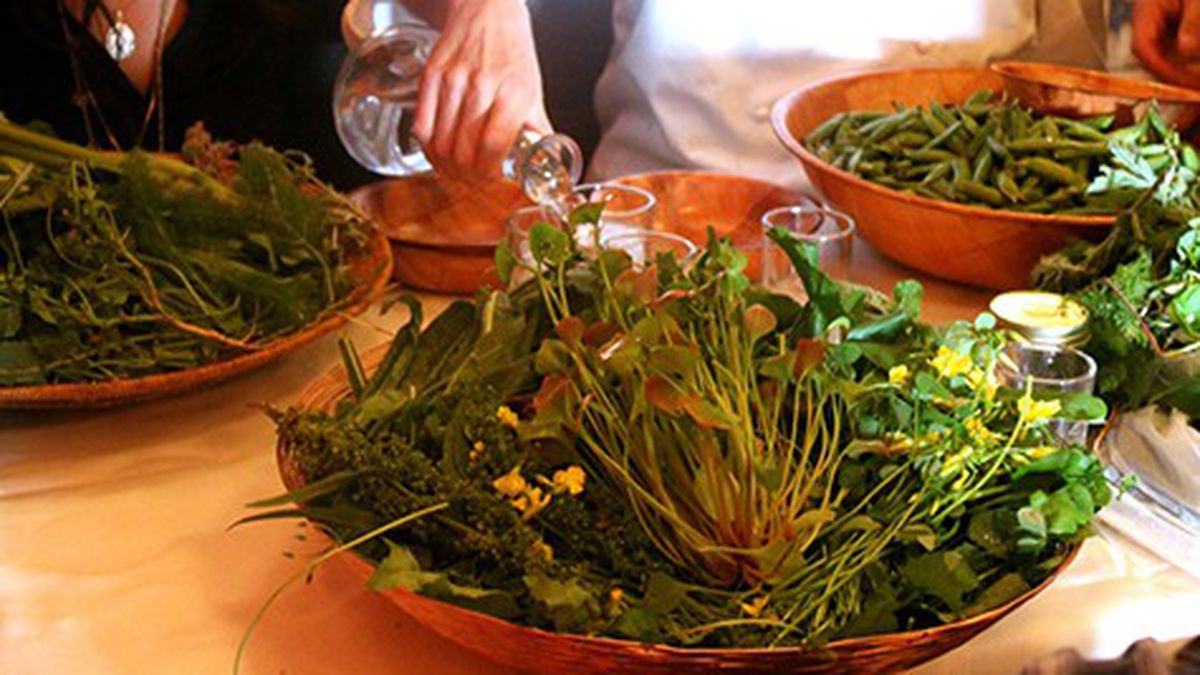 In the Bay Area’s low-income urban food deserts, in which no grocery store can be found within a one-mile radius, one untapped resource remains: weeds.

That’s the premise, anyway, of the Berkeley Open Source Food Project, a collaborative research project run by a team of academics who are mostly based at UC Berkeley, including Philip Stark, the chair of the university’s statistics department. For the past several months, Stark and his colleagues have been mapping out the edible wild plants in three East Bay food deserts (in West Oakland, Berkeley, and Richmond), documenting all of the edible plants they find, and testing them to make sure they’re safe for consumption.

The idea, Stark said, is that there is this bountiful supply of nutrient-dense food that doesn’t need to be watered, and that will thrive whether anyone wants them to or not — often to the chagrin of local farmers. Indeed, according to Stark, 40 percent of the plants that grow on farms are edible weeds that usually just get thrown away. One of the project’s findings is that of the top fifteen nuisance plants on farms, eleven are edible — and eight are, in Stark’s words, “pretty tasty.” The project’s first public event seeks to bring these edible weeds into the spotlight.

Wild Food Week kicks off on Saturday, April 4 at 10 a.m. with a guided wild edible plant walk, followed by a series of collaborations with local farms and prominent Bay Area restaurants, including several in Berkeley — tapas at Cesar starting at 2 p.m. on that same Saturday; dinner at Chez Panisse on Thursday, April 9; and dinner in the outdoor garden at Mission Heirloom on Friday, April 10. (Visit Forage.Berkeley.edu for the full schedule of events.)

Stark, whose main academic research has nothing to do with edible plants, explained that he has long had an interest in issues of food sustainability and food equity, and that he has been foraging for edible wild plants for the past eight years. A few of his favorites: sow thistle, which makes a good substitute for lettuce; wild fennel (sweeter and more aromatic than the farmed variety); and wild radish, which Stark likened to an intensely peppery cross between horseradish and mustard leaf.

Stark said he hopes the week’s events will help establish a supply chain for these edible weeds, creating a source of extra income for small-scale farmers and a set of interesting ingredients for chefs to play with.

The real revolution, however, won’t take place in restaurant pantries — or not exclusively, anyway. According to Stark, if Wild Food Week can bestow a “hipness” factor to these common edible weeds, it might help people get over their initial unease about eating food picked off the street. And, as a result, we may find that part of the answer to our food access problem has been right in front of us all along, in our backyards and sidewalk cracks.

Plans are taking shape for the uber-fancy Uptown Station retail and office complex that’s slated to take over the Sears/Capwell’s building in Uptown Oakland. The biggest shoe to drop so far: A 20,000-square-foot food market called Newberry Market (1954 Telegraph Ave.) has signed on to be Uptown Station’s anchor tenant, as Inside Scoop reported last week. The market — situated on the Telegraph Avenue side of the former Sears building — will feature locally sourced produce, a full-service butcher shop, a hot-and-cold prepared foods section, a cafe, a flower shop, and more.

The market is the brainchild of Ann Thai (an event planner) and Loren Goodwin (a private chef who used to cook at Chez Panisse), who co-own the Jack London nail salon and spa Rock & Polish. Thai and Goodwin told me they first conceived of the idea for the store about a year ago, but that the project has gradually gotten more ambitious in its scope and scale. Here’s what you need to know:

Sprawling, artisanally focused “food halls” in the San Francisco Ferry Building Marketplace mold might be the single biggest food trend in San Francisco right now, with no fewer than five of them either just launched or slated to open shortly, as a recent SF Weekly cover story noted. And Oakland’s Jack London Square is set to get its own version (finally): the forthcoming Water Street Market.

Although many of the early reports on Newberry Market refer to it as another such food hall (or “market hall”), Goodwin takes issue with that characterization, stressing that individual vendors won’t be setting up shop inside of the market the way they do at the Ferry Building. Uptown Station as a whole might end up having that kind of vibe, but the Newberry Market itself will be a self-contained grocery store. In that sense, it sounds like it will be more like a larger-scale version of Grand Fare, the forthcoming hybrid food market on Grand Avenue, than Rockridge Market Hall.

2. The name is a nod to Oakland history.

Oakland old-timers will remember the J. J. Newberry’s store that was one of the mainstays of the section of the city now known as Uptown. Goodwin said he’s often heard people who grew up in Oakland reminisce about grabbing a bite at the old lunch counter and five-and-dime, and he hopes that current Uptown residents will have similar memories of Newberry Market thirty or forty years from now.

3. The food will be affordable (hopefully).

These days, whenever the deal on a big project like Uptown Station is inked, there’s a certain amount of unease about whether the business will be accessible to folks who already live and work in the neighborhood — as opposed to being strictly geared toward attracting that sweet tech money everyone seems to want a piece of. When word first leaked out about the Uptown Station proposal, Eater called the project “hilarious Millennial bait,” and initial renderings do look awfully fancy. But Goodwin and Thai said they want to offer food that’s affordable. While Goodwin wouldn’t say whether Newberry Market’s prices would be less expensive than those at, say, the Whole Foods located a few blocks away, he said that he and Thai are committed to doing everything they can to make sure the market is accessible to everyone in the community. For instance, they plan to reach out to nearby schools and offer discounts to students.

4. There will probably be meatballs.

Newberry Market isn’t slated to open until the fall of 2016, so any overview of the market’s prepared food offerings is going to be tentative at best — especially because the owners have yet to hire a chef. For starters, though, a late-night takeout window that sells pizza by the slice is in the works. And according to Thai, the focus of the market’s rotating seasonal menu will be classic comfort foods.

“If we have rotisserie chicken and meatballs, I’m a happy girl,” Thai said.