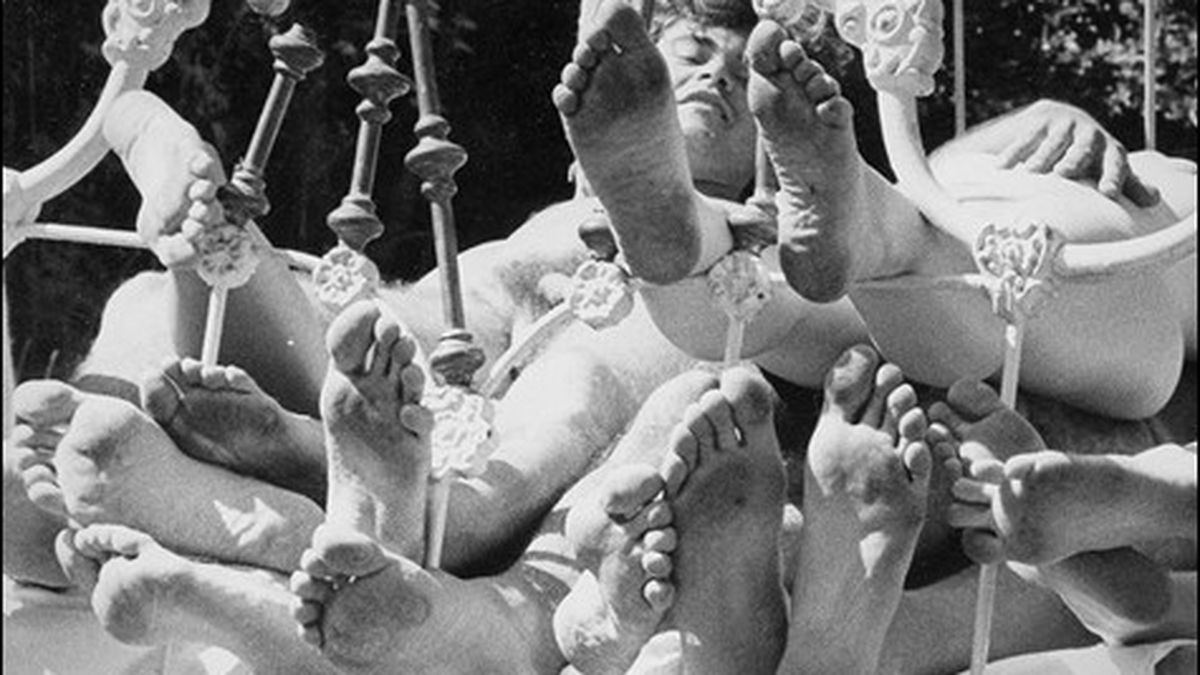 And they’ll all find something intriguing in a new, gargantuan history of Bay Area alternative cinema presented by the Berkeley Art Museum and Pacific Film Archive. Dubbed Radical Light, the history of local art film oddities ends up touching on pretty much every important social movement and technical innovation from the 1880s to the 1990s. First and foremost, it’s a huge, 350-page history book that took ten years to research and write. But it also has spawned a public film series, running September 19 through March 2011 on the UC Berkeley campus, which eventually will embark on a countrywide tour.

As Avatar returns to IMAX screens this month to consume another $1 billion gross, there might be no greater curse in modern media than being labeled an “art film.” But Radical Light celebrates the avant-garde and makes a valid case for mainstream appreciation. Since the 1800s, the Bay Area has been a singular incubator of the weird and edgy, and even its schools have nurtured that weirdness, said Kathy Geritz, book editor and museum curator. Radical Light is the PFA’s major attempt at introducing people to experimental film as a history.

“It’s a shame there’s so much money and marketing spent getting people to such a small portion of films,” Geritz said. “Finally, we’re letting other people know how rich local history is and how deep it is and perhaps out of the monumentalness of this attention we’re bringing, more people will try out a few programs or dip into it.”

Experimental films tend to eschew story, or avoid telling the audience what is going on. Some are totally abstract, others intensely explicit. Presenting them is a challenge the museum constantly faces.

“There’s a kind of literacy that’s required that’s just not part of the equipment you need to go see Avatar,” said fellow Radical Light editor and museum curator Steve Seid. “Every four years, there’s a whole new student body and we have to re-teach the basis for the avant-garde. An unspoken project of the Archive has always been this argument for cinema. The book is just one more expression of that.”

Radical Light traces local film innovation back to 19th-century tech geeks who were inventing recorded motion, like Palo Alto’s Eadweard Muybridge. By the 1920s, Philo T. Farnsworth was experimenting with broadcast television in a lab on Green Street in San Francisco.

As early as the Forties, poets and painters and teachers were formally rebelling against mainstream Hollywood, and some of the best avant-garde cinema and programming came out of local universities like SF State. Film societies dotted the region and were dedicated to the outrageously explicit and the forbidden, screening even fascist propaganda films.

In the Fifties, the same halls that hosted readings of Allen Ginsberg‘s Howl supported some of the most unsettling cinema ever created. Radical Light says 1949’s The Lead Shoes had “the irrational incoherence of a dream,” and caused audiences to riot and throw chairs at the screen.

“Who’s rioting these days?” non-narrative filmmaker Stan Brakhage reminisced in the book. “Who has enough passion to give a shit what happens in the arts?”

Today’s audiences are desensitized to the power of an image, Seid speculated. They’re also more tolerant of experimental film, Geritz noted. That tolerance has its roots in the Sixties.

As the Summer of Love became a decade of decadence, the huge influx of artists to the Bay Area brought sex, drugs, and rock ‘n’ roll into experimental film programs. The roots of rock concert lighting go directly into local college film class experiments.

Thirty years before The Vagina Monologues, Alice Anne Parker‘s notorious Near The Big Chakra from 1972 is a silent film about the vulvas of 37 women ranging in from infant to 67 years old. The lingering anatomy meditation caused a riot when it was screened in Michigan. “Women didn’t know what vaginas looked like,” the director recalled in an interview in the book. “They just didn’t know.”

As America discovered sex, the experimental scene moved on. Pioneer Bruce Connor dabbled in remix culture fifty years before anyone had ever heard of collage music artist Girl Talk. Connor’s legendary cut-ups of other films as well as his use of music tracking set the stage for the music video. Punk lurked just around the corner.

“This is a museum that has an adventurous spirit. We can do things here and take risks other places might not be ready to take.”