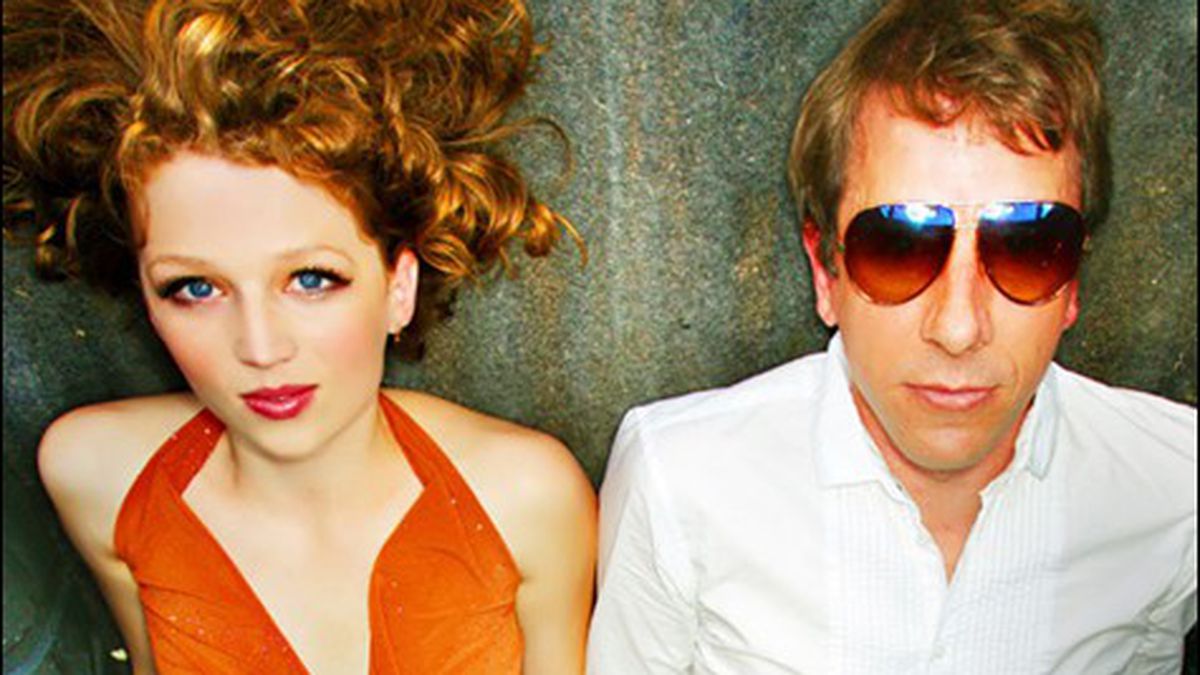 Despite her hippie pedigree, Oona Garthwaite's music is rooted in excess.

For a pop singer, Oona Garthwaite grew up remarkably pop-bereft. The second of four children, she was born in Oakland but spent most of her childhood in west Marin. She describes her hometown as “ramshackle.” People kept goats and chickens, and let blackberries grow wild in their gardens. Houses were separated by dirt roads. Garthwaite’s favorite example of her isolation was that she didn’t know who Michael Jackson was until after the movie Free Willy came out in 1993. Someone gave her a doll version of the red “Thriller” outfit for Christmas, and she couldn’t understand why it was missing one glove.

“That’s so inside out and backwards,” Garthwaite said, recounting the story at Lanesplitter Pizza. She was wearing a red Bob Marley T-shirt and big chandelier earrings, looking every bit the contemporary pop diva. She talked about her past in a tone of mild self-reproach.

Her producer Dave Tweedie demurred. “I think that because of that, all the decisions she makes aren’t really based on what’s been done a million times,” he said. Tweedie insists he was largely drawn to Garthwaite for her lack of pretense. She arrived at his studio three years ago with a guitar and an eight-track demo recorded in her bedroom. She’d come on a lark, after meeting Tweedie’s co-producer, Stephen Bradley, at a rock show.

At that time, Garthwaite’s understanding of the music industry was limited, as was her musical pedigree. Her father and aunt had fronted a folk-rock band in Berkeley during the Sixties. She knew how to harmonize, and enjoyed singing at home with her sisters. She could plunk a few chords on the piano that her parents bought at a rummage sale. During college, she briefly co-led an all-girl punk outfit. But otherwise, she was a dicey prospect for any producer: no C.V., no budget, no business plan.

In retrospect, Garthwaite readily admits to her own insouciance. “I come in with, like, whatever fuckin’ crap I made on this eight-track with my dad’s SM58, and my friend playing the bongo,” she recalled. “I might have even doubled the choruses. It was, like, ‘Oh, wow, great production value — for a ten year old.”

For an on-the-cheap product, though, the demo showed remarkable promise. Garthwaite could really sing. She had one of those nasally, burlesque-era voices that sound better without any adornments. Garthwaite wasn’t naturally a big belter, but she could sing loudly when coaxed. Tweedie was impressed. “She sang without any phony inflections,” he said. “And she could actually project. A lot of people can’t do that.”

Add to that Garthwaite’s vintage aesthetic. She’s cute in a way that references 1920s flapper style — curly bobbed hair, alabaster skin, bird-like features. She has an interesting first name that works as a performer handle. She can write lyrics that filter an entire storyline into a three-minute song template. The words “pop star” were probably inscribed in her genetic makeup.

So thought Tweedie when he first took a gamble on the young singer. And he might have been right. Within four hours, he and Bradley had transformed Garthwaite’s demo track, “Slippin,'” into a bona fide song. When Garthwaite heard the result, she was dazzled. She and Tweedie began working together in earnest, using her first name as their band moniker. (They prefer to spell it in all caps.) It was clearly the smartest decision that either of them ever made.

Oona quickly rose from playing open mics at Hotel Utah to opening for bands like New York power trio Semi Precious Weapons. In 2009, the duo was voted “Best Bay Area Breakout Artist” in a competition produced by MTV2. Shortly thereafter, Oona’s song “Tore My Heart” was featured on the reality TV show So You Think You Can Dance. A tango with a staccato dance beat and a petulant la-lay-ah-ey-ah intro, it quickly caught on in the blogosphere.

“Tore My Heart” is noticeably absent from Shhhhout!, the album that Oona released digitally in November, but it’s still the best example of Garthwaite’s style. She’s a brash, saucy performer who seems to prefer up-tempo dance beats and richly layered horns. She performs with a live band on stage, but her recorded songs are sample-driven. Many of them sound like sped-up blues ballads. The bridge to “I Wanna Know You” relies heavily on piano and electric guitar. “Trouble” begins with a barely decipherable (perhaps unintentional) nod to Pat Benatar, but it turns into a rap song. “Haunting Me” is both a lament and a scold.

Two things prevail in Oona’s music. One is Garthwaite’s peppery voice. The other is the gloss on the production. Oona’s tunes all point to their own artifice. They sound busy and gaudy, with crisp drum patterns and sharp studio effects. Anyone who knows Garthwaite’s backstory would probably expect her to be a Joni Mitchell or a Buffy Sainte-Marie. Instead, she’s pop all the way. She wears an asymmetrical hair part. She sings without any inhibitions. Her music celebrates excess.