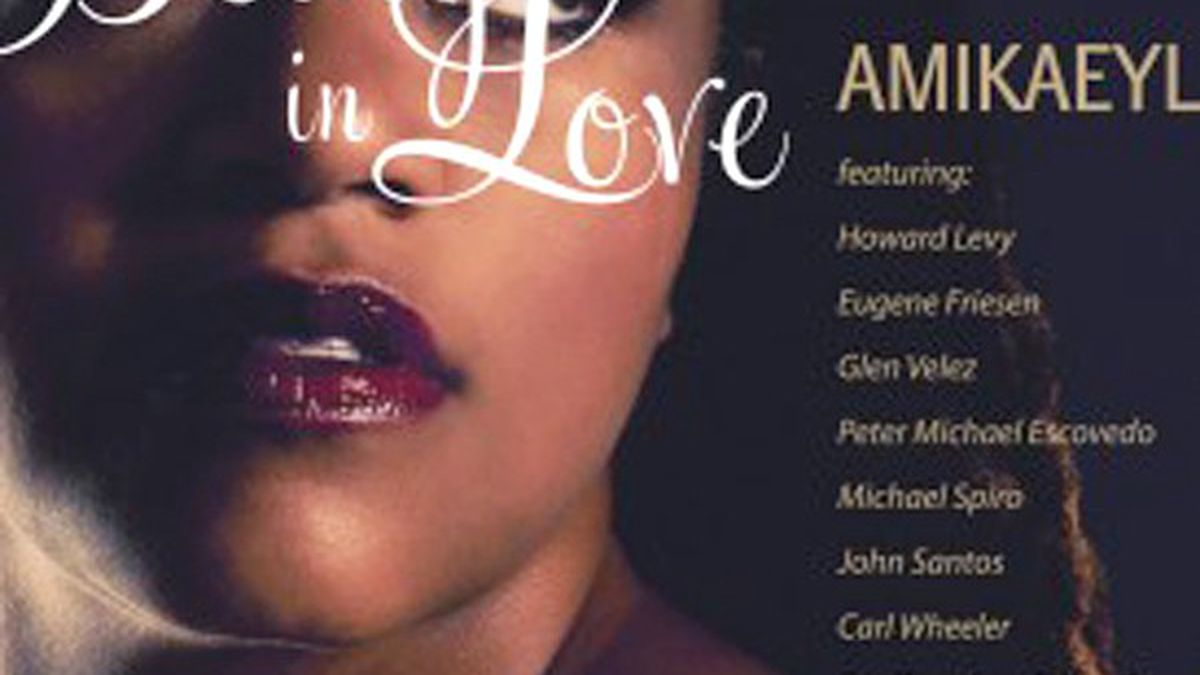 Diehard Bill Withers fans might have a hard time imagining an interpretation of his 1977 hit “Lovely Day” that transmits more joie de vivre than the original, but Oakland-based soul singer Amikaeyla provides such a version on her new feel-good album, Being in Love. In fact, she all but transforms the song, substituting Latin conga fills (by Sheila E.) for the original funk beat, and using warmer harmonies to blur out Withers’ ever-so-slight aura of melancholy. (Even lyrics about the punishing rays of dawn sound light and bright when issued from Amikeyla’s lips.) Steeped in many forms of music as a child — she played classical piano, viola, Indian flutes, and a whole battery of percussion instruments — the singer reveals her omnivorous tastes in the tune selection for this album, which includes several standards, a few Latin tunes, and a traditional hambone, in addition to the Withers cover.

Amikaeyla renders each song in the style of a jazz singer, crooning and swooning over her vowels, festooning her melodies with vibrato, and adding vocal adornments the way a painter might add a thin coat of shellac. She can’t really save the Lionel Hampton tune “Midnight Sun” from sounding a little cheesy, but her renditions of other traditional love ballads — namely, “Dreamer” by Antonio Carlos Jobim, and “Better Than Anything” by David Wheat and Bill Loughborough — are resplendent, each of them modernized and bolstered by a large string section. Not surprisingly, the standout track is also the simplest: “Hambone,” a traditional blues song from the American South, features percussion and hand-claps from local folk artist Linda Tillery. A small anomaly on an album of love ballads, it shows that Amikaeyla is also capable of extracting joy from everyday life. (RootsJazz Records)