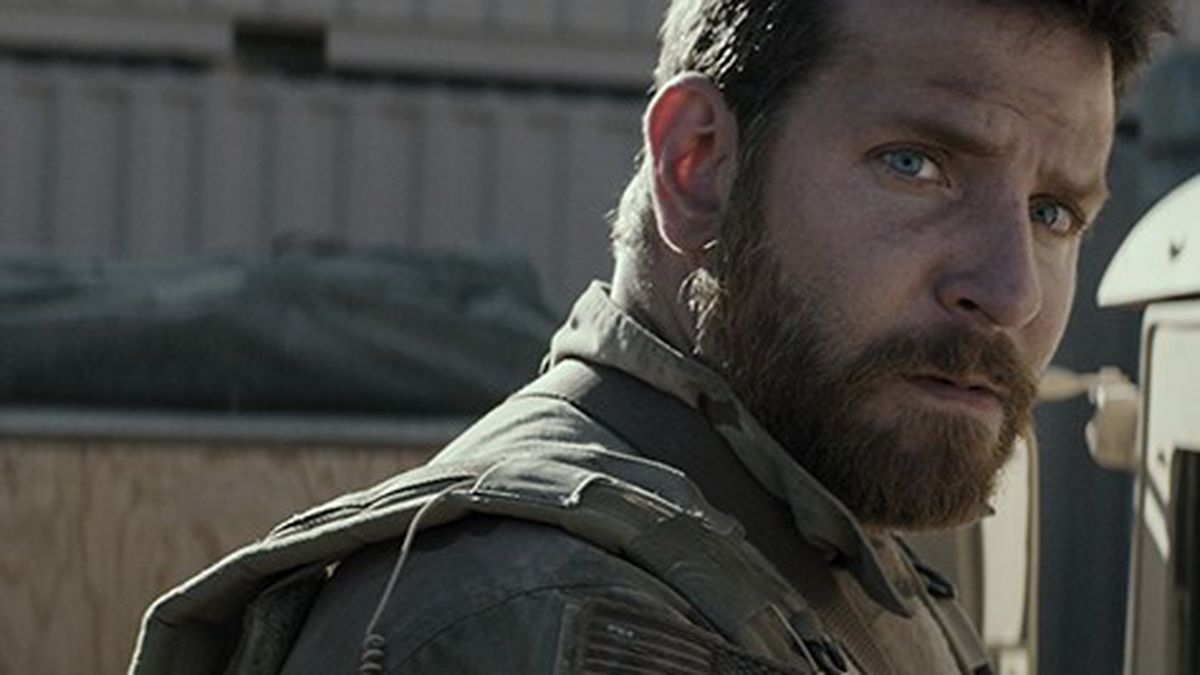 This Christmas, give the gift of war. Warner Bros. and Universal, respectively, are offering moviegoers the choice between two separate major conflicts for their holiday enjoyment: Clint Eastwood’s American Sniper, a dramatic account of the Iraq War career of Navy SEAL Chris Kyle; and Angelina Jolie’s Unbroken, also a true-ish story, about American flyer Louis Zamperini, who was taken prisoner by the Japanese in World War II.

Let’s tackle the Eastwood first. Chris Kyle (played as an adult by Bradley Cooper, with a serviceable Texan accent) grows up in the sort of small town where firearms, hunting, and self-reliance are compulsory subjects. Early on, he develops a sharpshooter’s eye. His stern-faced father explains to him the notion of humanity falling into three groups — sheep, wolves, and sheepdogs — with the acknowledgment that young Chris is destined to be a sheepdog, a strong figure who protects the weak from predators. Somehow this segues into the grownup Chris joining the SEALs, going through their arduous training, and being deployed to Iraq, where his job is to provide “overwatch,” protective fire for Marines from a sniper position, usually on a rooftop.

Chris turns out to be a bloody good killer. In fact, he becomes famous in the US military as the guy who waxed 160 men, women, and children in slaughterhouses such as Fallujah (it should be noted that the kids were carrying rockets, and thus were fair game). Chris is so notorious that Iraqi warlords put a $180,000 bounty on his head as a “crusader” who must be stopped. That, plus the stress of combat and the pain of long periods away from his family, take a toll. His wife Taya (Sienna Miller) feels especially frozen out, and her husband’s stateside down time becomes almost as nerve-rattling as his time in-country. After four tours of duty, Chris cracks up and seeks medical help, but it is his fate to be remembered as a complicated sheepdog who deserved better.

That’s more or less the whole synopsis of American Sniper, as nice and tidy a tribute to the US fighting man as filmmaker Eastwood could ask for, all things considered. The firefights are well staged, with overwhelming production values and the requisite smidgen of irony in the screenplay, adapted by Jason Hall from the book by Kyle, Scott McEwen, and James Defelice. Both Cooper and Miller are totally believable in their roles. As he matures, Chris increasingly behaves like a man programmed for a task, who now aches to de-program himself and break loose. Somewhere in the midst of house-to-house combat in urban areas, we begin to wonder how Chris would react if it were his family, sitting down to dinner in their home, who had their door kicked in by foreign troops who couldn’t speak their language but screamed at them while pointing assault rifles in their faces. The entire weight of the American campaign in Iraq rests on Chris’ shoulders, and as he begins to doubt, so do we.

Recall the boundless irony in Eastwood’s Flags of Our Fathers (the sad story of Native American war hero Ira Hayes) and Letters from Iwo Jima (the director’s view of Japanese soldiers fighting and dying in vain) — and other combat adventures, such as Lone Survivor (SEALs in Afghanistan), Fury (Brad Pitt against the Nazis), and Black Hawk Down (Army Rangers vs. insurgents in Somalia) — and we realize something is lacking. We could go for utter reality, as in Sebastian Junger’s Afghanistan war documentaries Restrepo and Korengal, but a narrative usually gets to the heart of the matter better than a doc.

Here’s an idea for a thrillingly new type of war movie: Chronicle the life of Dick Cheney, former Vice President and second-in-command of all US armed forces during Chris Kyle’s tours of duty. Philip Seymour Hoffman would have been ideal for the role, but unfortunately he died. How about Steve Carell? We could get some background on Cheney’s work as Secretary of Defense under G.H.W. Bush (also his jobs as Republican policymaker and fossil-fuel promoter), maybe sit in on his contributions to Operation Desert Storm in addition to Iraq War Number Two, see him arguing in favor of torture, searching high and low for weapons of mass destruction, etc.

Of course, Cheney came away from Iraq a little better off than Chris Kyle, but such things are to be expected. America needs leaders, and leaders have more important things to think about than the problems of confused grunts and worried military dependents. We imagine that Kyle’s dad would recognize Cheney as a “wolf.” At any rate, Eastwood should look into this movie concept. He could call it American Liar, or maybe Priorities, and I’d buy a ticket.