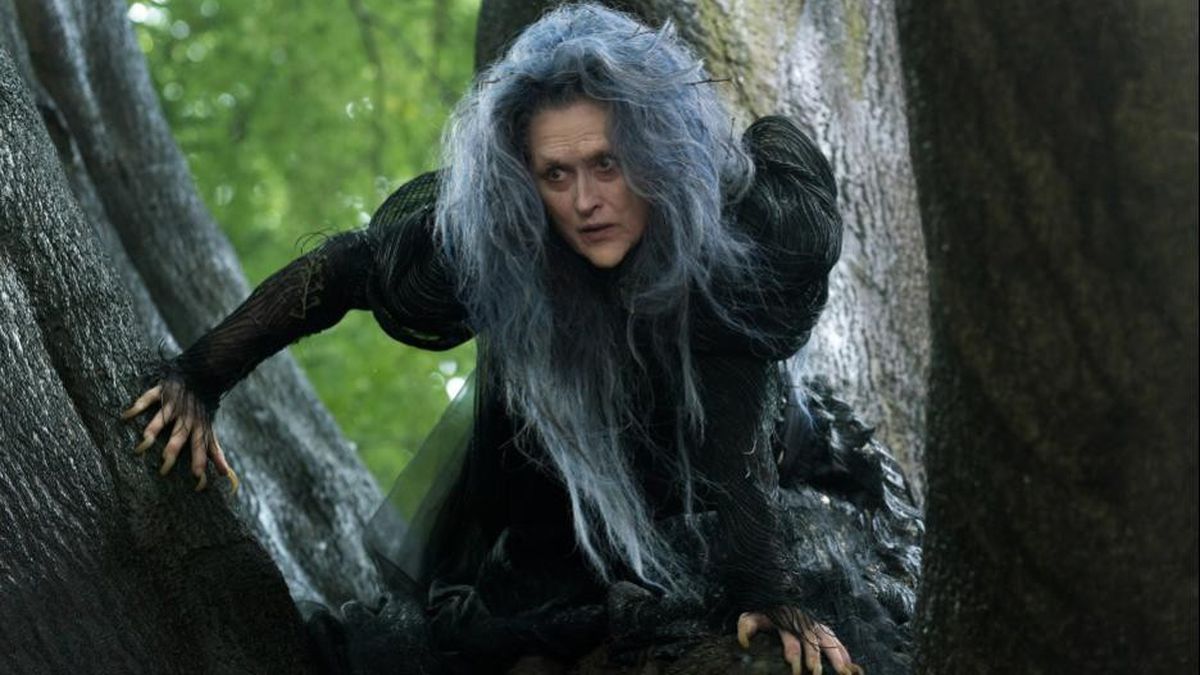 A tired pastiche of familiar fantasy motifs connected by a string of forgettable Broadway-style ditties.

Into the Woods hits theaters this week as a classic piece of counter-programming, a holiday alternative to audiences who would rather watch the movie version of Stephen Sondheim and James Lapine’s 1980s Broadway musical than sit through American Sniper with the rest of the family. If they knew how flabby and ill-conceived Woods really is, however, they’d do anything to avoid it — they might even go so far as to take in The Gambler.

Lapine’s book is a collision of classic fairy tale characters, including Cinderella (Anna Kendrick), Little Red Riding Hood (Lilla Crawford) and the hungry wolf from that story (Johnny Depp), Jack from “Jack and the Beanstalk” (Daniel Huttlestone), and Rapunzel (Mackenzie Mauzy), all of them clustering around the predicament of the Baker’s Wife (Emily Blunt) and her nincompoop husband the Baker (James Corden) and their disagreement with the witch next door, frantically portrayed by Meryl Streep. It’s intended to be a whimsical foundation for Sondheim’s songs, but neither the songs nor the story will make Sondheim’s, Lapine’s, or director Rob Marshall’s career highlight reel. The usual challenge applies: Try to hum any song an hour after you’ve seen the movie. Can’t be done.

Kendrick is worth watching and the enchanted forest is visually elaborate (aren’t they all these days?), but that’s where the fun ends. Even the most perfunctory fairy tale should have a bit of magic in it, a sense of wonder. Into the Woods has none. It’s a tired pastiche of familiar fantasy motifs connected by a string of forgettable Broadway-style ditties. The story never seems to end. It just keeps lurching on, anti-climax after anti-climax, at a full two hours, far too long for a holiday child-minder. There are going to be lots of puzzled customers shuffling out of the multiplexes after struggling through this one.