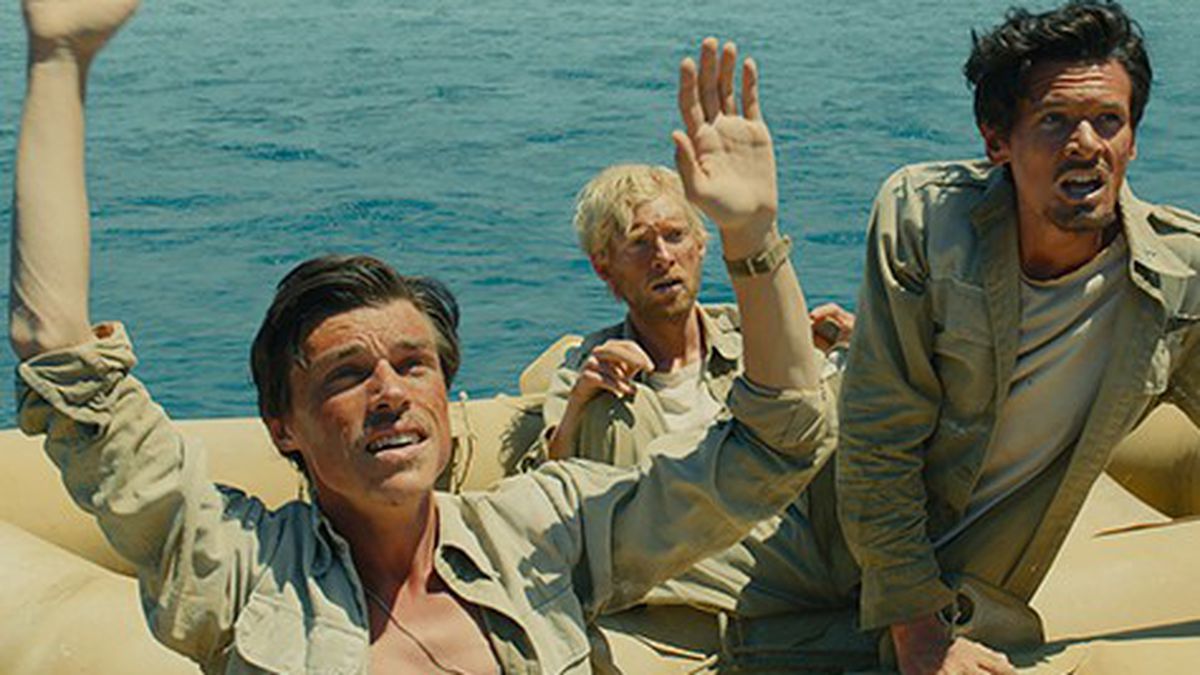 In Angelina Jolie's second feature as a director, no irony is allowed, only bravery.

Louis “Louie” Zamperini of Unbroken, like Chris Kyle in American Sniper, is another GI who deserves better. The Italian-American Olympic track athlete turned WWII bomber crewman (played by English actor Jack O’Donnell) gets shot down in the Pacific and faces the biggest challenge of his life as a POW under the Japanese. In yet another surprise move out of Hollywood, the generally disrespected Angelina Jolie — subject of more than one of the hacked Sony emails — shows up as Unbroken‘s director. She does a creditable job.

Unbroken is a perfectly workable war story of the inspirational type, with valiant Louie standing up to the obsessive brutality of his Japanese captor Sergeant Watanabe (played by pop music star Takamasa Ishihara, under his stage name Miyavi), who the inmates call The Bird. After Louie and his crewmate survive weeks on a rubber life raft and are captured, The Bird makes it his duty to crush the American athlete’s spirit with beatings, waterboarding, slave labor in a coal mine, cruel “games” of strength, etc. But Louie refuses to quit. He may have doubts about himself or his mission, à la Chris Kyle, but if so, he never shows it. Then again, the American mission in WWII was considerably clearer than the one in Iraq.

Adding to the surprise of Jolie’s direction is the authorship of Unbroken‘s screenplay, co-written by Ethan and Joel Coen, with Richard LaGravenese and William Nicholson, from Laura Hillenbrand’s book. Irony is not allowed, only old-fashioned bravery.

Tuesday’s Briefing: Trump is coming to the Bay Area, but nobody...