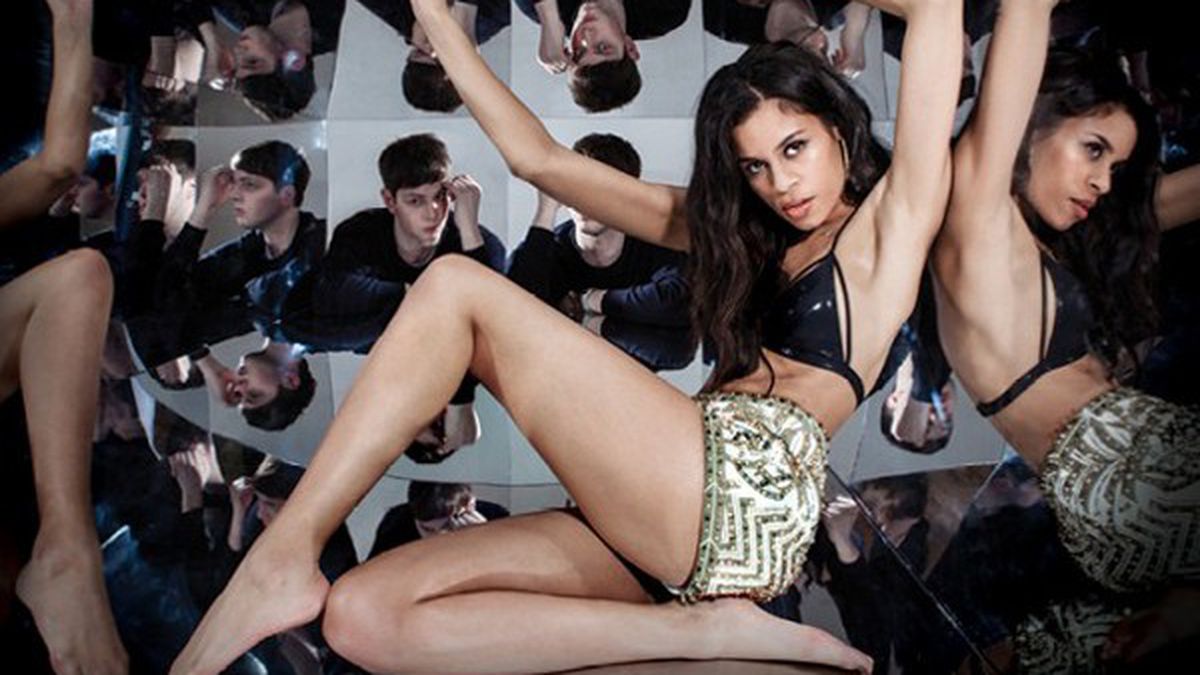 AlunaGeorge is vocalist Aluna Francis and producer George Reid, a British duo in their early twenties who make modern R&B that reflects their unabashed appreciation of the feel-good pop music of their youth — achieving a sound that’s both futuristic and retro at the same time. It’s led some to dub them “future pop,” a label that has also been associated with avant-pop artists Grimes and Purity Ring. But whatever you want to call it, AlunaGeorge’s debut full-length album, Body Music, is sheer fun. Like most pop, Body Music almost feels indulgent, but the songs are too well-constructed to feel particularly guilty about. It boasts a whopping nineteen tracks, including a bonus cover of Montell Jordan’s classic funky jam, “This Is How We Do It”; half the songs were released as singles over the past year.

The previously unreleased material on Body Music doesn’t deviate from the duo’s established sound: There’s Francis’ girlish vocals; catchy, sing-along hooks; sassy lyrics; and glitchy, skittering trip-hop beats. But, that said, none of the new tracks are as instantly likeable as previously released ones like “Body Music” and “Attracting Flies,” both of which bounce and bop along, meshing synth-pop with choppy beats, inspiring the need to move after only a few seconds in.

It’s unfortunate that so much pop music these days is, well, awful: formulaic, uninspired, and unnecessarily electronic. The genre gets a bad rap. Thankfully, AlunaGeorge reminds us that it doesn’t have to. (Vagrant)

Dumping the Love of Your Life Is Leotarded

Chevy Volt to Go On Sale Next Year in California