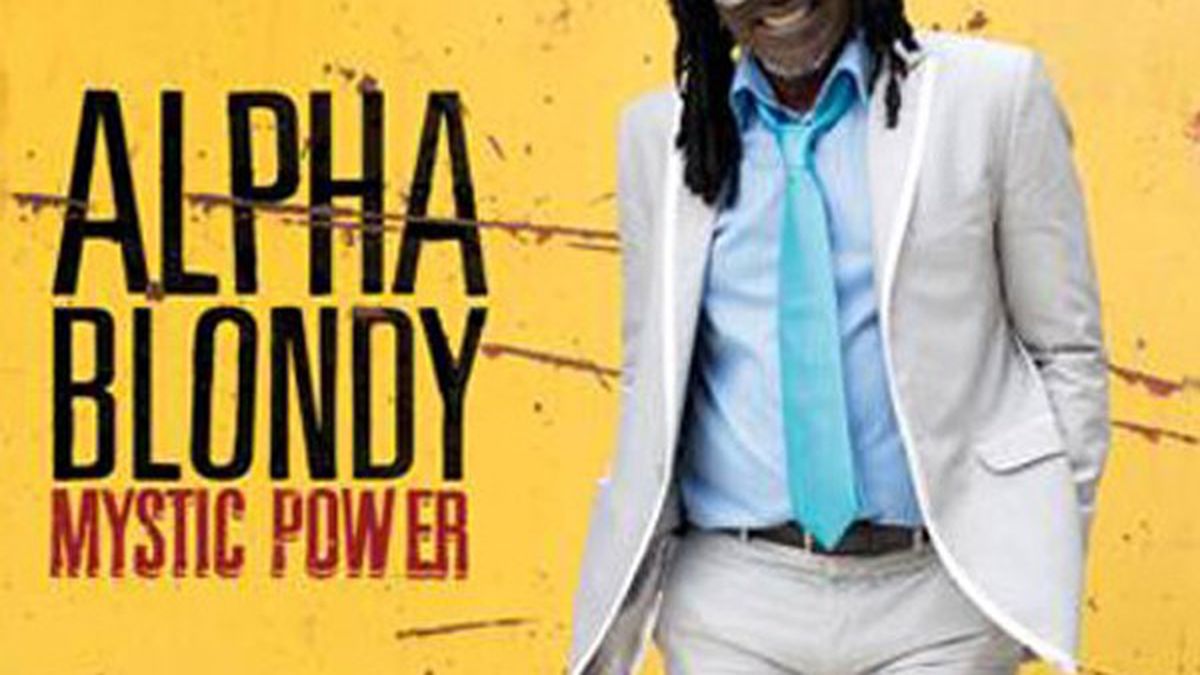 With eighteen studio albums since his 1983 debut, Jah Glory, Alpha Blondy is easily today’s most prolific purveyor of African reggae. Hailing from Côte D’Ivoire, Blondy has expanded reggae’s canon from the “equal rights” ethos of its Rastafarian/Caribbean origins, singing in several languages and touching on themes such as peace, spirituality, the universality of music, and the need for humanitarianism in the face of global conflicts.

On Mystic Power, Blondy (seemingly effortlessly) does what he’s done his entire career: make uplifting, inspirational music that seems to channel a higher power. The lead single, “Hope,” is an obvious attempt to contemporize the singer’s persona, with Auto-Tuned vocals and a cameo from dancehall star Beenie Man; thankfully, Blondy’s impassioned voice is strong enough to overpower the slightly cheesy production. On “My American Dream,” Blondy tells the story of a disillusioned soul — he could be an African immigrant or black American — who returns to his homeland; in classic reggae fashion, upbeat, cheery rhythms offset the sad lyrics. “J’ai Tue Le Commissaire,” an update of Bob Marley’s “I Shot the Sheriff” sung in French, is worth buying the album for alone. Also in French, “Pardon” is a slow, piano-driven ballad with string embellishments and a lilting female chorus, and it’s beautiful, even if you can’t understand the lyrics.