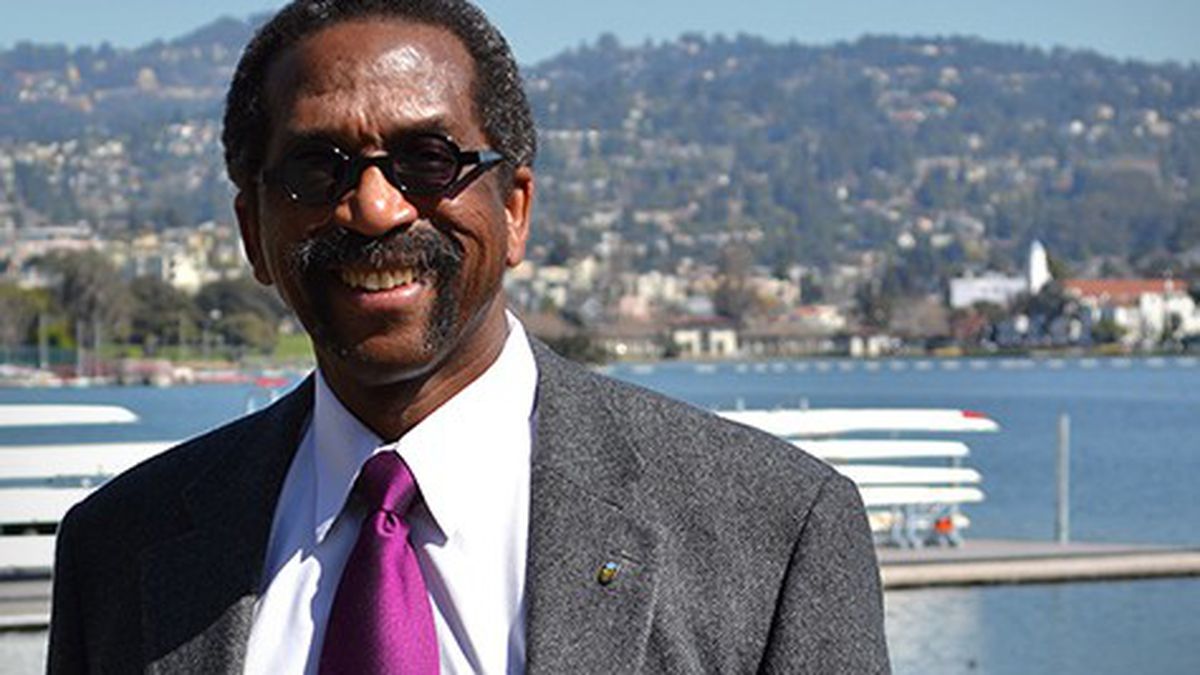 East Oakland and Pleasanton may not share much in common. But both communities are on the front lines of perhaps the most hotly disputed election contest in the region this primary season.

In one corner of the two-man race is Supervisor Nate Miley, the incumbent who’s served the diverse district-four region — which extends from Montclair and East Oakland through Castro Valley and into Pleasanton — for the past sixteen years. Miley snatched up most of the big Democratic establishment endorsements, from Congresswoman Barbara Lee to former Assembly Speaker and S.F. Mayor Willie Brown, and boasts a bigger war chest.

Nevertheless, he’s facing a thorny re-election battle against high-profile challenger Bryan Parker, a former health-care executive with a self-described fresh vision and big political ambition. Parker accuses Miley of phoning it in as supervisor and being out of touch with his constituents — and far too cozy with business and developer interests.

“He’s taking his eyes off of the ball, and his other relationships seem to suggest that he’s more in it for himself,” Parker told the Express during a phone conversation while taking a break from canvassing neighborhoods over Memorial Day weekend.

Miley is fighting back, however, calling Parker a wannabe career politician with little interest in serving the people. “I think he’s disingenuous. I think he’s using this as a stepping stone … to run for higher office,” Miley said in between knocking on doors this past Saturday. “I just don’t think Parker has [my] same level of sincerity or integrity.”

Needless to say, the campaign is in full smear mode in these final days leading up to Tuesday’s vote.

And it’s not just the barbed political rhetoric. Buckets of eleventh-hour campaign donations have also hit the race hard in recent weeks.

Both candidates still have tens of thousands of dollars remaining in their coffers.

And there’s even an independent-expenditure committee for Miley, called Pleasanton Families for Supervisor Nate Miley 2016. These sort of groups can accept anonymous and unlimited donations, unlike candidate campaigns, although it’s worth noting that the supervisor’s IE had brought in less than $6,000 as of May 24.

Parker says Miley’s campaign donations reveal a web of quid-pro-quo issues. “It’s way more disturbing to look at the number of conflicts of interest that he has,” Parker said.

Specifically, he cited Corizon Health, a company that provides care to inmates in Alameda County jails. Miley was chairman of the committee that awarded a $237 million no-bid contract to Corizon, which has seen the deal re-upped over the years despite inmate deaths that have cost taxpayers millions of dollars in settlements.

Corizon has also donated to Miley’s campaigns. “When we think about transparency … would [Corizon] have come in on a no-bid basis if they hadn’t donated to his campaign?” Parker asked.

Miley admitted that the Corizon contract “is an issue.” But he argued that, for the most part, the county is well-managed.

“In the grand scheme of things, the county has very few blemishes. The county is looked at as a model throughout the state,” he said.

Yet Parker continues to ding the longstanding supervisor, even accusing him of nepotism by accepting campaign money from Paramedics Plus, a company that employs his daughter.

“I don’t think people who put out negative campaigning deserve to be elected,” he added.

He says that, in 25 years as supervisor and an Oakland city council member, he’s raised money from labor, business interests, and so on. “That’s what we do. And I have a history of raising money, but still voting my conscience,” he said.

“What am I supposed to do, sit back and not ask people to help me?”

He fingered Parker for raising a lot of his money from outside Alameda County. “His corporate connections,” as Miley put it.

Parker insisted that most of this out-of-town money came from his parents, who live in Southern California. “This is just Nate not being able to explain how he’s taken money,” he said.

The money is sexy — but it’s likely the issues that will prove whether Miley sticks around for another four years, or if Parker upsets the Dem Party favorite.

Miley says that, when he’s out campaigning, the No. 1 issue people want to discuss is housing, and the diminished affordability of living in the East Bay. That’s why he’s a big advocate for a $500 million housing bond, which will likely appear on the November ballot. This fund will assist in building all sorts of much-needed housing — affordable, market-rate, workforce and so on.

“It’s not a panacea, but it would help,” Miley said.

Parker agrees that the ballot measure is likely needed. But he also views the bond campaign as symptomatic of Miley’s lack of vision. “I think that we need to do something that’s super bold and super ambitious,” he said.

This is an example of how Parker likes to paint himself as a progressive-minded ideas guy. He’s tagged Miley as a politician that, after decades, is devoid of “fresh ideas.”

Miley rebuffs that label. “It’s kind of frustrating. It’s as if I’ve been sitting back not doing anything,” he responded.

The supervisor cited one of his “biggest fresh idea” projects as his ordinance requiring better stewardship for companies that manufacture pharmaceutical drugs and medical equipment. A challenge to this law went all the way to the U.S. Supreme Court, which sided with Miley and the county.

“Talk about a fresh idea, that’s a fresh idea that was huge and has national implications,” he said.

Miley also cited his work on a local youth center, a rural livability initiative, and violence-prevention work in East Oakland as progressive policy.

He dismissed his critics as biased: “It seems like the media and the press are working in collusion with Bryan Parker,” who was endorsed by the East Bay Times.

Parker remains unimpressed. “I look for a crowning achievement, and I don’t see one.”

The two do see eye-to-eye on a few issues. For example, both agree that zero public dollars should go into building a new home for the Oakland Athletics or Raiders, although land and infrastructure contributions are not out the question.

But Parker did gravitate more toward social issues. He says he’d like to see the county working more proactively on matters such as homelessness, health care, and street violence. “We’re still the third-most-violent city in America,” he reminded. “As reprehensible as Trump’s remarks were … crime and inequality feed into the affordable-housing issue.”

Parker comes from the corporate world, but also thinks increased public-private partnerships will help solve some of the county’s lingering social woes. “We can look to partner with the private side, too … We can start re-imagining the way government looks at things.”

For instance, he thinks Alameda can invest in rehabilitation and work-force training, and partner with nonprofits and private interests, to get fewer people living on the streets. “Why are people homeless in the first place? What keeps them out of full employment?” he asked. “I think if we did more rehabilitative work on the front end, we’d lower the bar on the number of beds [needed].”

But Miley has hit Parker for being too corporate. Both candidates have law degrees. “But he took a corporate route. I took a grassroots way,” he said, likening Parker to former candidates Meg Whitman and Carly Fiorina.

“You can’t buy your way into elected office. You have to have experience and integrity,” Miley said.

His challenger frames it differently: “I bring urgency. My competitor has gotten pretty comfortable. I think it’s a pretty clear choice.”