.Ajuzoun: Steak and Sushi on the Oakland Waterfront 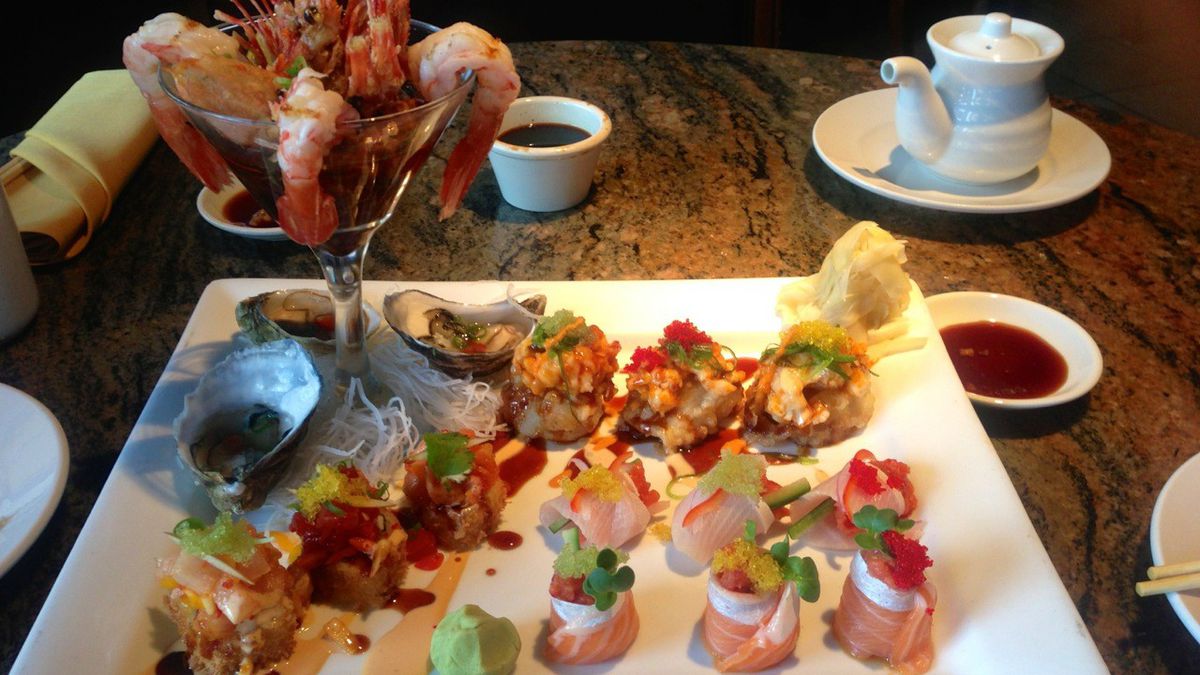 Share
Facebook
Twitter
Linkedin
One of the gaps in the East Bay dining scene is the lack of a bona fide steakhouse. Might a new Korean-owned Japanese restaurant on the Oakland waterfront help fill the niche?

[jump] According to chef-owner WonBin Lim, Ajuzoun (15 Embarcadero) will be a modern Japanese fusion restaurant and an American-style steakhouse all in one — so, various sushi-like raw-fish creations on the one hand and straight-up grilled Black Angus steaks on the other.

Lim, a native of Korea, said that for the Japanese fusion side of the menu he’ll make his own tofu, kimchi, and various special sauces from scratch. For one dish he puts that house-made kimchi on top of raw fish. For another, he combines smoked salmon, bits of bacon, and a spicy sauce.

Meanwhile, the steak section of the menu won’t have any Asian influence. Lim explained that part of his goal was to create a family-friendly restaurant. The idea, he said, is that kids who haven’t developed a taste for raw fish would still have plenty of options.

Ajuzoun will be a large restaurant — more than 10,000 square feet total if you count the waterfront patio, with room for about 250 seats, Lim said. The prior tenant of the space was Zazoo’s (an Afghani restaurant and hip-hop dance club). Before that, it was home to a seafood restaurant called Rusty Scupper.

If all goes according to plan, Lim hopes to open Ajuzoun sometime in mid-February.