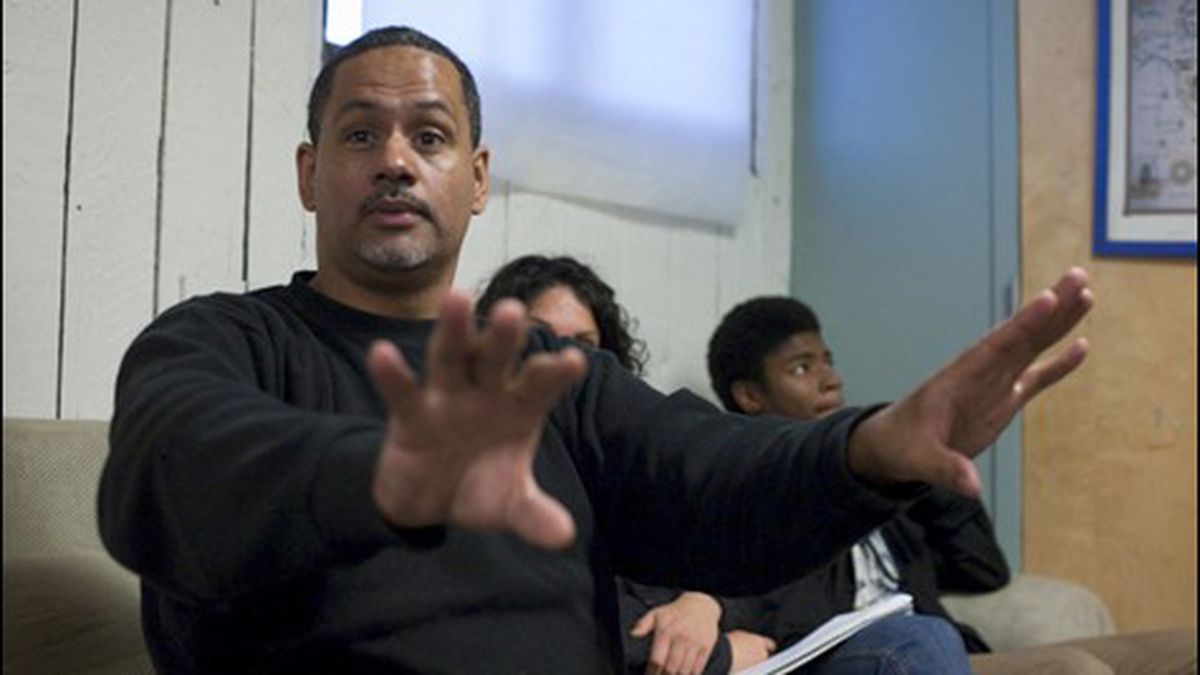 Activists Try to Get Rid of Juvenile Records Fee

They contend that the county's $150 fee prevents young people from sealing court records involving minor crimes — and thus harms their ability to find jobs and housing later in life.

Sarah Jones is a senior at an East Oakland high school. She is eighteen, and was recently accepted to Loyola University on a full scholarship, where she plans to study psychology. But like many teenagers, Jones has had difficulty adjusting to adulthood. “I’m adopted and I’m multi-racial, so I never really felt comfortable in my own skin,” she said. “It’s been tough trying to figure out where I fit in.”

When she was seventeen, Jones and two friends were returning home from a trip to Southern California when a cop pulled them over. The officer searched the car and found a loaded gun. Although the gun didn’t belong to Jones, she was charged with being a minor in possession of a firearm and sentenced to five weeks in Juvenile Hall. After being released, the court ordered her to spend an additional five months at an out-of-state, high-security boarding school. But now, as she gets ready for college, Jones has become convinced that youths shouldn’t have to carry their criminal records with them into adulthood. “A crime can be anything — maybe a thirteen-year-old takes a woman’s iPhone, and then he has robbery on his record, which isn’t fair,” said Jones, whose real name the Express has agreed not to use so that her youthful run-in with the law does not harm her future prospects. “As teenagers, we’re always learning and changing, and we shouldn’t have to carry our past with us forever.”

In many cases, though, a youth’s criminal record never goes away. When a teenager is adjudicated (the juvenile equivalent of being convicted) of a crime, that record ends up in a massive database that can be accessed by employers, landlords, and college administrators — as well as anyone who’s willing to pay a small fee. “A criminal record is a barrier: It can makes it hard for someone to find a job or housing,” said Rachel Johnson-Farias, an attorney with the East Bay Community Law Center. “And if someone can’t find those things after being released from probation, they’ll probably be rearrested.”

In most counties in California, however, youths do not have to worry about their past problems haunting them later in life. In those counties, young people adjudicated of minor crimes can pay a $50 application fee to get their juvenile court records sealed permanently, and if they cannot afford the charge, the fee is waived entirely. Counties like San Francisco, Sacramento, and Los Angeles provide the service free to everyone.

But not Alameda County. It is one of six counties in California that charges the maximum fee — $150 — under state law. It is also one of just three counties that do not offer a waiver to people who cannot afford to pay.

Upon returning to the East Bay for her senior year of high school, Jones joined the group “Free the Fee,” which is trying to get rid of the $150 fee that the Alameda County Probation Department charges people when they apply to seal their juvenile records. Through the group, Jones and a handful of other teenagers with criminal records are also learning about civic responsibility and community organizing, which is helping them transcend the shame that is often associated with being labeled a youth offender.

Alameda County instituted the $150 fee three years ago in an attempt to increase revenues for the Probation Department, which has historically been underfunded, according to Chief Probation Officer Ladonna Harris. But the fee has had wide-ranging impacts. In 2010, the year the fee went into effect, the number of people applying to seal their youth records in Alameda County dropped by half, and the number of applicants has remained equally low for the past three years, according to data obtained from probation.

“If someone has to ask, ‘I’m either going to pay rent, feed my family, or I’m going to seal my juvenile record,’ guess what, that person’s not going to seal their record,” said Jerry Elster, an organizer with the grassroots civil rights group All of Us or None and a member of the Free the Fee campaign. “As a result, that person’s going to continue to have low self-esteem, continue to be denied resources, and they’re going to have a less promising future.”

And because fewer people are now applying to seal their juvenile records, the probation department has not received the money it expected. The fee has produced an increase of no more than $29,000 in revenues each year for the probation department — which represents only 0.03 percent of the agency’s annual budget. “It’s a drop in a bucket for them,” said Tony Coleman, director of the nonprofit One Fam and an organizer with Free the Fee. “Yet because of the fee, we have youth who have the potential to be productive, taxpaying citizens, not applying to have their record sealed because they can’t afford it. It’s ridiculous.”

Harris said she is currently considering a sliding-scale payment system for sealing youth records. “We want to create a system where young people who can’t pay have the same opportunities to get their records sealed as those who can pay,” she said.

But Harris does not support eliminating the fee completely. “If we charge adults [to expunge their records], why would we not charge youth, when the impact to the community, depending on the crime, is the same.”

Free the Fee, however, has some powerful allies in Alameda County. Oakland Mayor Jean Quan recently endorsed the group and Alameda County Supervisor Keith Carson has lent his support. This political backing, along with widespread community involvement, has emboldened organizers to consider even broader changes to the juvenile justice system. The group also is pressuring state legislators to change California law so that all low-level offenses are automatically sealed when someone turns eighteen years old. “These aren’t serious offenders we’re talking about here,” Elster noted. “The county has already deemed them to be low-risk, so I don’t see what the big argument is against trying to help them out.”

The group also wants to change state law so that youth convicted of violent or serious crimes also have the opportunity to seal their records, which they have not been able to do since the passage of Proposition 21 in 2000. Washington State recently approved two new laws that require courts to seal low-level offenses thirty days after a youth’s eighteenth birthday, and permit young people adjudicated with serious or violent crimes to apply to have their records sealed. Studies show that such programs help reduce recidivism rates.

But regardless of how the political campaigns in California turn out, Coleman believes that Free the Fee will have far-reaching impacts in Alameda County. “The youth in the group are learning how local government works, they’re learning how to organize around a cause that directly effects them, and they’re learning how to participate in a democracy,” he said. “And the relationships they’re building within their communities … those will go on forever and ever.”

For Sarah Jones, working with Free the Fee has been a life changing experience. She said it has helped her overcome the shame that’s associated with having a criminal record, and it has given her a new direction in life. Since becoming involved with the group, Jones has decided that she wants to either become a lawyer or a youth counselor, and she is currently having her record sealed so that she can realize those dreams.

But until Jones leaves for college, she leaves, she will continue to organize in Oakland. “It’s exhilarating and self rewarding,” she said. “I never really think, ‘Oh, I’m doing such great work.’ But when I hear other people telling me that I’m really helping them and effecting them … that’s been amazing.”

Dan Savage: How to Talk Your Spouse Into Realizing Sexual Fantasies