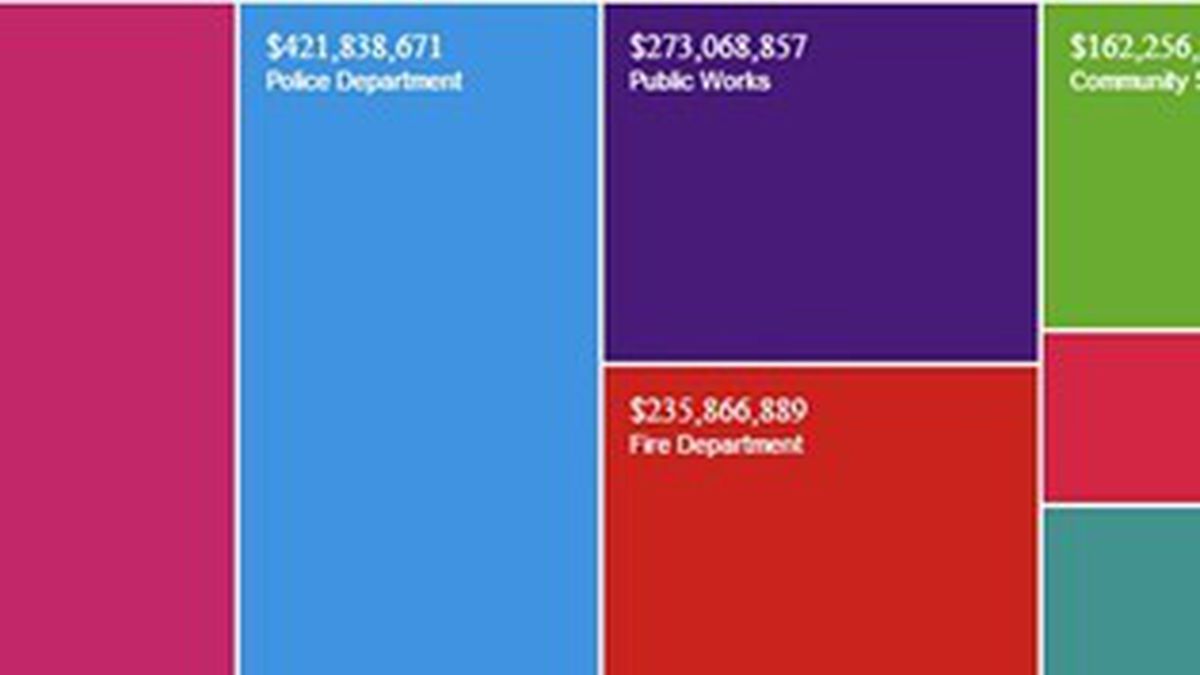 Remember Azeen’s (awesome) story from a few months ago about how civic-minded hackers are using data to try to fix some of Oakland’s stubbornest problems? WELL, a new project that aims to use data visualization to give average people the tools they need to understand — and, in turn, get involved with — Oakland’s budgeting process, just went live a few days ago (in beta at least) and it’s pretty sweet.

According to Adam Stiles, a member of the small, all-volunteer group working on the project, dubbed Open Budget Oakland, the first germ of the idea came at a hackathon last July, when Shawn McDougal, a UC Berkeley math teacher and community organizer, pitched the idea. From there, it snowballed into a full-blown website and civic project — one with legitimate buy-in from the city, no less: Stiles and the rest of the team will present the site at tonight’s City Council meeting, at the request of city officials.

“Shawn saw a need, which is that people have very little understanding of the city’s budget,” Stiles said. “In the interest of getting people involved in local politics, we tried to visualize the city’s budget. And we realized that the only way to understand it was in a 300-page PDF. Even for people like us, who are really interested in this stuff, it’s not easy.” The budget, at least as it emerges from City Hall, isn’t easily searchable or visualizable; the format isn’t particularly conducive to making comparisons between various slices of expenditures. At first, the hackathon team built a simple pie chart; after that, though, they — along with city staffer Bradley Johnson, and in collaboration with the Code for America brigade Open Oakland — began meeting weekly to take the project further. And last week, when Mayor Quan proposed the city’s 2013-15 budget, the Open Budget Oakland team produced several data visualizations in the space of a few hours.
Facebook
Twitter
Linkedin