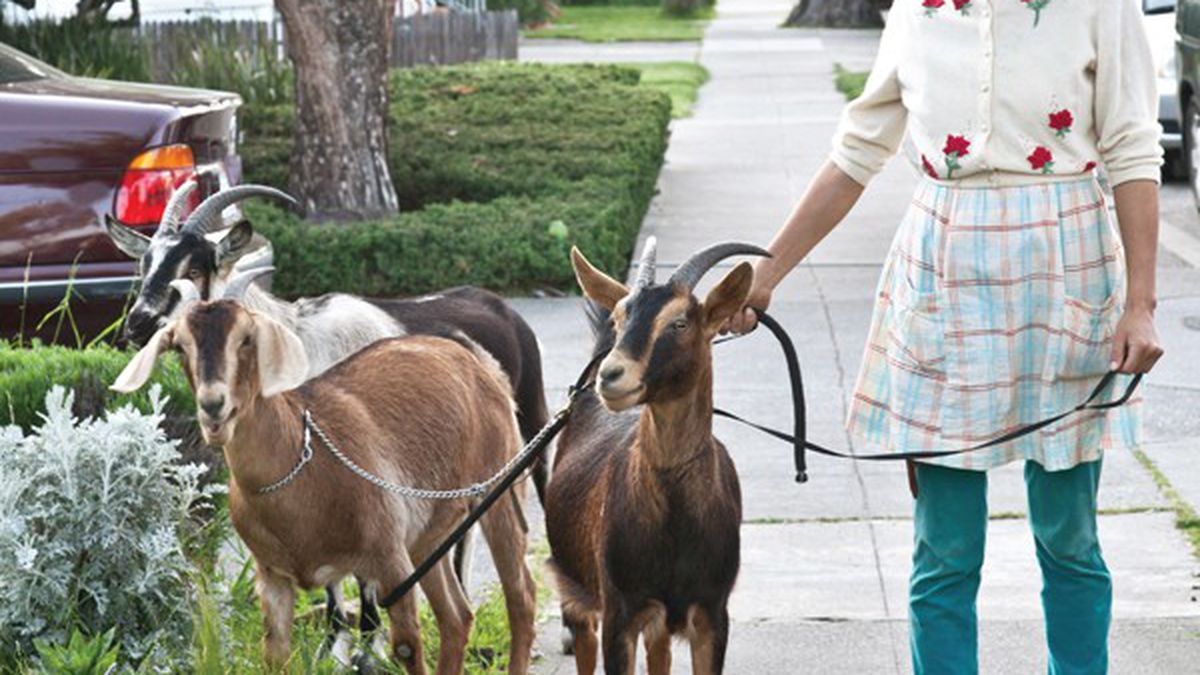 Letters for the Week of May 1

Readers sound off on Oak-to-Ninth, beach water testing, the Oakland Army Base, and Oakland street art.

Bob, my respected friend, you just negated the whole premise of your article, “How an Environmental Law Is Harming the Environment” (3/13). You summed it up at the end with: “Our primary environmental law should protect the environment against the greatest threat it faces — climate change — and not make it harder to implement solutions that help fight that threat.”

So it would seem to follow that any project that increases carbon emissions should be opposed.

Unlike Parker Place in Berkeley, the Oak-to-Ninth project will not help Oakland to “meet its climate-change goals, because it will provide much-needed urban housing near jobs and mass transit, thereby helping lessen the need for suburban sprawl and greenhouse-gas-belching commutes.” It will acerbate it!
Oak-to-Ninth isn’t infill development. It isn’t transit-oriented development. It is a massive 3,100-unit development on an isolated site with poor accessibility adjacent to a major pollution-spieling freeway and active rail lines.

It has the worst attribute of suburban life — auto dependence. The nearest transit, Amtrak, is almost a mile away, and the Lake Merritt BART station is more than a mile away, and reached across railway tracks with 75 daily trains — not a safe route for either pedestrians or bicyclists.

To help picture 3,100 units, consider this project in San Francisco — One Rincon Hill next to the Bay Bridge. The first of two towers has been completed; its 60 stories have 376 condos. So 3,100 units would be equivalent to 8 such towers? Does that not seem ludicrous even as the market improves?

The Air Quality Management District recommends that homes not be sited within 500 feet of a high-traffic freeway. Most of the residences are less than 500 feet from I-880, and the most vulnerable population, low-income families and seniors, would have been closest to it.

CEQA lawsuits cannot, in themselves, stop a bad project. The Environmental Impact Report’s purpose is to lay out the environmental impacts of a project so that an informed decision can be made. The Oak-to-Ninth EIR disclosed the horrendous traffic congestion the project would bring to the already congested two-lane access road. The cold starts and start-and-stop traffic would greatly worsen carbon emissions.

But the EIR for the Oak-to-Ninth project was completed before Jerry Brown took up the issue of greenhouse gases and required EIRs to quantify them. It would have certainly stated that the project would significantly contribute to climate change. But, even then, the city could approve the project, citing overriding considerations like, say, jobs? Possibly the same consideration will be used to push the Keystone XL pipeline: jobs!

If we are serious about climate change, the high-density housing planned for Oak-to-Ninth belongs downtown. But, it would not be harmful if a few hundred units were built at Oak-to-Ninth as long as residents all drive hybrid or electric cars and have good health insurance plans.

Joyce, I agree that Oak-to-Ninth is not smart growth — in fact, the article states exactly that. As such, I don’t think developments such as this one should be exempt from CEQA.

States might have the ability and knowledge to run beach water testing programs, but they don’t have the financial resources without continued federal assistance. Plus, without the EPA’s federal beach grants, there is no incentive to use national water quality standards, so we could see water quality standards relax and public health protection slip.

You can ask Congress to restore funding for EPA’s Beach Act Grants that pay for water testing across the country here: Surfrider.org

“The University of Private Enterprise,” Feature, 4/10

“Commercialization of science has many unintended consequences.”

For example, huge infusions of pharmaceutical research dollars into public and private institutions seem to correlate with huge increases in diagnosed mental disorders, new guidelines for the (earlier) onset of diabetes, heart disease, etc. Is anyone tracking this? Are these really “scientific breakthroughs” or just sophisticated PR?

What makes you sure that the $1.3 billion Oakland Army Base plan is needed, worth the cost, or will generate a significant number of long-term jobs for the investment incurred? There has been no independent market, financial, or cost-benefit analysis other than that prepared by port staff.

Moreover, there are no financial contributions made by the railroads (as in the case of the port of Long Beach and others), which stand to benefit by the putative increase in cargo. The Port of Oakland faces a number of challenges, including the crushing debt described in your article. One of the biggest is the port is not “rail neutral”; that is, there are not two competitive rail lines into the port, only one Union Pacific. Consider the following:

BNSF Railway Company has to negotiate trackage rights to access the port.

Rail access out of the port is hampered by numerous at-grade rail crossings in Emeryville, Berkeley, and Richmond, causing delays to both motorist and railroad operations; how many hundred-car unit trains can pass through this congested corridor?

UP Railroad is hampered by low tunnels that can’t take double-stacked trains, while BNSF sends its cargo south to Bakersfield to join Southern California rail routes close to the ports of LA and Long Beach.

The roads are congested around the Port of Oakland, making truck access difficult.

Will the new, larger, more energy- and labor-efficient ships even stop in Oakland, typically a second port of call to serve our local economy, or just stop at the aforementioned major load centers and bypass Oakland entirely?

We need to make sure that everyone is paying their fair share of the improvements, not just loading it on our port’s back. Given the port’s robust cargo projections, how can it consider selling Howard Terminal for a ballpark, displacing businesses and jobs and also abandoning the costly investment in channel deepening and “cold ironing” shore energy?

Additionally, what is the status of the $2 million Community Benefit Fund set up to compensate the local community for added environmental impacts? Where will the money be spent? Who will actually benefit? When will West Oakland see the money? This important subject also needs independent review.

Everyone will benefit from an independent outside review of the Oakland Army Base project.

David Versus the Developers

Regarding Robert Gammon’s front-page editorial, “How an Environmental Law is Harming the Environment”: I call it an editorial because the article lacked evidence of reporting or objectivity. The City of Berkeley has been on a spree of mega-apartment development. One green-washed project that gets delayed is not sufficient evidence to throw out CEQA. Developers have plenty of muscle to get their ways — the rest of us need whatever legal tools are available.

Best of luck to Cannon Dill and Brett Flanigan on their upcoming mural tour.

But I’d like to shout out the Trust Your Struggle Collective, a group of muralists/artists, largely homegrown here in the the Bay Area, who have also taken their show on the road. So far they have gone on mural tours in Central America, the domestic United States, and the Philippines. These are in addition to extensive work in the Bay Area and New York City, as well as shorter jaunts to LA, among others. You’ve probably seen their work — if you’ve seen the Oscar Grant mural that was on Youth Radio’s building, or the new mural inside La Peña, you’ve seen it. If you’ve seen the Estria Foundation’s Water Writes mural at 21st and Broadway, you’ve seen some of the work on which they have served as collaborators. You can check them out at TrustYourStruggleCollective.Tumblr.com

In Defense of Haven

I read this review and wondered if the author had visited the same restaurant I had. On three visits to Haven, during which we ordered the market menu each time, the food was amazing, plentiful, and inventive. The smoked pasta is to die for! Service was always good. Are you sure you went to Haven?

Our April 24 Museums & Galleries preview, “Playing on Freeways,” misidentified the format Johnna Arnold used for her photographs. She used 4×5 film, not digital. Also, Arnold appears in all the exhibit’s photos.

Mama Oakland Is Full of Hospitality and Heart