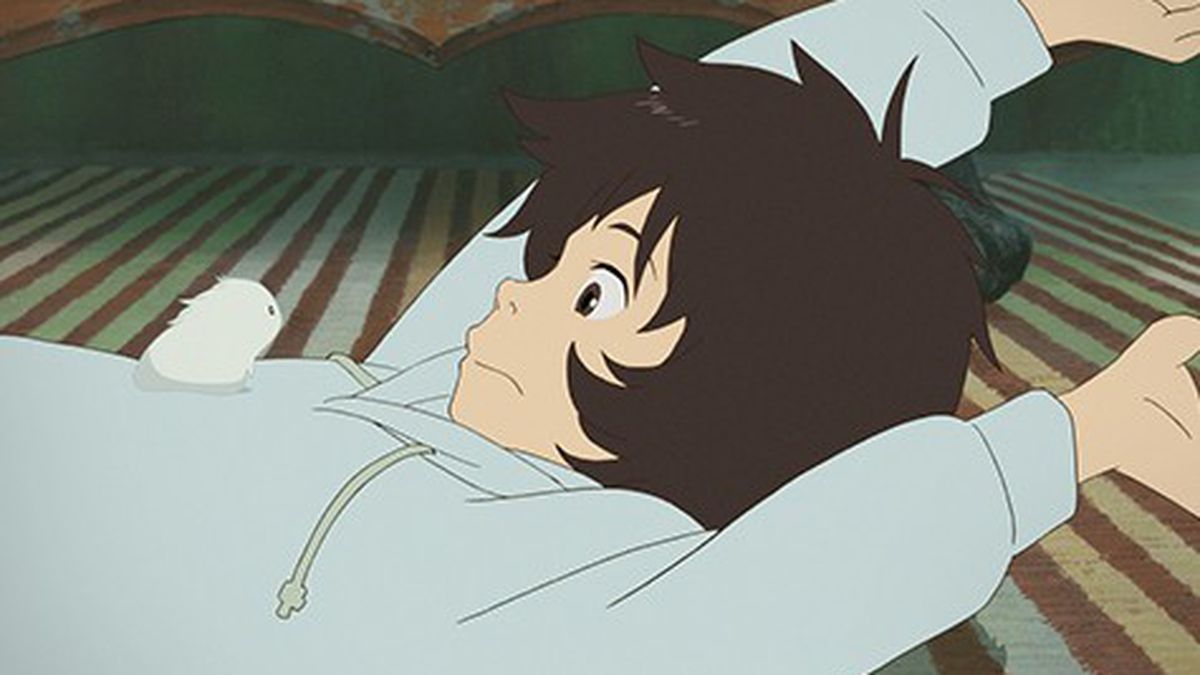 And his demigod surrogate dad, in The Boy and the Beast.

Veteran Japanese animator Mamoru Hosoda’s The Boy and the Beast opens this week in select theaters opposite Only Yesterday, the latest animated feel-gooder from Studio Ghibli. We chose to review Hosoda’s kids/martial arts/monsters film instead of the Ghibli because: 1) Ghibli’s righteousness has grown tiresome; 2) Boy-Beast is told from a strictly male perspective, generally a rarity in animated family movies these days; and 3) We liked the looks of Kumatetsu (voice of Koji Yakusho), the crude, bear-like demigod from the shadowy spirit kingdom of Jutengai, who adopts a bitter, unwanted human boy named Ren (later renamed Kyuta) off the streets of Tokyo’s Shibuya district and turns him into a caring and valiant young man.

As written and directed by Hosoda, it’s a plea for more spiritual expression in the human world, from the point of view of the traditional Japanese animal spirits who dwell in a parallel netherworld. The sugar that makes that medicine go down is Hosoda’s artwork. His depiction of modern Tokyo is more wondrous than real life could possibly be, ditto the splendiferous cityscapes of Jutengai. Meanwhile, the kid Kyuta is drawn very much in the old-fashioned manga style, especially in his exaggerated facial contortions.

The plot itself is a little less interesting. In one of his trips back to the human sphere, Kyuta meets and falls in love with a female fellow student, Kaede, also a bit of an outcast. She and his surrogate father Kumatetsu see to it that the disaffected boy learns to “hold the sword in your soul” in order to “reach a state of non-ego.” These are worthy goals for all us. Pixar and Ghibli, please note.