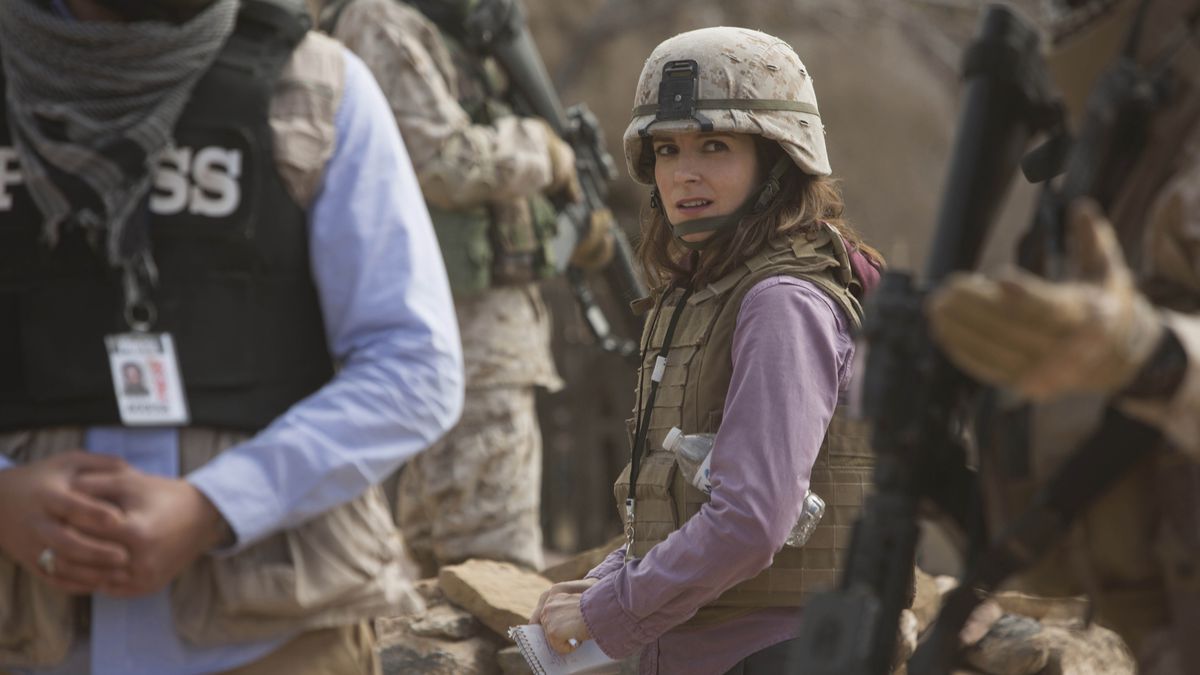 Tina Fey in Afghanistan is a concept pregnant with possibilities, albeit mostly dubious. But if the makers of Whiskey Tango Foxtrot were to get it perfectly right, watching funnywoman Fey cavort among the Taliban and warlords, lollygagging down the street wrapped in a burqa, might be just the tonic this dreary winter needs.

That doesn’t exactly happen, but Fey’s impersonation of a reporter named Kim — adapted from Kim Barker’s book, The Taliban Shuffle, by screenwriter Robert Carlock and co-directors Glenn Ficarra and John Requa — should at least get some credit for walking the fine line between slapstick sex jokes and ironic dramedy. As a rookie TV war correspondent from New York dropped into Kabul at the height of the hostilities, in 2003, Fey’s Kim wallows in the war-junkies’ extra-salty dope and canoodling escapades (“She would make a handsome boy,” observes one lusty local) but also falls in love with fellow newshound Iain MacKelpie (reconstituted Hobbit Martin Freeman) and displays true fearlessness under fire.

The gags are pithy enough, the numerous in-country sequences (shot in New Mexico) ring reasonably true, but when Kim gets that sick-puppy look in her eyes and starts to wear her boyfriend’s Celtic football scarf, the sitcom-ishness of the whole thing drags it down. Perhaps we prefer our war movies meaner. Maybe her Sarah Palin shtick has made Fey too familiar. In the end, Whiskey Tango Foxtrot is never quite absurd enough to capture the blood-ugly drudgery of that never-ending theater of conflict. Nobody said getting out of Afghanistan would be easy.

‘The Black Woman is God’ Opens at SOMArts