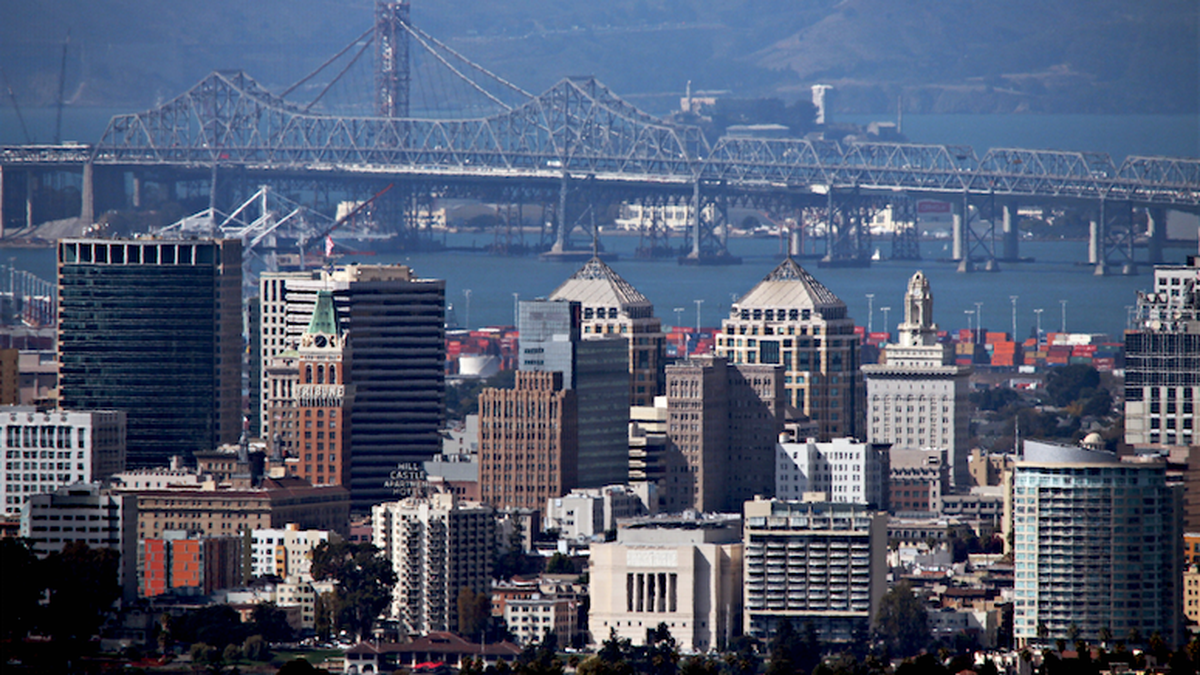 The commissioners, who are too friendly with developers, need to help foster a city for everyone.

By Jessamyn Sabbag and Miya Yoshitani
May 10, 2017
If you’ve been around Oakland recently, you’ve noticed all the construction happening, especially downtown. You may have also noticed the increasing number of tents huddled under freeway overpasses as more of us struggle to keep a roof over our heads.

We all know someone who is desperate to find an affordable apartment, faced an untenable rent increase, or flat-out been evicted. It is clear that while the “New Oakland” is under construction, longtime Oakland residents and working families are fighting to stay in their hometown.

Oakland’s Planning Commission makes critical decisions every week about Oakland’s future — about what is built, where, and for whom. A seven-member body appointed by the mayor, the Commission shapes and approves developments in Oakland, whether it’s signing off on market-rate luxury condos or the development of publicly-owned land, like the East 12th Street parcel and land around BART stations.

As a recent Express article pointed out, a supermajority of planning commissioners are real-estate specialists and corporate developers. They often have to recuse themselves from voting on key decisions, because of professional ties to projects, including making money from them. In recent years, the commissioners have voted overwhelmingly to build thousands of market-rate luxury housing units, and just a handful of affordable ones, in the midst of the biggest housing affordability crisis Oakland has seen in decades.

As organizations that both advocate for and organize with working-class people of color in East Oakland, West Oakland, and Chinatown, we believe that the current pool of commissioners is not representative of the Oaklanders who are most deeply impacted by the Commission’s decisions.

Since most commissioners live in the wealthier parts of town, own their homes, and work on behalf of developers, they are disconnected from our struggle to remain in our communities and make ends meet. We need and deserve grassroots leaders who reflect Oakland’s diversity, not the interests of developers. We don’t want a city only for the rich and hip. We want an Oakland for all. Currently, planning commissioners are appointed by the mayor and confirmed by City Council, our elected representatives.

Too often, these nomination decisions are made behind closed doors and benefit both their personal friends and political donors. We demand a more democratic and transparent process and an authentic voice in these critical choices.

At Oakland Rising Action and APEN Action, we believe in leaders with values of authentic democracy, accountable governance, and transformational decision-making. That means putting the interests of Oakland residents at the forefront — housing affordability, good quality jobs, a healthy environment, and investment in our youth and seniors. We facilitate leadership programs like Values Based Leadership, Lead East Bay, and the Asian Leadership Academy to build the vision, capacity and courage of grassroots leaders from the flatlands who share our values and represent our community.

With two seats opening up on the Planning Commission in May, we believe that more grassroots leaders, such as current Commissioner Jahmese Myres, should be prioritized over real-estate specialists.

So far, the mayor has nominated another corporate developer. But if we don’t do things differently, the new Oakland under construction will not be for us.

We call on our mayor and councilmembers to follow through on the promise of an Oakland for everyone: prioritize grassroots leadership over special interests, and reappoint Myres to a full second term.