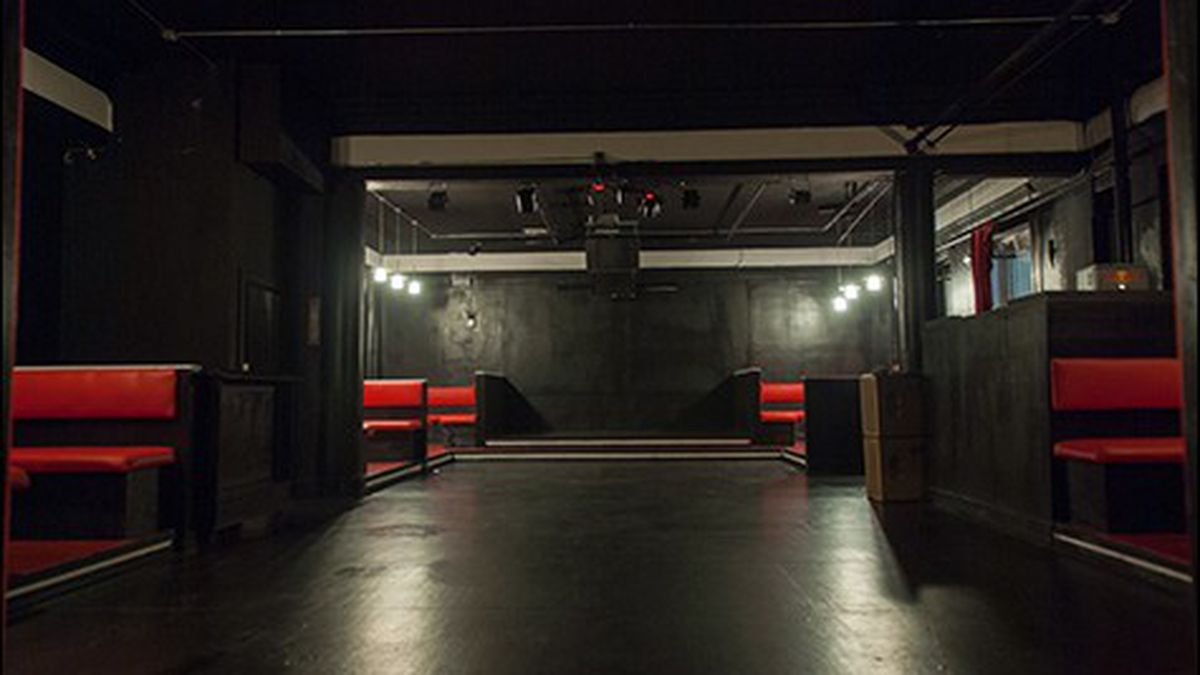 A New Kind of Venue

Oscar Edwards is hesitant to call his new downtown Oakland multi-purpose space, called Venue, a nightclub, even though he said he envisioned it as “something between Yoshi’s and The New Parish.” With three floors and four different event spaces, Venue will host concerts, DJs, and art shows, plus serve smoothies in the mornings and bar food in the evenings. It joins a growing list of nightlife offerings on the 400 block of 14th Street, between Broadway and Franklin Street, including Geoffrey’s Inner Circle; a new wine and hookah lounge, HUSH, owned by Tony! Toni! Toné! founder D’wayne Wiggins; and a soon-to-open speakeasy in the location that formerly housed the live music venue Golden Bull.

The 28-year-old Edwards has been throwing parties in the East Bay and San Francisco for years, sometimes under his name, other times as DJ Truth. He established himself as a DJ while attending San Francisco State, where he earned a bachelor’s degree in broadcast and electronic communication arts and a master’s degree in marketing. “I learned a lot about venues just from DJing,” said Edwards, who lives in Oakland’s Laurel district.

While Edwards isn’t new to the nightlife scene, his involvement hasn’t been without incident. Prior to purchasing Venue in late 2011, Edwards was affiliated with two parties that ended in violence. In 2010, Edwards was the promoter of a Halloween party at Sweet’s Ballroom where a man opened fire on the crowd, injuring nine people, according to the Oakland Tribune. Upon investigation, police discovered that the venue’s owners didn’t have a permit to host a special event, which Edwards said he didn’t know at the time. Edwards also said the venue required him to hire its security team for the event, but that “none of the guards had insurance; they were just people in security jackets.”

Then, in October 2011, Edwards DJed at a party in a San Leandro tattoo shop, after which three young people were shot and killed and another three were wounded, according to the Oakland Tribune. Edwards said the San Leandro Police Department mistakenly identified him as the promoter.

The location that houses Venue has seen its share of violence as well. It was formerly occupied by The House of Music, a venue and recording studio started by Wiggins and promoter Yulanda Washington. According to Oakland Local, during the time House of Music was open, calls to police for 420 14th Street were made for incidents including assault, theft, and forcible rape on an unconscious victim — however, it was unclear whether the incidents happened at House of Music or the Golden Bull next door, which shares the same address.

After House of Music closed, Edwards rented the third floor, a 1920s ballroom, for an event. That’s when he learned that the venue was originally an Elks Lodge and had never been properly upgraded to be a nightclub. “The city told me it wasn’t on the up and up,” Edwards said. “It was beaten to hell.”

Edwards took ownership of the space in December 2011 and spent nearly two years reconstructing it, adding safety features like fire alarms and sprinklers and turning its three floors into four distinct businesses. Without investors or funding, Edwards did most of the work himself with one other contractor, paying for it incrementally through DJ gigs and his video production business.

On the first floor is Blend, a smoothie bar and art space, and 510 Spokes, a bike parking and repair facility; the second floor is a club, restaurant, and VIP room called Vinyl, which has a capacity of three hundred; and the third floor is a concert hall called Grand-Live, which holds five hundred. Edwards installed a DJ booth on every floor, and included amenities like a stripper pole and poker setup in Grand-Live’s artists’ room.

Dividing the space was a deliberate choice, Edwards explained, to avoid some of the problems that have plagued similarly large nightlife venues.

“A big nightclub doesn’t work in downtown Oakland, not like back in 2007,” said Edwards. “That’s a big thing I learned — understanding the difference between clubs and concerts. We have a little of everything.”

The space officially opens in October, but is already operating on a limited basis: Blend has been open in the mornings, Grand-Live has held sporadic concerts, and Vinyl has hosted events like Oakland Live, a showcase of local artists produced by Mistah F.A.B and DJ Twelvz that takes place every Wednesday.

Edwards said future regular events will likely include The People Party and Reggae Gold, both currently held at The New Parish, and the San Francisco party Sound Clash. The annual Halloween party A Nightmare on Broadway will take over all three floors of Venue this year, leaving its former home at the Marriott Oakland City Center. On October 12, the hip-hop battling league King of the Dot will hold its first Bay Area rap battle in four years at Grand-Live; tickets are expected to sell out.

Based on his past experiences, Edwards said he’s invested heavily in security, implementing a plan that calls for one guard per every forty people. But he hopes that increased neighborhood activity will also help keep crime to a minimum: “This block has been busting within the last six months,” Edwards said. “When I first came here, there was no foot traffic downtown.”