Evidence suggests that hearing loss for musicians and fans is getting worse. 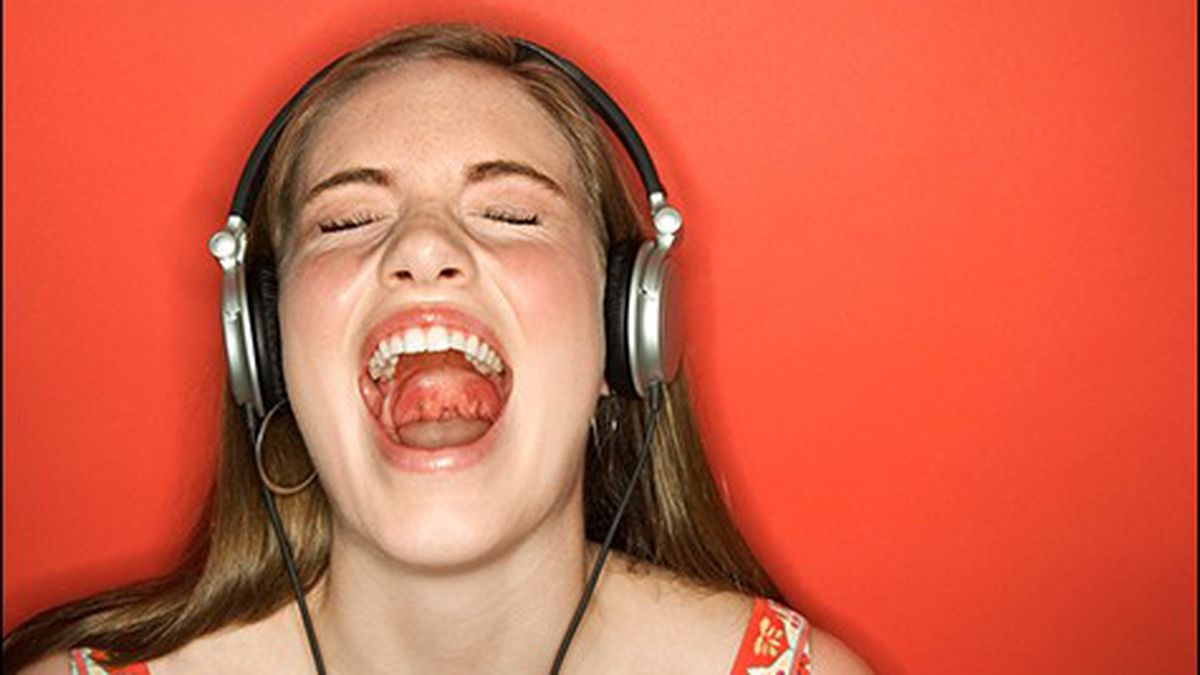 Kathy Peck will always remember the time she opened for Duran Duran, though not necessarily for the reason you might think. It was 1984, and The Contractions, the all-female punk band for which she played bass and sang, had been asked to open for the band — then one of the biggest in the world — which was filming one of the first-ever MTV concert specials at the time at the Oakland Coliseum. “It was a funny combination,” Peck recalls now, given the difference between the two groups’ respective genres, but undoubtedly a huge opportunity for her and her bandmates. For the occasion, Peck borrowed an extra-powerful amp from a friend. “It was great,” she said. “But after that … my ears started to ring and my hearing went down.” Ultimately, she said, it got so bad she could no longer hear normal conversation. “I saw mouths moving and I thought it was a joke. I became deaf for ten years.” When I asked what it was like to not be able to play music, she pauses and closes her eyes briefly. “It was really weird.”

Two decades and a surgery later, Peck has her hearing back, and she’s decided to devote her life to helping other musicians avoid what happened to her through her nonprofit, Hearing Education and Awareness for Rockers, or HEAR, which celebrates its 25th anniversary this year. “Hearing loss is insidious,” she said, sitting in her Lower Pacific Heights home office, a high-ceilinged room adorned in equal measure with musical instruments — Peck still plays and, in fact, recently recorded an album — and plaques, proclamations and the like stemming from her work with HEAR. “It creeps up on you and you don’t know it, and then it’s gone. And people don’t know. So that’s why I’m doing this.”

“Doing this” entails producing public-service announcements, distributing earplugs at concerts, conducting hearing evaluation clinics, and running workshops both for professional groups like the San Francisco Symphony, as well as at local schools.

The facts are startling: A 2009 study of “intentional exposure to loud music” released by MTV and Vanderbilt University found that nearly half of its 2,500 participants had experienced hearing loss or ringing of the ears. In the study’s notes, author Roland Eaves wrote, “hearing loss is so prevalent that it has become the norm,” before comparing the increasing incidence of hearing loss to a speeding bus headed toward a brick wall and alluding to the possibility of a large-scale epidemic.

As Peck mentioned, hearing loss is cumulative, meaning it’s just as likely to come from exposure to moderately loud music over a long time as it is from a single traumatic event. It’s largely for this reason that she (and many audiologists) believe that musicians are at increased — and increasing — risk of hearing damage. “In our industry, it’s just so prevalent,” she said. “So, so prevalent.”

And there’s evidence that it’s getting worse as a result of several macro-level trends. “Essentially, there’s no regulation on how loud something can be,” explained Eliot Curtis, a longtime musician and sound engineer who runs the Oakland recoding studio Tones on Tail. “And people got this idea that it’s a better record if it’s mastered louder.” The phenomenon Curtis is describing is generally known within the recording community as a result of the “loudness wars,” a racheting-up of volume levels on recorded music, and that’s been hastened by the rise in low-quality audio formats like MP3s.

Audiophiles have long bemoaned the trend toward audio compression, but aesthetics aside, audiologists warn that increasingly loud music could spell an epidemic of hearing loss among all sectors of the population, not just musicians — especially when said music is consumed via in-ear headphones, which sit dangerously close to the ear canal. (Many doctors, in fact, attribute the meteoric rise in teen hearing loss — up 31 percent in the last 25 years, according to study published this April in the Journal of the American Medical Association — to in-ear headphones, and earlier this year, New York City Mayor Michael Bloomberg launched a quarter-million-dollar campaign to educate city teens about the dangers presented by personal music players.)

And at the same time, several of the musicians I talked to for this story speculated that live music may be getting louder, too. Part of that’s due to recent venue-design trends toward hard surfaces and little insulation, but many bands also include in their technical riders provisions that their sound levels be set at a certain baseline. “Bands that I’ve seen, like Sunn O))), Acid Mothers Temple, Deerhunter, have a lore that says, ‘These guys play really loud’,” said Ian Staub, who plays with the San Francisco band Metacomet and who has sustained mild hearing damage over the course of more than a decade playing music. (Sunn O))), in fact, includes a minimum noise level provision in its show contract.) “A lot of [levels at live shows] are really high,” Peck said, adding that while some noise restrictions exist for venues, outdoor festivals are all but entirely unregulated. Enacting and strengthening such laws is a priority for HEAR — as is beefing up education programs and increasing visibility, as is putting out PSAs. “There’s just so much to do,” she said with a sigh.

And it’s an uphill battle. Simply maintaining funding is a struggle in an era of continued austerity for nonprofits. Moreover, much of HEAR’s work centers around hearing-loss education programs in schools, but as arts education continues to be gutted, workshops like that are harder to set up and pay for. And then there’s the central, vexing irony of hearing-loss protection among musicians: Strong, full, precise hearing is essential to a musician’s livelihood, but it’s likely that the best way to protect it is to spend less time playing and seeing music. And what earplugs, especially cheaper ones, are designed to do — eliminate noise, particularly at certain frequencies — is precisely counter to the goal of a musician or sound engineer. (This is a large part of why HEAR devotes many of its resources to distributing high-quality, custom-made earplugs at a reduced price to musicians.)

“I think among musicians [hearing loss] is something that is talked about,” said Staub. “But the consensus is often, ‘but [earplugs] makes the music sound like shit, [and] I can’t properly hear myself, thus I can’t perform properly.”

Ultimately, it seems, hearing loss is a hazard of the trade, and a calculated risk. Staub says he’s cognizant but judicious about when he uses earplugs, and Curtis said he “saves up” for loud shows by avoiding earbuds, stranding close to amps, and the like. “It’s a very difficult thing,” said Peck. “The ear is so delicate. We’re just trying to do what we can.”