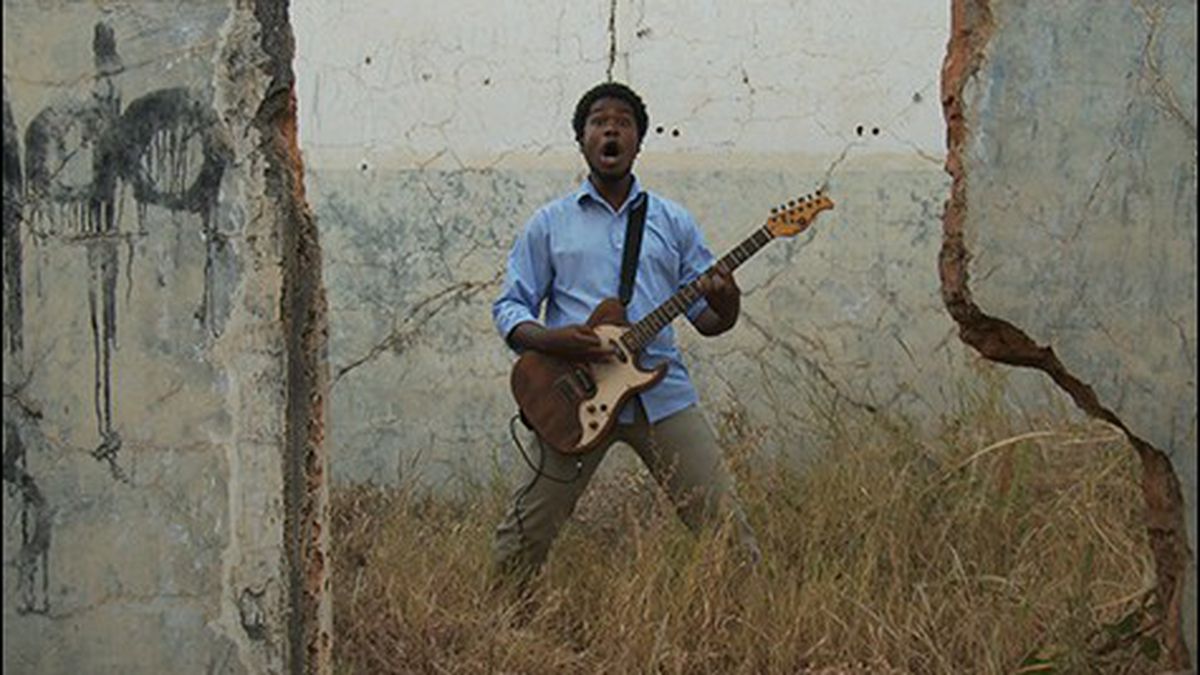 A Guide to Navigating Noise Pop 2014

Our critics pick the highlights of the six-day music festival.

It’s hard to believe that Noise Pop is now in its 22nd year. And while the music fest has grown substantially from its Bottom of the Hill origins, it’s still largely focused on the noble cause of exposing up-and-coming artists. This year’s iteration features six days of more than seventy bands, plus DJs, film screenings, art shows, and happy hours. While the lineup features tried-and-true favorites (Bob Mould, Mark Eitzel, Mark Kozelek, Zach Rogue), there are also plenty of talented upstarts in the mix. Our advice? Venture outside of your comfort zone, and don’t miss the opening bands.

WHAT: Anthemic, distortion-soaked indie rock with big pop hooks and even bigger feelings.

WHY: When Van Pierszalowski was in the local band Port O’Brien, he was known for his overcast, nostalgic indie folk, but in WATERS, he cranks up the amplifiers and the urgency. Out in the Light, released in 2011, was recorded in just ten days, and the rawness rubs off on tracks such as the exuberant single “For the One” and heart-tugging ballad “O Holy Break of Day.” After touring with the Joy Formidable and Vetiver, WATERS has a new lineup and new material (co-written with the help of Chris Chu of the Morning Benders/POP ETC, among others), which it has been testing out all month long during its residency at Brick and Mortar Music Hall. Pierszalowski is also an engaging showman, and his performances are heart-on-sleeve exercises as much as they are Rawk shows.

RIYL (recommended if you like): Churches, Nirvana’s In Utero, earnest rock

WHO: Com Truise WHAT: Skittering, synth-heavy electronic music that pays homage to the Eighties, with an intergalactic, sci-fi vibe.

WHY: Com Truise is one of the many personas of New Jersey producer Seth Haley. A self-described “synthetic/robotic astronaut,” Com Truise will debut songs from his third and forthcoming album, Wave 1, which juxtaposes icy synths with futuristic bleeps and bloops as well as trip-hop beats, lending his music an organic, funky sound. Com Truise also creates remixes for artists such as Sky Ferreira, Daft Punk, Twin Shadow, and Neon Indian, so expect to hear deliciously distorted, far-out versions of songs from those artists as well.

WHAT: Screening of Death Metal Angola

WHAT, REALLY: A documentary that takes a look at an unexpected music scene in the Republic of Angola.

WHY: The South African nation of Angola experienced decades of brutal civil war following its independence from Portugal. How did that translate into the popularity of hardcore and death metal among its youth? Find out in this revealing documentary, which follows couple Sonia Ferreira and Wilker Flores, who run an orphanage in the war-ravaged city of Huambo, as they embark on an ambitious undertaking to put together Angola’s first-ever rock concert, despite many obstacles.

RIYL: against-all-odds metal docs such as Heavy Metal in Baghdad, Anvil! The Story of Anvil, and Last Days Here

HOW MUCH: Free with RSVP

WHY: Hailing from Maryland with roots in Ethiopia, Kelela is a welcome change of pace from the trend of hip-hop and electronic music that’s dominated by ghostly Auto-Tuned vocals. Her voice is startlingly her own, undiluted by overproduction. Kelela’s debut mixtape, CUT 4 Me — which is free to download on her website — manages to be both pop-hook catchy and Suspiria-soundtrack ominous. Imagine if Brandy took downers and discovered she liked darkly snaking synths. Kelela spills her heart out on stage, but never dips into sentimental territory. She’s equal parts guilty pleasure and cutting-edge R&B innovator.

WHAT: Cold Cave is a dash of Eighties new wave, a pinch of goth rock à la Sisters of Mercy, and a generous helping of lush, jangly synth-pop. Sprinkled on top are lyrics about erotomania, love lost, and “buried seeded lies.”

WHY: Listening to Cold Cave is like dunking your head into a frozen-over lake of crystalline synths and goth dance beats. Throw in a brooding, sensual voice and you have a dark sonic landscape you can’t say no to. Lead singer Wes Eisold takes you on a sometimes frantic, sometimes downright theatrical journey, with some tracks polished to a gleaming pinnacle with bold guitar parts and harsh electronics. Intonations from a relentless drum machine are collaged into the vocals, which hold as much romantic longing as Morrissey’s. Listen for new tracks from Cold Cave’s forthcoming third album, tentatively titled Sunflower.

HOW MUCH: Both shows are sold out, but check Craigslist for tickets.

WHY: Real Estate’s 2011 album, Days, is less a collection of individual songs than a pretty, seamless, seemingly effortless expression of feelings — at times nostalgic, wistful, and content. In another band’s hands, those emotions might clash, but Real Estate is able to make them all go down smoothly. Songs from the band’s forthcoming third album, Atlas, which will be released March 4, sound like more of the same — instant transportation to a happy, calm, reflective place.

WHAT: Acoustic-guitar-driven, soul-bearing confessionals and vivid storytelling from the King of Sadcore.

WHY: Fans of sad bastard music are already familiar with the former Red House Painters frontman, but Kozelek’s latest release via Sun Kil Moon, Benji, has a stark literalness to its death-centered tales, as if the singer-songwriter had a lifetime of therapy sessions (real or imagined) he needed to get off his chest. Take “Carissa,” a song about the freak death of his second cousin, which has a stream-of-conscious quality to its lyrics: She was just getting ready to go to her midnight shift as an RN in Wadsworth/And she vanished up in flames like that, but there had to be more to her life’s worth/Everyone’s grieving, out of their minds, making arrangements, taking drugs, but I’m flying out there tomorrow because I need to give and get some hugs. It’s not all downcast — tracks like “Ben’s My Friend” and “I Love My Dad” are even humorous — but Kozelek’s sober observations and matter-of-factness make Benji an accessible, engrossing listen.