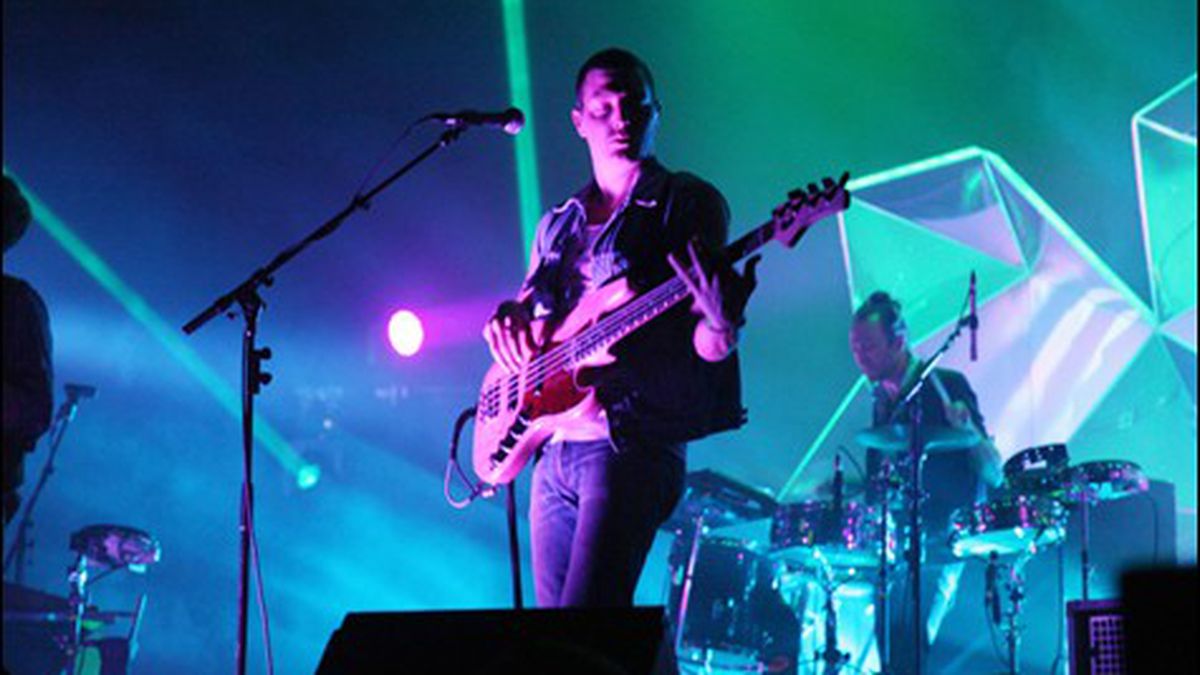 An enthusiastic crowd and creative interpretations of its songs made the Brooklyn band's show at The Fox Theater a success.

It would be nearly impossible for someone who has never heard Yeasayer to try and guess the band’s sound judging by the looks of its audience alone. While the notion that a band can “transcend” genre has become a cliché that applies, to some extent, to most new music, it truly befits the Brooklyn-based quartet. Its sound falls somewhere between rock, pop, and dance, incorporating discernible “ethnic” influences (speaking of clichéd phrases). A dozen different bands come to mind when listening to Yeasayer, from Eighties new wave and synth pop to modern indie rock, with moments of blues- and soul-influenced melodies and instrumentation. The mixed crowd at Saturday night’s show at The Fox Theater reflected Yeasayer’s influences, and was a refreshing “anti-scene” in two major ways: its diversity and the fact that almost every person was full-on dancing at points — not nodding their heads and swaying self-consciously, but actually dancing.

Yeasayer has been touring on and off since late June, promoting its third full-length record, Fragrant World, which was released on August 21. The album name was taken from the title of a song that didn’t make the final cut. According to bassist Ira Wolf Tuton, there were several hundred songs that were considered for the album, but that particular song title/phrase was one that everyone was still attracted to: It was poetic, encompassing, and full of potential for interpretation and imagery. While the eleven songs that ended up on the album seem to sit together well, as if they were written to do so, Tuton said that was largely the result of the final production.

“When you go into the studio and you produce the aesthetic in the same space, using the same tools, and at the same time … that cohesive aesthetic is going to come afterwards,” he said in an interview a few weeks before the Oakland show. He added that all members contribute equally to the songwriting process, with each person providing his own demoed tracks. “Then as we get toward the end of the process, we start seeing which ones fit. The things that don’t make the album, a lot of times they’re ideas or tonalities that we might have already achieved on another song.”

But not everyone was impressed with Fragrant World. While Rolling Stone touts it as Yeasayer’s “hookiest” album, a writer at PopMatters laments its very lack of catchy hooks, and Spin dumped it in its “Worst New Music” file. Like most pop music that falls toward the experimental or psychedelic side, the record might require a few listens before fans really “get” it. The band’s live show, however, was both exciting and accessible, thanks to an ultra-enthusiastic crowd and arrangements that veered from the record in interesting ways. While many electronic bands tend to have prefabricated live shows that end up being disappointing, with too much reliance on samples and presets, Yeasayer creatively reinterpreted every track it played live.

“It feels good to continually move,” said Tuton. “It’s pretty fresh in terms of the way that we’re working on the live show and arranging everything. We continually work on things on the road as well, because the arrangements have to change. There’s a lot of challenges that still exist, which makes it exciting and dynamic … as opposed to just, ‘All right, push play,’ and we’ll just recreate the album.”

The band’s fifteen-song set at the Fox was equal parts new and old material, opening with a dancier, more energetic version of “Blue Paper” from Fragrant World. Like most of the songs Yeasayer played off its new album, the live version came across as fresh, more dynamic, and more engaging than the recorded version. As did new single “Henrietta,” one of the album’s most successful tracks. Beginning with a few funk-influenced electro-pop verses and evolving into an unexpectedly haunting chorus with droning synths and a driving bass line, the song epitomizes Yeasayer’s unpredictability and genre-crossing. The recorded version, which even the harshest critics have called one of the album’s best moments, set the bar high, but the live version surpassed it.

For a band that’s still solidly on the indie radar but not yet mainstream — despite recent appearances on Late Night with Jimmy Fallon and Conan — the crowd seemed to have familiarity with every song played, and so it’s hard to say how much of the success of the show was due to fans’ energy versus inventive live arrangements. But the extra work that Tuton and his bandmates put in to revving up their shows definitely seem to pay off. Throughout the night, songs appeared in sparkling, discoed-up versions of their more cerebral, blander, recorded selves, which leaves you with a greater appreciation of the band’s capabilities.

Of Volleyballs, Ships, and Jackie Chan