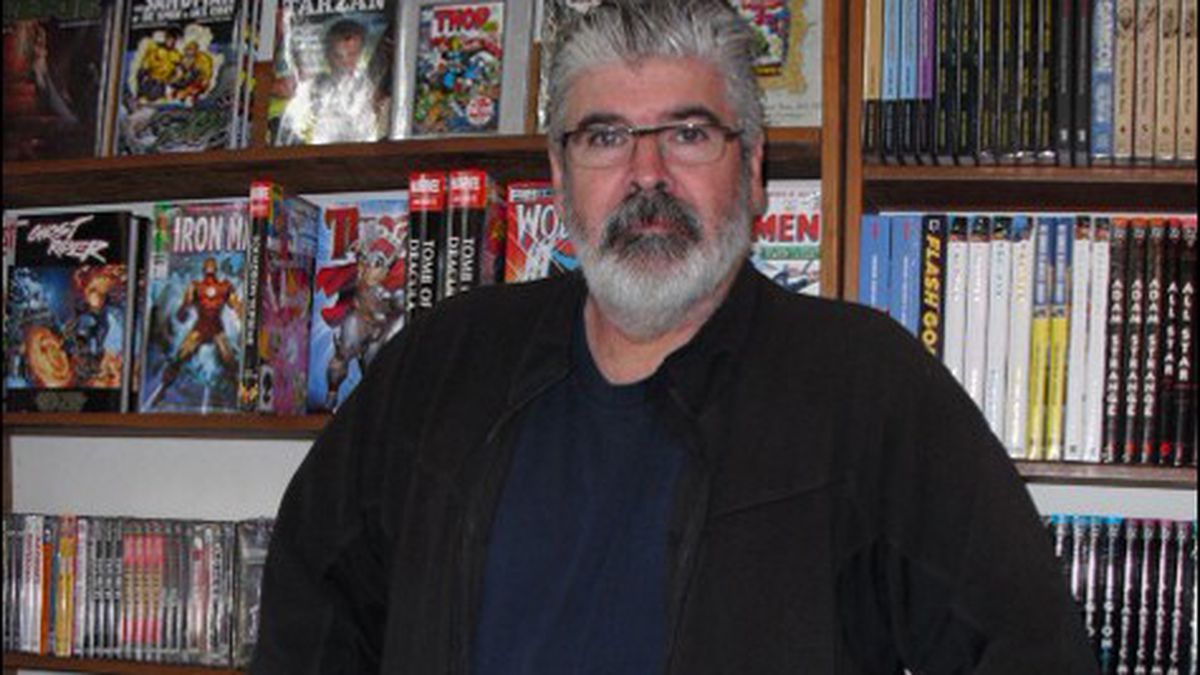 By their very definition, comic book stores don’t cater to fair-weather fans. They’re for the obsessives — those who come in every week and demand the latest installment of Spawn or Green Lantern. A shop like Comic Relief lives and breathes for those regulars, said store manager Chris Juricich. “In any retail store, you want your shelf to pay its rent,” Juricich explained. Since its inception in 1987, Comic Relief has thrived largely on a small core of devotees.

But lately, the Berkeley store has been hemorrhaging customers. Juricich blames cash-flow problems, which caused Comic Relief to temporarily lose its distributor, Diamond. As of right now, the store hasn’t gotten any new arrivals in nearly a month. It faces imminent closure. But that surely won’t be the end, said Juricich, who can’t countenance the idea of a comic institution crumbling into dust.

Naive business practices are partly to blame. When founder Rory Root opened the store in 1987, he wanted it to be all things to all people. “A ‘Comic Bookstore,’ rather than a ‘Comic Book Store,'” Juricich said. “As in, ‘This is a bookstore that sells comics.'” In keeping with that philosophy, Root stocked everything from the superhero perennials to the fringiest ‘zines. To a certain extent, Comic Relief retains that model. It’s known for having a wide selection of indie publications. Cardboard boxes on one of the front tables hold a full alphabetized collection of minis and ‘zines — everything from Optic Nerve to Laugh Riot to Cometbus. Other alternative titles include Joe Sacco‘s Footnotes in Gaza, along with a wide selection of stuff by Jim Woodring and R. Crumb.

Root worked at Comic Relief until his death in 2008, and kept the place alive through sheer zeal. He had a strong network of friends to help when money got tight, which also gave him the leverage to spread himself thin. When Juricich took the reigns as manager about a year ago, debts had accrued. In essence, he would stock too much of what wasn’t selling, Juricich said. He offered an analogy. “Say you have a video store, and you have the top-selling Hollywood stuff that’s doing just fine, and then you also have this large selection of French-English subtitles. Maybe the French ones are great art movies, but they just aren’t moving as fast. So you have to cut back.” Juricich tried to apply that logic to Comic Relief, but it was too little, too late. “Unfortunately, as the manager, there’s only so much I can do other than using straightforward common business sense to keep the place going.”

Then there was the problem of consumer loyalty — or lack thereof. Comics depend on fanaticism, perhaps more than any other industry. The people who really drive the business are those hard-core geeks who come in each week and pay $2.99 for the latest installment. At Comic Relief, most of them are in their mid-twenties to early thirties. They’re old enough to have disposable income, and young enough to spend it on something frivolous.

Juricich used to be one of them. In 1969 he would hitchhike from his hometown of Burlingame to Gary Arlington’s Comic Book Shop in downtown San Francisco, which was one of the only stores of its kind. Comic book stores didn’t really proliferate until the 1980s, he said. They had their renaissance in the early-1990s, when a group of very popular artists from Marvel broke off to form Image Comics, the Berkeley company that created Spawn, Witchblade, and The Walking Dead. There was a speculation boom around that time, as collectors began overstocking on comics that looked like they would rapidly appreciate in value. The market crashed within a couple years, mostly due to large print runs that upset the ratio of supply and demand. In the meantime, comics began appearing in trade paperback format, which allowed consumers to buy an entire series for half the price they would pay to come in every week, and get individual installments. For small retailers like Comic Relief, that might have been the biggest blow yet.

In truth, there are many reasons to think that comic book shops won’t go the way of regular bookstores or video outlets. You can’t really read a comic strip on a Kindle or online, nor can you consume it via live video stream. Still, the industry isn’t inured to cheapskates, said Juricich. Since the rise of trade paperbacks, a lot of fans are holding out for a story arc to finish, and then buying the whole series as hardcover for $26.95. “Then if you’re really cheap,” Juricich said, “you wait an additional six months and buy the paperback for $14.99.” A few years ago, paperback and periodical sales were commensurate. But that changed with the bad economy and increased consumer thrift. Just as many people are forgoing cable and opting to watch entire seasons of Mad Men on DVD, they’re also buying comic books in a cheaper, mass-market package. As a result, so-called “floppy” sales have diminished appreciably.

That’s good news for Borders and Barnes & Noble, which sell the trade paperbacks, but it’s bad for smaller retailers that lean toward the pamphlet industry. To remain competitive, Comic Relief has to find more and more incentives to bring the geeks back in. Not only does it have to keep the shelves stocked, it also has to offer a wide variety of new titles. The sudden dearth of product on the “new arrivals” shelf has been a thorn in the store’s side, said Juricich. After all, comic book fans are fickle creatures. If they can’t get their fix in Berkeley, they’ll just as soon drive to Stand Up Comics in El Cerrito or Dr. Comics and Mr. Games in Oakland.

At this point, one of two things might happen. One is that a surviving relative of Rory Root will purchase the store, address its debt, and revive its name with the current staff in place. The other is that Comic Relief will shutter and reopen in a new location come January. It might operate under a different name, but will probably retain the same management. Whatever the outcome, we’ll know soon. Juricich is surprisingly optimistic. “In an ideal world, we’d like to keep the name alive, because it’s a good brand with a world-class reputation,” he said. “We’ve just got to build the brand back up.”