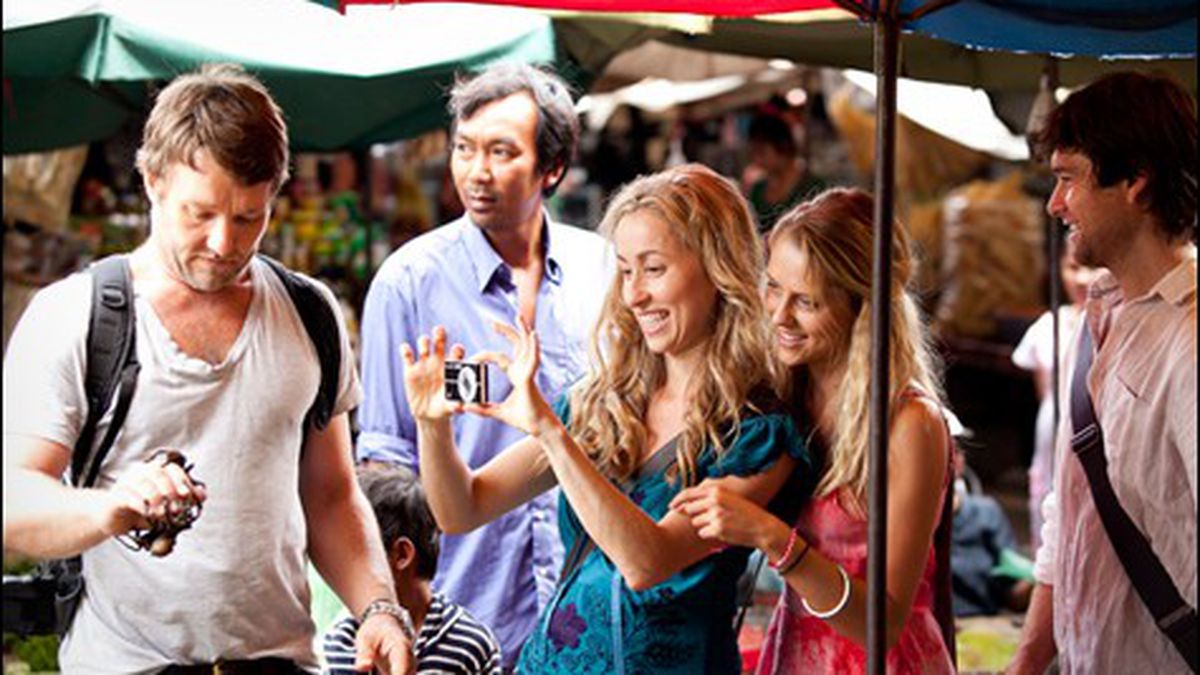 Wish You Were Here

What happens in Sihanoukville, stays in Sydney.

Alice (Felicity Price), her husband David (Joel Edgerton), her sister Steph (Teresa Palmer), and Steph’s boyfriend Jeremy (Antony Starr), a double-date gaggle of thirtysomething Australians, are having high times on vacation on the southern coast of Cambodia. But something fishy is going on, in Kieran Darcy-Smith’s iffy, thrillerish character study Wish You Were Here.

Maybe it’s the Ecstasy they all drop before the big rave on the beach, blurring their subsequent memories. Maybe it’s David’s recurring recollection/dream about waking up in a trash dump at dawn and stumbling back to the hotel. But certainly it’s the fact that Jeremy, a smooth import/export businessman who speaks fluent Khmer and Vietnamese, turns up missing after the beach party. Alice, David, and Steph return home to Sydney without him and a police investigation begins, but none of the three is telling the whole truth, about anything. Rotten revelations eventually surface.

Wish You Were Here is the latest US release from Blue-Tongue Films, the collective that made Animal Kingdom, The Square, and Hesher, and which includes director Darcy-Smith and actor-filmmaker Edgerton. The screenplay, co-written by the scene-stealing Ms. Price with her husband, the director, is less a procedural than a marital character study. That’s fine, but we wish we could have seen more of Alice and David and less of Jeremy’s murky dealings in the Cambodian underworld. The film is not dishonest or cheap or simple-minded, but it should have spent a little more time setting up A & D’s troubled relationship, and giving Price, a very fine actress, more room to work. What happens in Sihanoukville shouldn’t necessarily stay in Sihanoukville.

The News in Haiku: Puppies, Yelp, and Raps About Cilantro