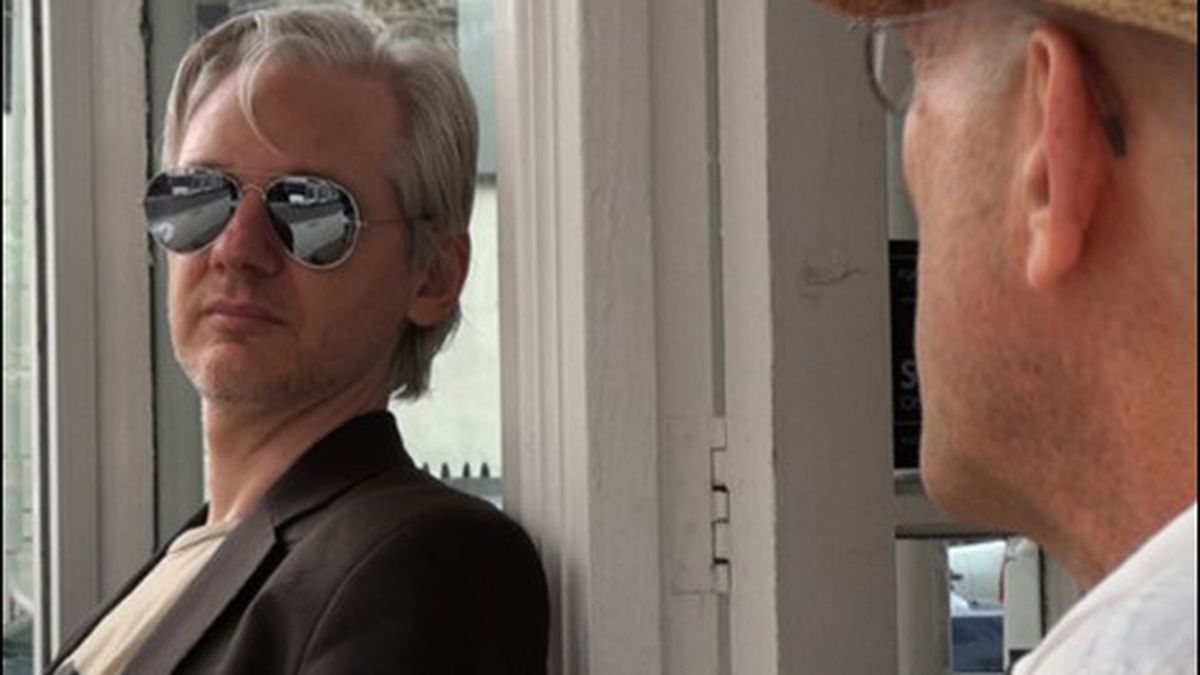 We Steal Secrets: The Story of WikiLeaks

Play it where it lies.

There are no easy answers to any of the questions prompted by Alex Gibney’s documentary We Steal Secrets: The Story of WikiLeaks. That’s understandable — the subject is as complex and philosophical as anything on our topsy-turvy map of current events.

The first valuable thing Gibney’s doc does is to fill us in chronologically on the life and times of Julian Assange, the Australian-born hacker/truth-seeker/gadfly who set up WikiLeaks as an online “intelligence agency for the people.” The second is to background WikiLeaks’ number-one scoop, surely one of the top news stories of the youngish century so far: Army Pfc. Bradley Manning’s alleged wholesale downloading and passing on of classified US military communications in 2010, an event that changed the ballgame forever. We Steal Secrets‘ immediate value for us, the disinterested-but-engaged citizens of the world, is to lay out the situation as it stands right now.

Manning is almost as enigmatic as Assange. The Oklahoma native reportedly enlisted in the Army for college money, then landed an assignment as an intelligence analyst with top-secret clearance. The things that passed before his eyes disturbed him, and evidently sometime during his tour in Iraq his access to sensitive reports and his emotional need to share reacted with each other. The trickle of classified information sent to WikiLeaks turned into a torrent, including the notorious “collateral murder” video footage of a US helicopter firing on what turned out to be a group of Reuters journalists, employees, sources, and innocent passersby in Baghdad, 2007.

WikiLeaks eventually received more than 90,000 documents containing US military and diplomatic secrets revolving around Iraq and Afghanistan, most of which were posted. Manning was arrested in May 2010 and charged with 22 separate crimes. His trial is scheduled to begin this week. The fact that Manning is openly gay and had sought mental-health treatment from Army doctors no doubt adds to the extreme prejudice against him. To his supporters, he’s a courageous whistleblower whose moral stance may have inspired the “Arab Spring” uprisings; his detractors see him as a traitor — at least one of his indictments carries the death penalty.

Manning’s alleged leaks represent only a fraction of the WikiLeaks portfolio, however. What really ticked off the US government was WikiLeaks’ partnership with The New York Times and the UK Guardian to splash the Iraq and Afghan War Logs, also in 2010 — an “industrial-scale leak” that had Fox News commentators calling for a drone strike on Assange’s head. Certain “lickspittle states” were embarrassed. Donations to WikiLeaks were blocked. Assange’s hot water reached the boiling point when he was sought for questioning in sexual assaults on two women in Stockholm, Sweden — charges Assange claims are a trumped-up pretext for his ultimate rendition to Guantanamo, or worse. After hiding out in rural England, he sought asylum in the Ecuadorian embassy in London, where he now resides.

Gibney — maker of Enron: The Smartest Guys in the Room and Taxi to the Dark Side — raises a multitude of thorny questions, the largest of which is: Do we really need secrets? Ultra-hacker Adrian “bradass87” Lamo, former NSA and CIA director Michael Hayden, and British investigative reporter Nick Davies, among others, weigh in on the subject for the camera with no clear consensus. Assange himself refused to talk to Gibney, presumably because the film pries into such things as Assange’s cult of personality, as well as his refusal to cooperate with the Swedish investigation.

Moral and ethical quandaries abound. WikiLeaks publishes the sort of info that gets people killed. Whose blood is on whose hands? If, as Manning claims, the war logs are public data, does the public’s right to know always supersede national security? Why is it that, in the case of those disclosures, the outrage was aimed at Assange, and not his media partners? Did Assange ever lie to his supporters and the public? If so, how often, when, and concerning what? Who actually receives WikiLeaks donations, the org or Assange himself? What’s this about WikiLeaks’ non-disclosure contract for its reporters? Another biggie: Manning pled guilty to downloading carloads of Pentagon secrets without anyone noticing. Why has no one held his supervisors responsible for such lax security? And what exactly is “transparency,” anyway? Finally, there’s the issue of Noble Cause Corruption — if a crime is committed to prevent or punish a more serious crime, does the end justify the means?

Gibney’s provocative, challenging film is that rarity that stimulates a wide variety of discussions having almost nothing to do with personalities. It arguably furthers WikiLeaks’ stated purpose of defending human rights — but with a necessary whiff of the investigative filmmaker’s instinctive skepticism. See it, then talk about it.