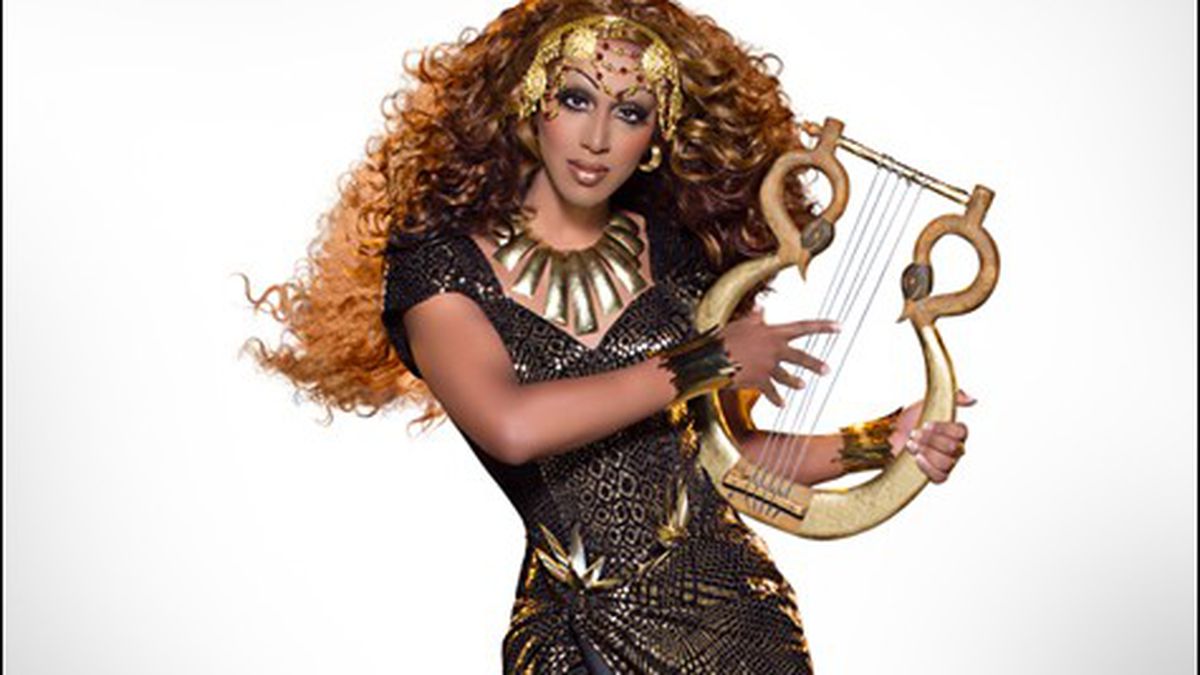 She'd be the first to hail from San Francisco.

When Honey Mahogany and VivvyAnne ForeverMORE wrapped up their lip-synch duet to Monica and Brandy’s classic R&B hit “The Boy Is Mine” on a recent Friday at The Stud Bar in San Francisco, they immediately switched gears from glam sassiness to comic sassiness. “Oh that lip-synch we just did?” said Honey, gingerly dabbing the sweat off her immaculately penciled brow, smoothing back her massive braided wig, and leaning in to give an exaggerated wink to the audience, “That shit was conceptual.”

The audience drunkenly hollered in delight. That’s because at The Stud’s weekly drag showcase — called, descriptively, “Some Thing” — Honey is decidedly more Beyoncé than Lady Gaga, channeling more of a larger-than-life Diana Ross with a tempered dose of comedic diva theatricality than a self-serious reflection on the absurdity of the gender binary. In the context of the sometimes-heavily-experimental performance-art leanings of many of her San Francisco peers, Honey is sweetly digestible, but her main grace lies in being able to float seamlessly between all camps. Soon, that skill may prove to be especially useful.

This Monday, Honey — who until recently spent most of her working days going by her given name, Alpha Mulugeta — will mark her debut as a contestant on the fifth season of the cult-hit reality TV show RuPaul’s Drag Race, a runway and performance competition in search of “America’s next drag superstar.” Somewhat surprisingly, Honey’s appearance marks the first of a San Francisco contestant in the show’s four-year history, despite the city’s diverse and thriving drag scene. From the rumor that Ru has a long-standing beef with the city to the assertion that San Francisco queens are too “edgy” for national television, it’s anyone’s guess as to what made Ru hold out on San Francisco for so long. Whatever it was, Honey Mahogany happened to be just the queen to change her mind.

Mulugeta — who was born and raised in San Francisco and comes from a Roman Catholic Ethiopian family — first dipped into the world of drag while in college at USC, when a friend asked him to be in a film he was shooting, mostly because he was the only man he knew that would “look great in a dress.” After dabbling in drag a few more times, Mulugeta left the scene until he entered grad school in social work at UC Berkeley. At the time, he had “many more lesbian friends than gay friends,” so he began making appearances at various lesbian clubs in Oakland, often performing alongside burlesque dancers and drag kings. He also started frequenting some more experimental drag shows in San Francisco, including Tranny Shack and the now-defunct cabaret favorite Pink Slip. It was from this marriage of lesbian clubs in Oakland and avant-garde drag shows in San Francisco that Honey Mahogany — whose name comes from the two shades of Revlon makeup that blend to match her caramel-colored skin tone — was officially born.

In the meantime, Mulugeta was determined to finish his degree. While studying at Berkeley, he supported himself partially by being a resident advisor for the freshman dorms. At the time, he and another RA were obsessed with Tyra Banks’ delightfully catty America’s Next Top Model, and decided to stage a gender-bending twist on the national favorite. In 2008, amidst the overtly Type-A scavenger hunts and dance marathons of the Berkeley freshman dorms, they debuted the very first “Berkeley’s Next Top Drag Performer,” and were shocked at the massive turnout. “We held it in the dining commons, and there were people literally watching from the windows because they couldn’t get in,” Honey said. Best of all, she said, “people participated who weren’t queer-identified at all; there were jocks, girls from the ‘Women in Science and Engineering’ dorm …. It made it exciting and wonderful to watch.”

Several months later, RuPaul debuted her show, RuPaul’s Drag Race, on the LGBT-oriented cable channel Logo, and it quickly became the most-watched series in the channel’s history. “It was hilarious to me,” said Honey. “I was like, ‘Is Ru watching me?!’ It was probably just some sort of synergy.” The Berkeley competition has happened every year since, and — with more than six hundred attendees per year — is one of the freshman dorms’ most popular events. Despite her newfound fame, the ever-gracious Honey is still set to host this year’s iteration of the drag celebration.

After graduating in 2009, Mulugeta moved to San Francisco and became a full-time social worker by day and drag queen by night. Working as a program director at the Rainbow Community Center of Contra Costa County — which offers counseling, youth programs, HIV-testing, and case management — Mulugeta became used to “keeping a strong line dividing my job as a drag queen and my job as a social worker.” Honey also worked on her burgeoning music career, writing and singing her own soul-inflected, old-school-inspired songs. She would often sing live during her sets, rather than lip-synch — unusual in the drag scene.

In 2012, she decided to submit a video trying out for RuPaul’s Drag Race, and was accepted. Filming started almost immediately after she found out she’d be on the show, but while she was mentally prepared to perform for cameras, she wasn’t so prepared for the other aspects of reality television. “It’s funny. I went into the competition thinking this is a performance, so I’m gonna perform perform perform my ass off,” she said. “Then I got there and was like, ‘Oh! This is also reality TV.’ All the other bullshit, I wasn’t necessarily mentally preparing myself for, and I definitely had to make an adjustment.” Besides having to figure out things like how to make her own outfits for the runway competitions (“I am not a seamstress; I had never sewn before in my life!”), Honey realized that the diverse drag scene in San Francisco is something that shouldn’t be taken for granted.