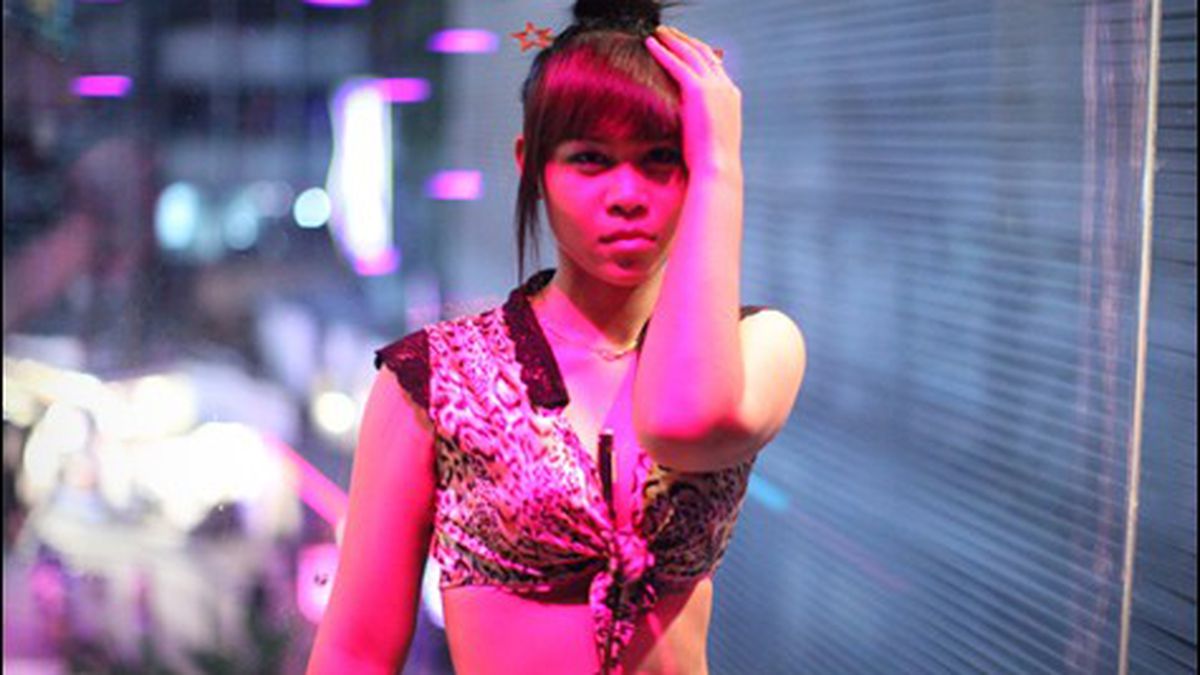 Whores’ Glory seems to be selling itself as a serious, unvarnished, ultra-modern, world-is-flat documentary about the world’s oldest movie subject. But an exposé of prostitution is a disingenuous field of inquiry in the first place. Too many old-fashioned exploitation pics called themselves exposés while delivering forbidden sex under the noses of censors. Even for seasoned doc-makers like Austria’s Michael Glawogger, the temptation to sell an un-documentary-like amount of tickets by showing us what goes on in bordellos in Thailand, Bangladesh, and Mexico must be overwhelming.

These are some of the questions this unrated, extra-frank doc provokes. According to the filmmakers, it’s the final film in Glawogger’s “globalization trilogy,” alongside Workingman’s Death (a grim survey of the “world’s worst jobs”) and Megacities, a similarly pessimistic travelogue. Glawogger, in common with many other documentarians, is obviously appalled by the cruelties of the global economy. Commoditized sex is a part of that larger discussion, and he’s determined to dwell on the ugly side of the topic as the women describe their lives for the camera. We pass through the eye of the needle and learn how the world works, for better or worse.

The film is divided into three separate segments by location, without narration. At the Hi Class massage parlor off Rachadapisek Road in Bangkok, the masseuses sit in ordered rows behind a picture window, “fishbowl” style, with customers ordering by number for a two-hour session. It’s a smooth operation reminiscent of a cocktail lounge in an upscale hotel, and during breaks the employees chitchat like office workers, complaining about the lack of customers and sizing up their earning potential. There’s no shame involved for the workers, all Buddhist, and even the customers (mostly Thai men with a few foreign tourists) are candid on camera, crediting the parlors with saving their marriages. On their girls’ night out, a few of the workers make a beeline for a “host bar,” where they spend their cash on handsome, well-mannered young Thai bar boys.

Bangkok seems like Beverly Hills compared to the City of Joy in Faridpur, Bangladesh, a foul warren of dingy, depressing cribs where heavily made-up females ranging in age from what seems like twelve to over forty cater to a clientele of working men, while goats wander the halls. The atmosphere is rough and hard-sell, and the inmates are bitterly humiliated. (“Men don’t realize how we sacrifice our sense of shame for money,” says one.) Muslim Bangladesh is poorer than Thailand, something that’s reflected in the madams’ hard-hearted bargaining for young girls from the provinces. No one becomes a whore for anything other than money. Unlike in Thailand, in Bangladesh prostitution is a life sentence — once you’re in, you and your family are stigmatized forever.

If Bangkok is the fast lane and Faridpur is the sewer, then the Zona Tolerancia in Reynosa, Mexico, across the river from McAllen, Texas, is the classic Tex-Mex border Night Town, reeking of violence and soaked in Roman Catholic imagery, where pickup trucks full of gleefully drunk men drive by the painted ladies’ doorways. In this hallucinatory atmosphere, the girls smoke crack, drink too much beer, philosophize with each other, and fervently pray to the Death Angel, but always with a distinct moral outlook. They realize they’re doomed, but inside that condition there are rules of conduct. In interviews, Glawogger has explained that his choice of settings for Whores’ Glory was dictated by the amount of access he could obtain. In Mexico, seemingly anything goes.

Wolfgang Thaler’s cinematography is lustrous, and the whorehouse jukebox playlist — heavy on PJ Harvey and CocoRosie, with plenty of traditional Mexican tunes for Reynosa — ostensibly reflects the women’s emotions, even though their own words are eloquent enough. At the end of this sad tour, Glawogger and his subjects leave us with a combination of despair and a plaintive, fatalistic romanticism that could only be invoked by the collision of sex and money. Whores’ Glory, but no one ever wins.

Your Daily Lick: Crime in Choir