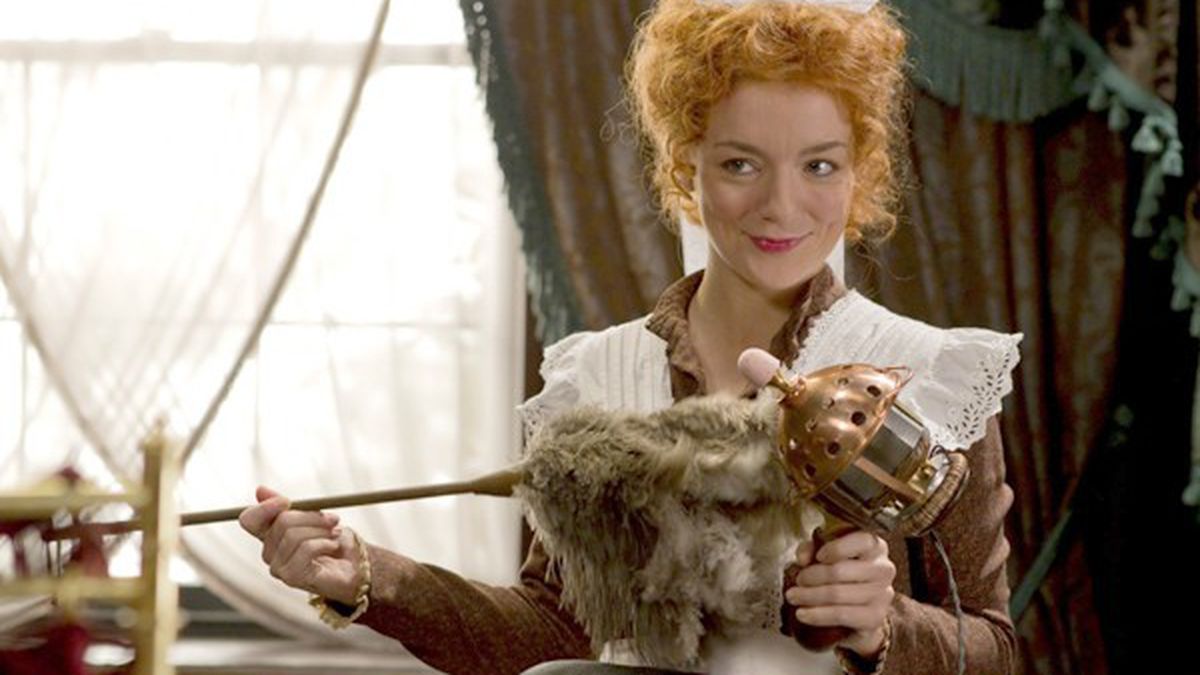 Young physician Mortimer Granville (Hugh Dancy), a conventional but generous-natured sort, moves up in the world when he joins the practice of Dr. Robert Dalrymple (Jonathan Pryce). Their wealthy female patients greatly enjoy having their private parts manipulated to relieve their “nagging thoughts,” but the procedure takes an hour and fatigues the doctors’ digits. Then up pops the new invention and satisfies everyone but Dalrymple’s feminist, socialist daughter Charlotte (Maggie Gyllenhaal), who runs a settlement house charity with her own limited funds, for the benefit of people who can’t pay for their decidedly more urgent health needs.

One man’s “paroxysm” leads to one woman’s blessing as Mortimer discovers there’s more than one kind of hysteria, and laughs ensue that won’t make anyone wince. Director Wexler, working from a screenplay by Stephen Dyer and Jonah Lisa Dyer, adapted from an idea by Howard Gensler, portrays the film’s class tension as another facet of the disconnect between Victorian manners and messy, unmentionable real life, with fine support by Rupert Everett as an electronics whiz and Felicity Jones as the doctor’s rather vacant other daughter, who never quite catches the buzz. If you could find a movie house that’s showing both Hysteria and Whores’ Glory, you’d have the makings of a memorable date-night double feature — with the right open-minded date, that is.

Corrections for the Week of August 25

Chiddy Bang and the New Nostalgia