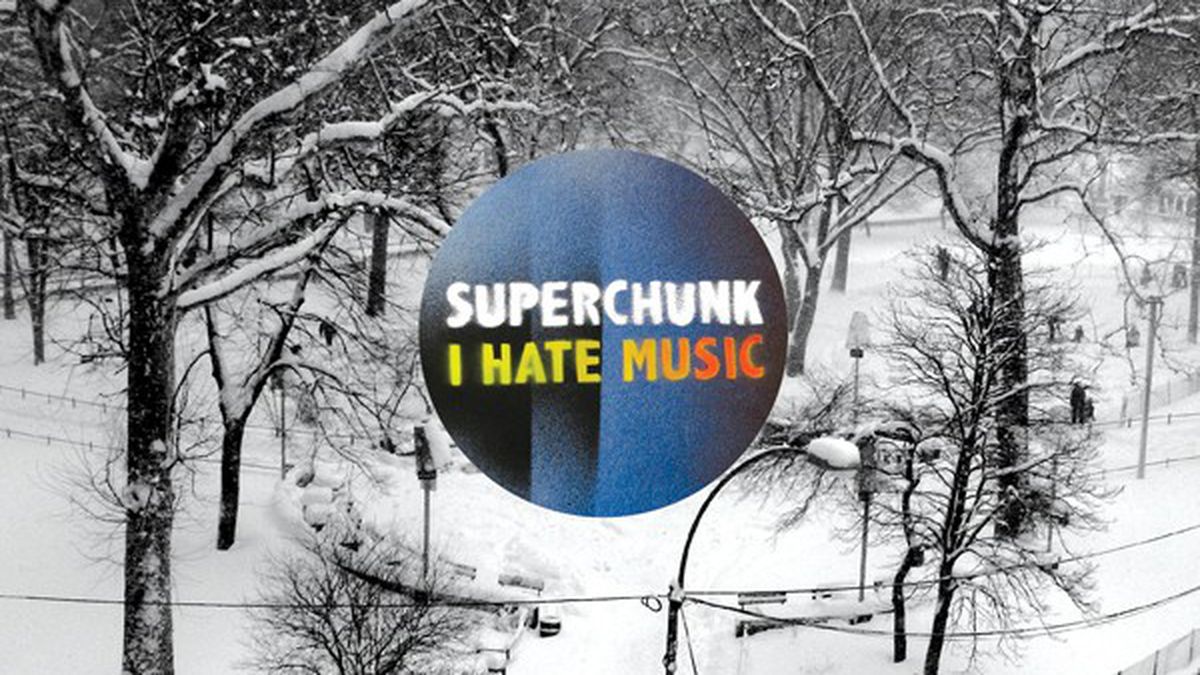 Nineties indie-rock bands shrugged off rock-star ideals in favor of touring the country in a beater van, but few have endured the lifestyle for as long as Chapel Hill, North Carolina’s Superchunk. On its tenth album, I Hate Music, the power-pop-meets-punk quartet proves that DIY bands can grow up and improve. It contains some of the most searing, empathetic anthems of the year: Wistful opener “Overflows” establishes the album’s theme of loss via a slow build that culminates with singer Mac McCaughan’s yowling Let’s go, don’t let go, let go!; “Me & You & Jackie Mittoo” ruminates on mortality over a muscular guitar hook; and the five-minute closer, “What Can We Do,” is as emotionally raw and rollicking as anything the band produced in its salad days. (Merge)

From the first note of Michael Beach’s debut album, “Golden Theft,” there’s a deep sense of urgency, as if the San Francisco songwriter has had these songs bottled up inside him for years. The music is raw and simple — only guitar, vocals, and drums — but the intensity with which Beach renders them sets his style apart from average folk. Opener “The Exhilarating Rise” kicks off with a guitar build that grows more anxious as the song unfolds, but never breaks into the anthemic chorus you’d expect. The intro of “Straight Spines” is straightforward pop-rock, but slight shifts in tempo break the melody’s momentum, taking it into noisier territory. Beach also includes a few epic ballads in the vein of early Bob Dylan, including closer “Eve,” in which he recalls a joyride with Henry Miller, Jane Austen, and Jesus Christ. The lyrics are startlingly poetic and packed with humorous literary and biblical references. Like a great author, Beach offers no easy answers. He ends Golden Theft like he starts it, lost and broken, but also full of joy. (Twin Lakes Records)

Sky Ferreira’s debut album, Night Time, My Time, isn’t perfect, but it’s still one of the best pop albums of the year. The 21-year-old has a gift for Eighties-inspired pop-rock songs with big sing-along choruses. And her dark, revealing lyrics further distinguish her music from the bland, generic pop that’s on commercial radio. The album’s standouts include the single “You’re Not The One,” a synth-pop tell-off to a boy who has mistreated her; the guitar-heavy, Hole-inspired “Nobody Asked Me (If I Was Okay)”; the self-aware pop ballad “I Blame Myself”; the noisy love song “Heavy Metal Heart”; and the early-Madonna rip-off “24 Hours.” There are a few duds, especially Ferreira’s attempts to imitate no wave and punk, but they’re worth suffering through for the gems. (Capitol)

Veronica Falls, Waiting for Something to Happen

London-based quartet Veronica Falls shows great maturity on its sophomore album, Waiting for Something to Happen, by transforming the cliché of lost youth into polished, personal music. The album is driven by strong, memorable melodies: Opener “Tell Me” is as urgent as its title suggests, with jangly guitar building into a rollicking, mid-tempo pop song; “Shooting Star” has restrained boy-girl harmonies and a sulking bass line that adds subtle catchiness in the vein of Nirvana’s “Lithium”; and energetic anthems “My Heart Beats” and “So Tired” have choruses that beg to be chanted on a dance floor. Call it twee, noise pop, or goth-pop — Waiting for Something to Happen is packed with solid songs, start to finish. (Slumberland)

Cass McCombs, Big Wheel and Others

Bay Area native Cass McCombs’ ambitious seventh album, Big Wheel and Others, is a huge leap forward for the singer-songwriter. He stretches himself beyond the woozy country ballads he’s known for, edging into rock and even jazz territory, but he manages to keep things cohesive. His obsession with the weird aspects of America takes the listener to strange places filled with odd characters, but he grounds his songs in warm, inviting melodies. Highlights include both versions of “Brighter!,” one sung by him and the other by late actress Karen Black; the Leonard Cohen-reminiscent ballads “The Burning of the Temple, 2012” and “Everything Has to Be Just-So”; and searing, bluesy rockers “Big Wheel,” “Satan Is My Toy,” and the Thin Lizzy cover “Honesty Is No Excuse.” (Domino)

David Bowie, The Next Day (ISO/RCA)